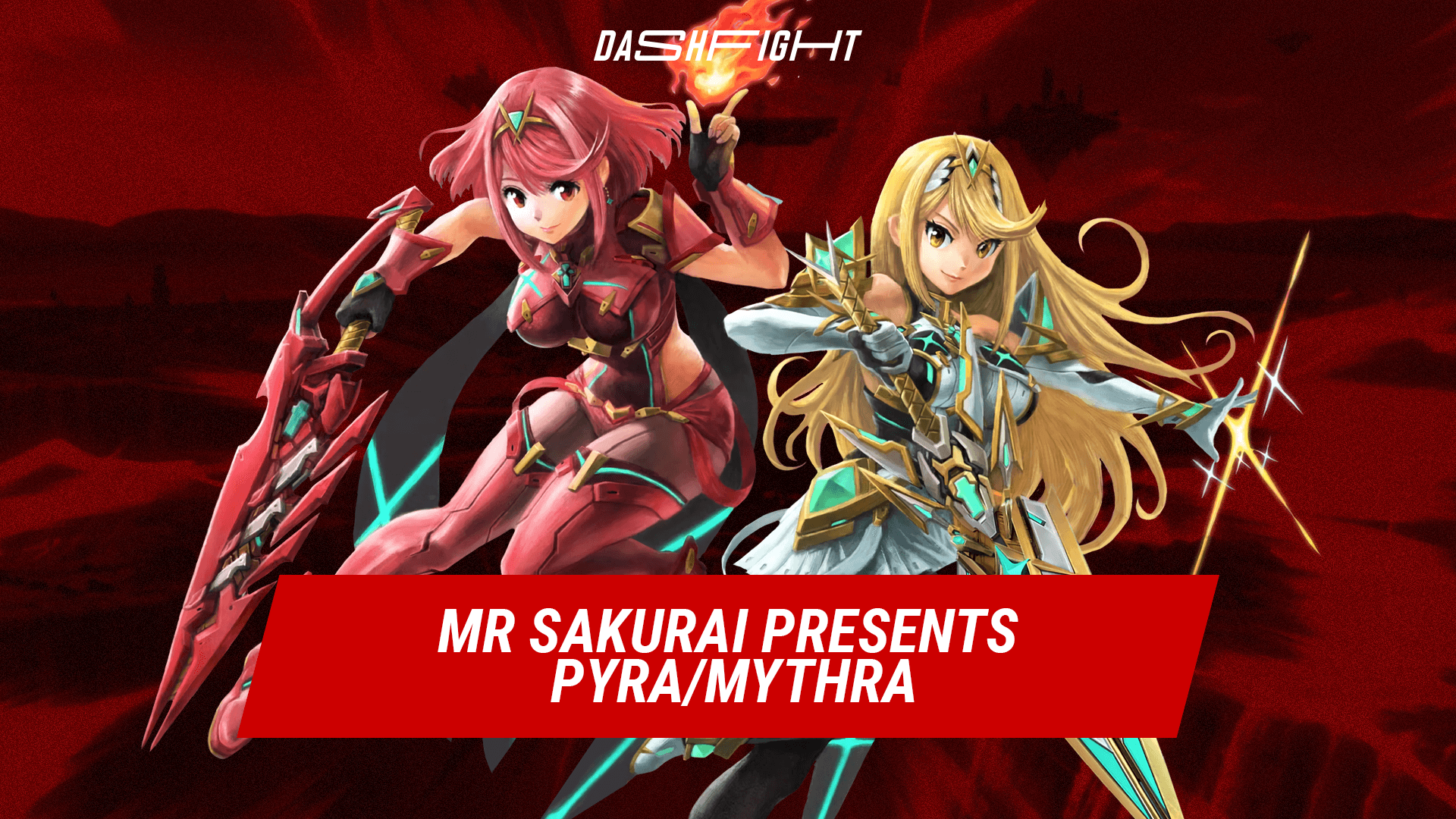 Have you watched the recent Nintendo Direct, where the company revealed the addition of Pyra/Mythra to the roster of Super Smash Bros. Ultimate? The initial trailer is pretty awesome and makes everyone wonder what this character can actually do in the Nintendo fighting game.

A fresh portion of Smash greatness is already here - Masahiro Sakurai has made his full-fledged presentation. And something absolutely wonderful from it is the release date. Pyra/Mythra is available now.

The previous such presentation was about Sephiroth.

So, let's see how the game creator and director is showing how to play Pyra/Mythra in Smash Ultimate.

Pyra and Mythra are not two different persons, they are rather two sides of one personality. Pyra is an embodiment of kindness and good manners. Mythra is of a short temper and can behave even aggressively. This character was created by awakening one of the mythical Crystal - to fight the evil guy Malos, who appeared from another Crystal. Mythra was first, but then she saw the destruction caused by her actions, so she created an alternate being, Pyra. They both are alive swords of a Driver, Rex. Their story has been told in the Nintendo game Xenoblade Chronicles 2.

To recreate the atmosphere of that adventure, the developers have added a stage from Xenoblade Chronicles 2 to SSBU. It’s named Cloud See of Alrest, and it looks like an alive creature, Azurda (Gramps). Sometimes, this Titan turns the head back to watch other giant creatures (and mechanisms) flying by, so the stage becomes smaller, and fighters may have problems with recovery. Omega and Battlefield versions of Cloud See of Alrest have no Azurda  - they are mechanical platforms. Other characters from the original game can be seen on the stage.

Moveset of Pyra and Mythra in Smash Ultimate

Sakurai-san has explained attacks and special moves of new fighters in detail (like he did with Sephiroth and Minecraft Steve/Alex earlier).

Difference between Pyra and Mythra in Smash Ultimate

Pyra is more powerful. Mythra is a faster fighter. The difference during fights becomes more evident with Special/Smash attacks - their neutral game is roughly the same, but Mythra is quicker, and Pyra deals bigger damage and reaches a bit further.

Basic Attacks of Pyra/Mythra in SSBU

These attacks have been taken from the original game.

Final Smash of Pyra and Mythra in SSBU

The girls have different Final Smashes.

Different colors of Pyra and Mythra in Smash Ultimate

Take a look at the available color variations for these characters. They may be used to confuse your opponents - to make them see Pyra when you’re actually playing Mythra and vice versa.

If Kirby swallows Pyra, he gains Fame Nova for the Copy Ability. And it’s Lightning Buster for Mythra.

You’ll find a few Smash spirits from the universe of Xenoblade Chronicles. Some of them were added with this DLC fighter: Jin, Malos, Lora, Amalthus, and Pneuma.

Take a look at these new costumes for Mii fighters. They are:

It seems like Nintendo has good relationships with Capcom, the company behind all those games. Does it mean we can expect even tighter cooperation Smash and Street Fighter?

It’s the 9th set of Mii Fighter Costumes. Please, check out some others: 6th and 8th.

The ability to freely switch between Pyra and Mythra is similar to Pokémon Trainer or rather to Zelda and Sheik in Melee. Do you like such a feature?

It's interesting to try out Pyra/Mythra in action. And also, it would be great to see them at professional tournaments - for example, at events of Smash World Tour.

Stay tuned to DashFight on Facebook, Twitter, and Discord to always get exciting Smash news and helpful articles.