EugeneZH
Dec 24 20203 min
React container will be here soon...
Pic Source: Nintendo YouTube
They would be good Smash characters, but it’s still great to have them as Mii outfits

Do you like Mii Fighters? Their costumes give the developers a very good opportunity to add lots of new personalities into Super Smash Bros. Ultimate without adjusting (and potentially ruining) the game balance. On the other hand, these costumes are rather a faded substitute to having fully-fledged characters - imagine you wanted that guy so badly, and then you get him but only as a Mii Fighter (it’s still better than an SSBU spirit, though).

Let’s focus on the positive side of Mii Fighters and take a look at their five new costumes. These outfits were added to Smash Ultimate with the most recent update, which also brought Sephiroth to SSBU players.

I don’t know about you, but this is my personal favorite. Chocobos are so cute, I would like to ride them all day)

Of course, it’s just a hat, but it is absolutely gorgeous. It’s made in the style of big birds from the Final Fantasy series. Such a hat would fit many other costumes of Mii Fighters. 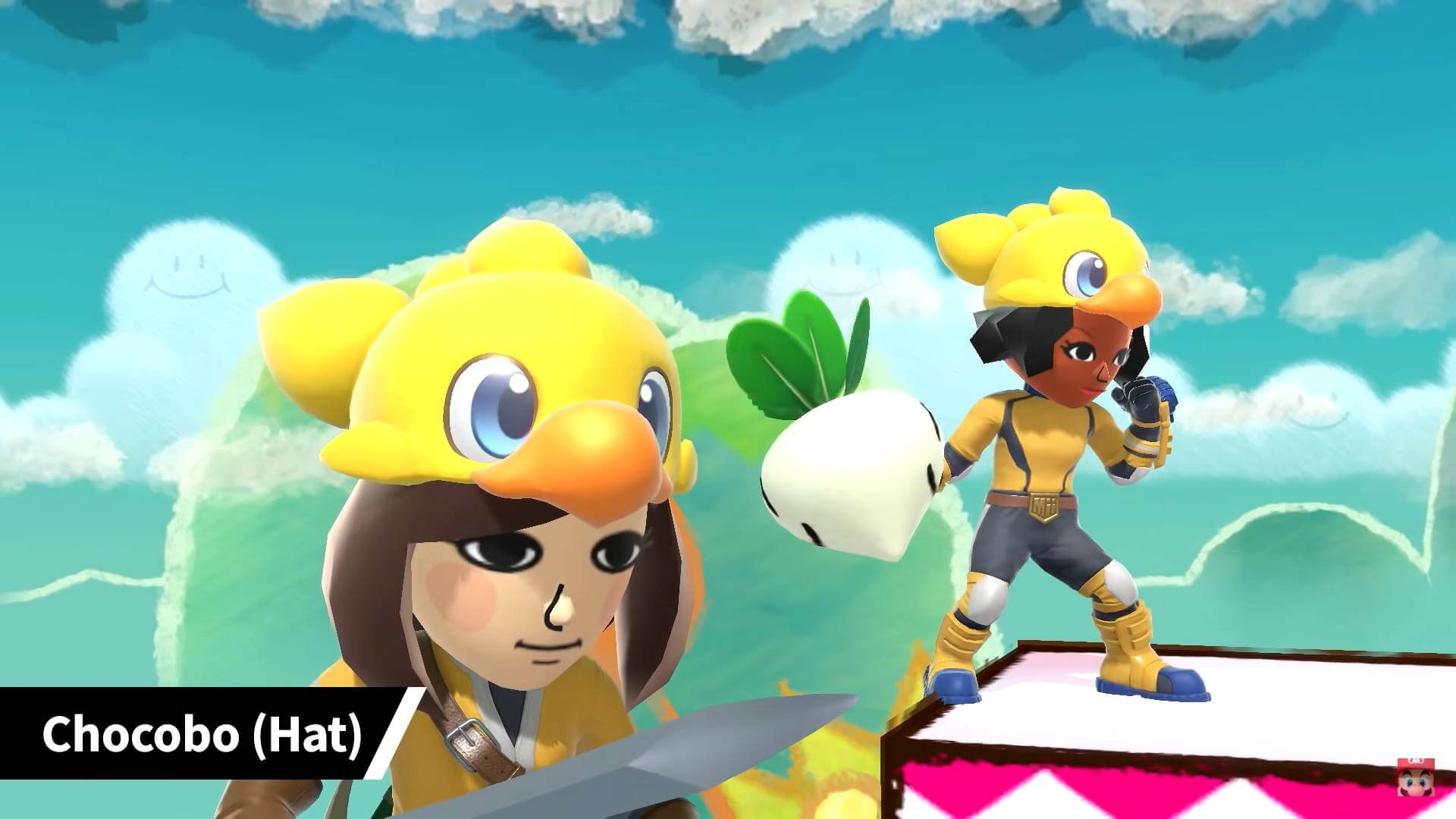 At last, after a fake leak and many rumors, Nintendo treated the fans of Mario RPG to having this guy.

The only Mario game with Geno is Super Mario RPG: Legend of the Seven Stars, which was developed by Square - so, the addition of this hero with Final Fantasy characters seems to be quite natural.

Geno costume is available for Mii Gunner in Smash Bros. 4 as well. 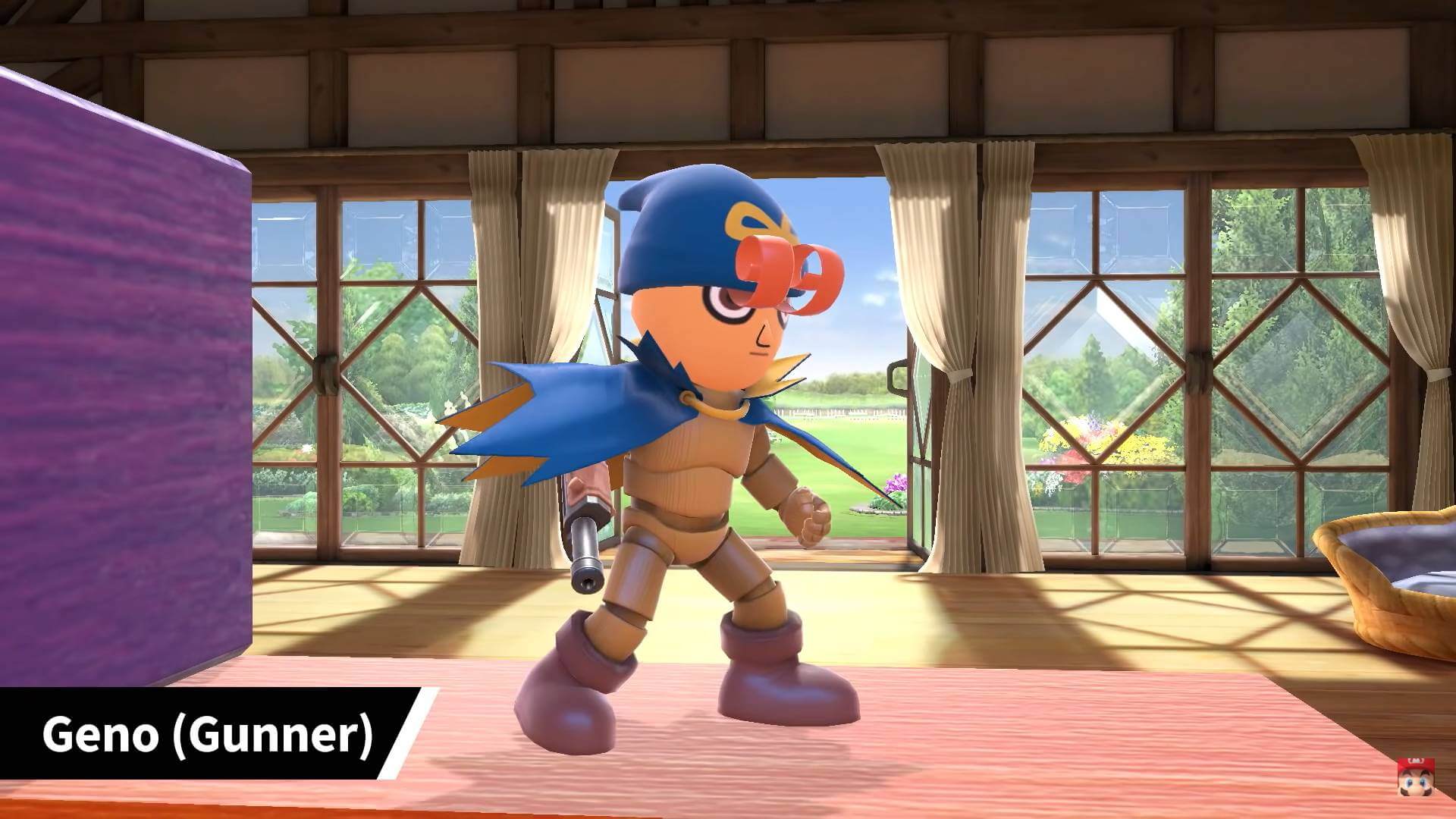 Some Final Fantasy fans consider this character a not very good sword fighter. In FFVII, she is a supportive member of the team - but such a role isn’t suitable for SSBU.

Aerith will fight with a stave, and her success definitely depends on your skills. 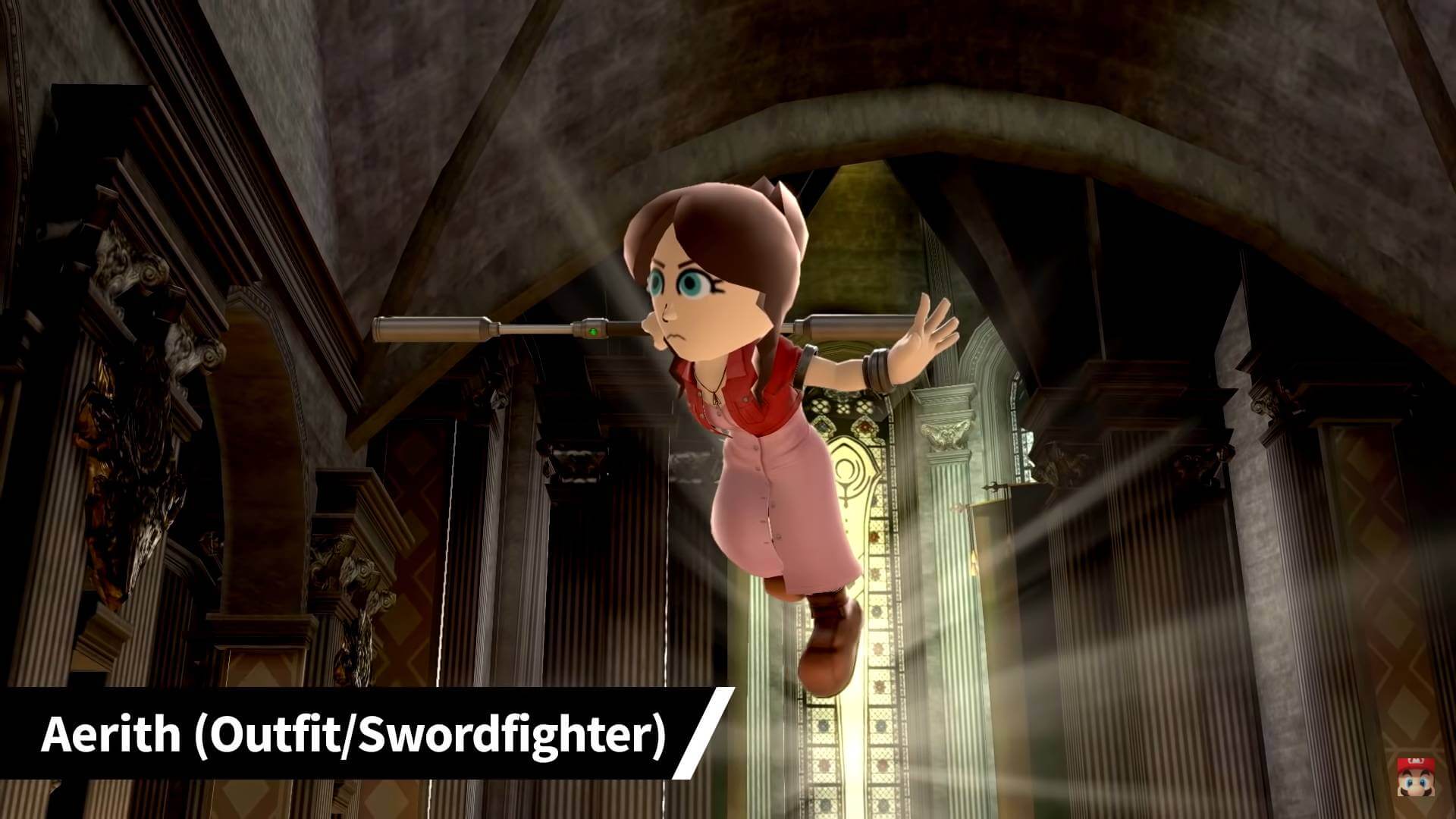 This guy from Final Fantasy VII has his entire arm replaced with a gun. He is such an impressive Mii Gunner! 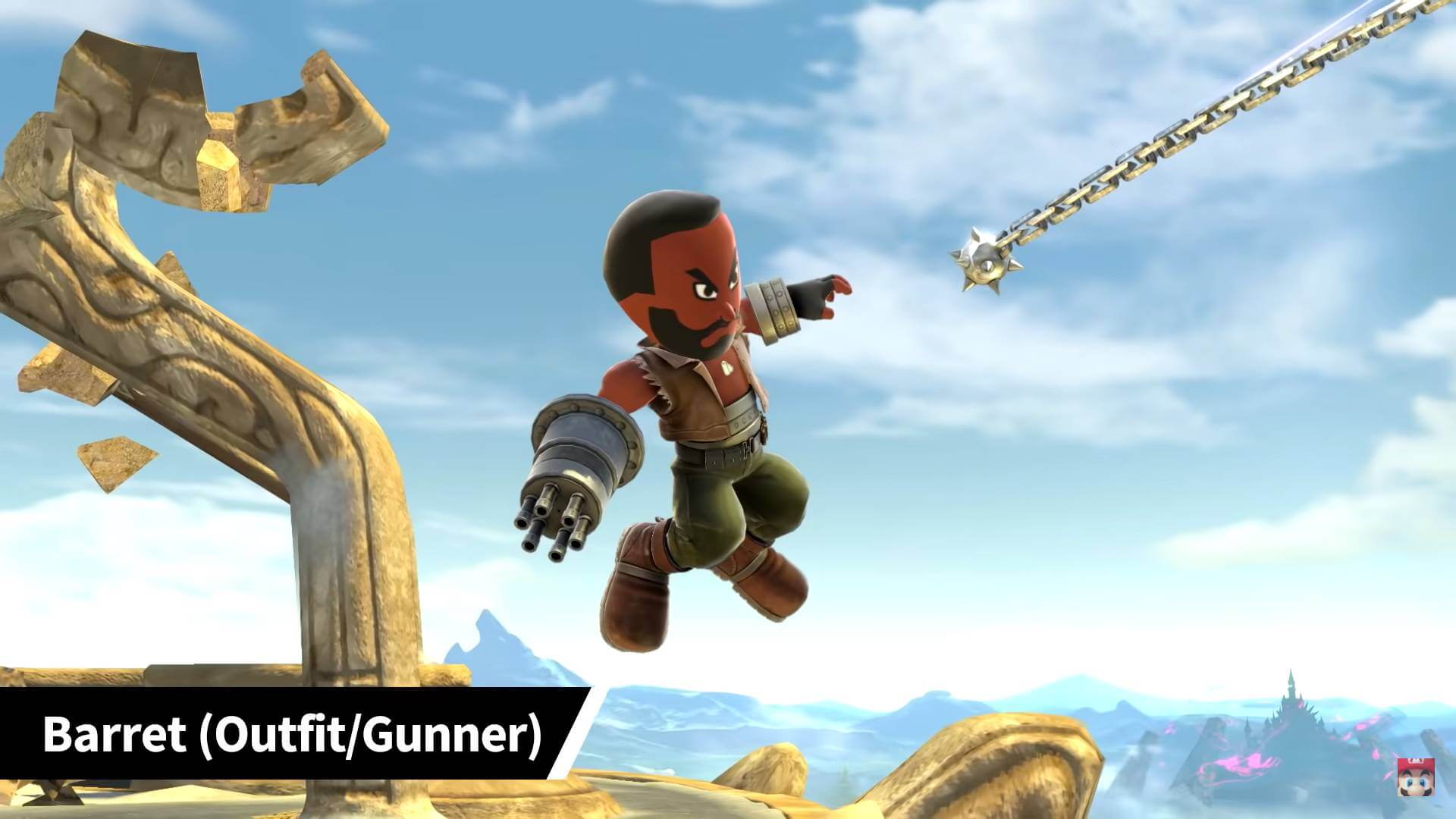 In FFVII, this girl is an excellent fighter. Her skills will have a perfect use in Super Smash Bros. Ultimate - even if this is just a costume. 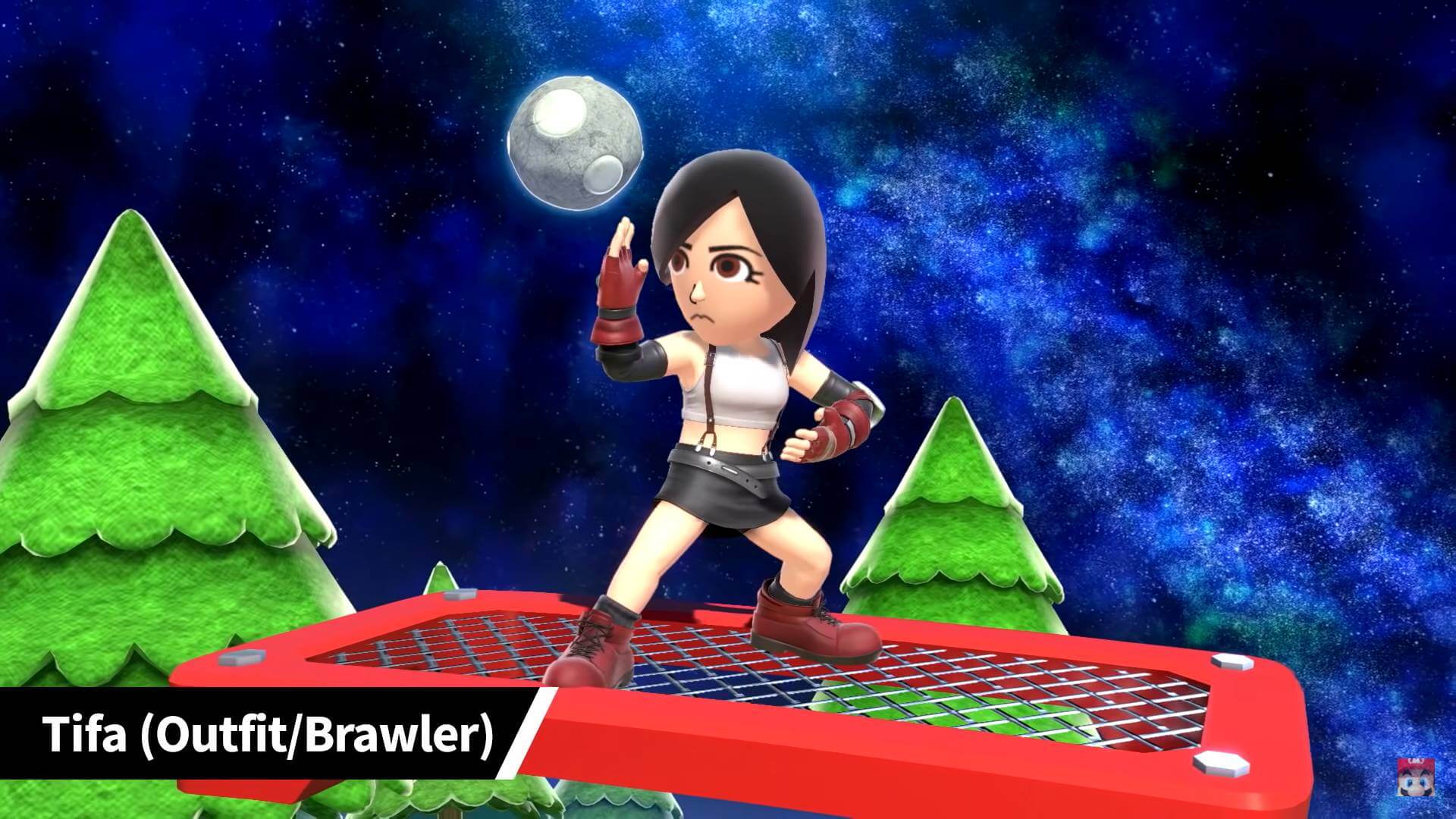 The previous pack of Mii Fighter skins was added with the Minecraft Hero Steve/Alex. Before that, we got the pack with Heihachi Mishima.

Guys, what do you think about these new costumes? Are Mii Fighters good for competitive Smash Ultimate? Please, let us know your opinion on Twitter, Facebook, or Discord.