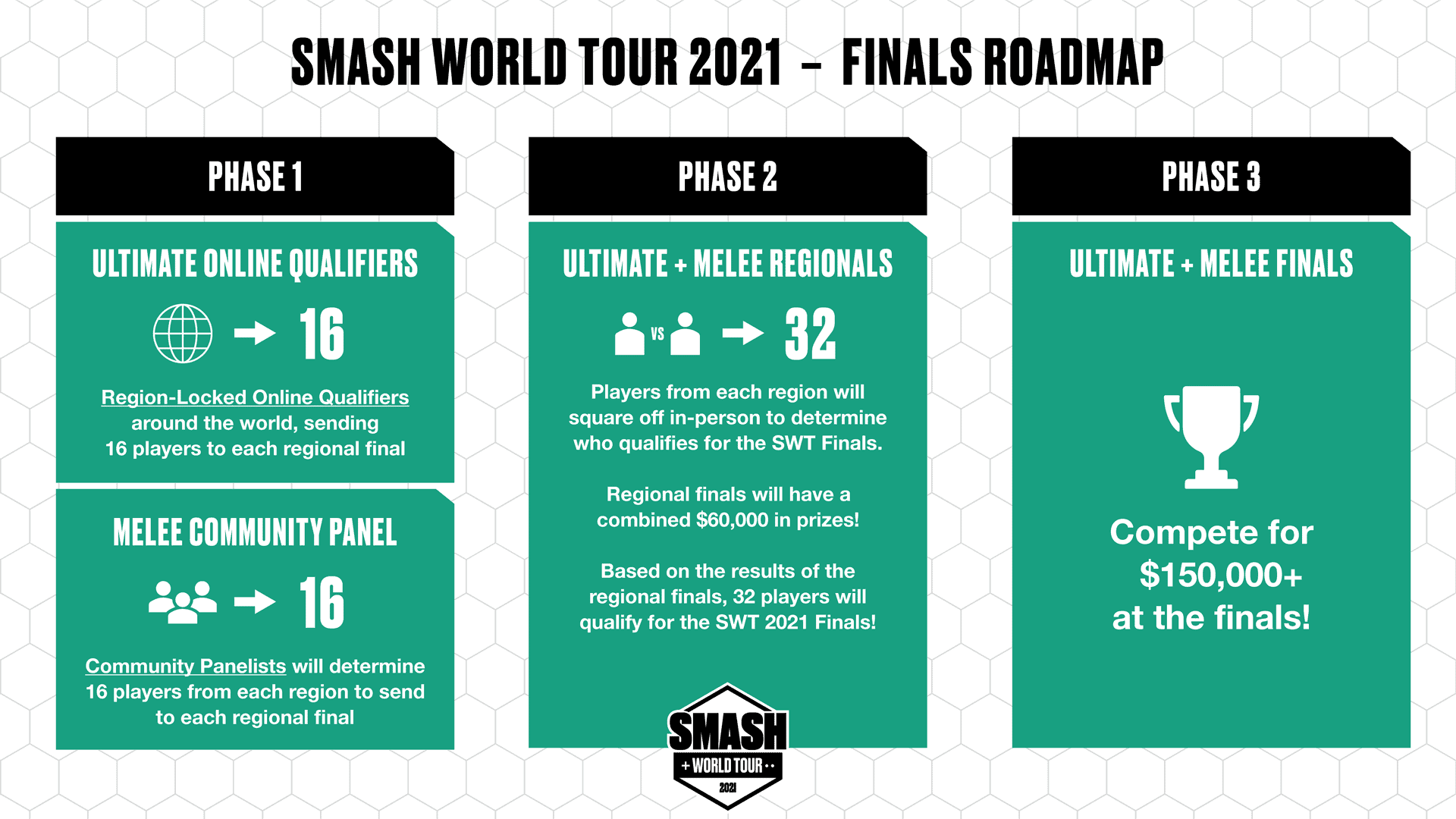 Images courtesy of Smash World Tour
#News
After being posponed for a year, will this be the big year long event the scene has been calling for?

The Smash World Tour was an event original envision for 2020, as announced in March of that year. Obvious circumstances called for the halting of the series. Now VGBootCamp and many other influential figures within both Ultimate and melee are readying up for another try.

The format is different though, for this 2021 reboot, a hybrid approach has been taken that will start in just a few weeks. The announcements also confirmed that Super Smash Bros Melee is included in the event.

For the 2021 Smash World Tour, the organizers have made three phases for players to participate. For Ultimate, this means setting up various free-to-enter double elimination tournaments for many regions worldwide.

The first phase is qualifiers. For this, there will be multiple online events for players to prove themselves. The 16 best players of each of those will move on to phase two. You can see each of these events in their schedule, along with how many qualifying spots will be available in each.

After phase 1, players will be invited to compete at an in-person offline regional tournament. Though for the events, dates are very much up in the air, as SWT has noted that COVID precautions will be at the forefront of the events. Alongside an invitation to the finals, the combined prizepool for this phase is $60k.

After regionals are completed, all there is left to do is play the finals. Though we don't have exact details as to what the finals will look like, we do know that the players from each regional final will participate in the following numbers:

The Smash World Tour Is Back!

Starting on March 13th, we will see the first region relevant to the Tour, Mexico. For more news on Super Smash Bros Ultimate and Fighting games, you can follow us on Facebook and Twitter or join our special Discord server to meet other players from the fighting games community. Tell us your opinion about this on our Forum!