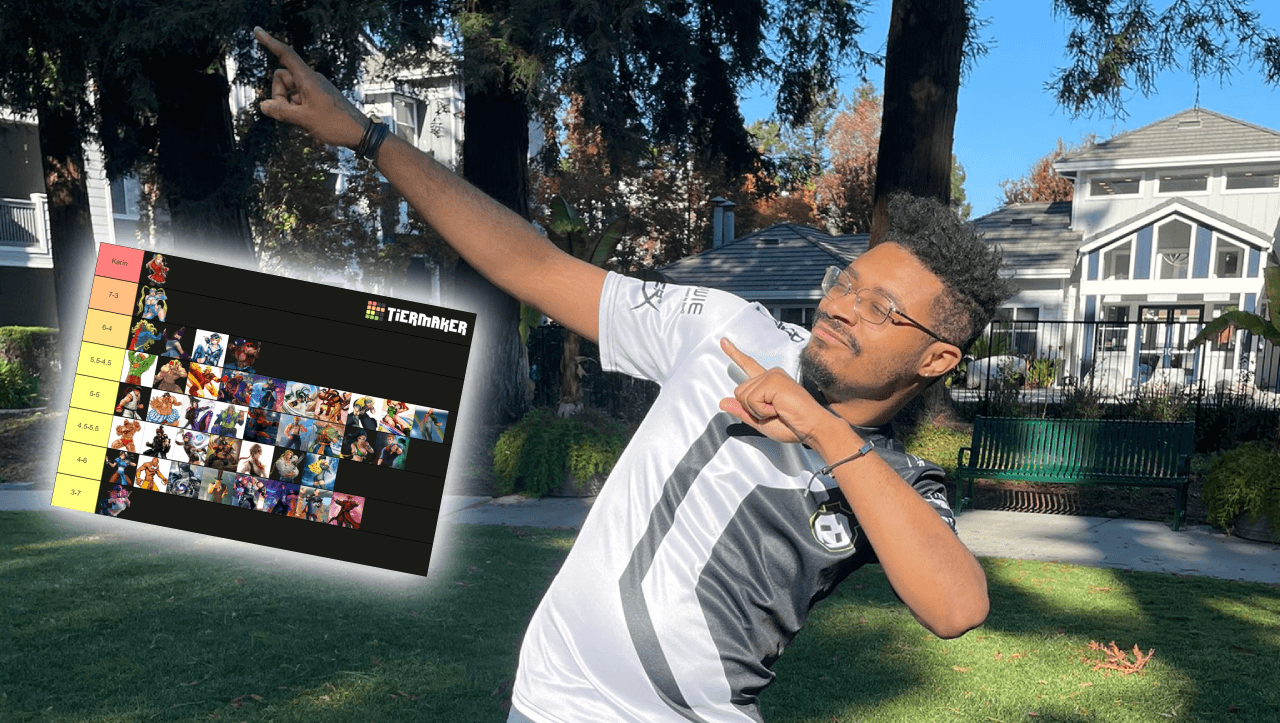 Pic Source: @PunkDaGod Twitter
#News
He thinks that this character is of the C Tier

There are not so many people on the professional scene who know Street Fighter V better than Victor “Punk” Woodley. And even fewer of them know Karin at the same level as Punk.

Now, we’ve got a unique opportunity to learn from the experience of this Panda player. On December 21, Punk shared on Twitter his Matchup Chart for Karin. Just take a look:

R. Mika is the weakest fighter in this chart - according to Punk, Karin beats her 7 times out of 10.

Many characters have good chances against Karin. For example, she can be beaten by Kage and Gill. Meanwhile, Blanka, Alex, Balrog, Nash, Urien, and some other fighters have a bit better chances in fights against Karin.

Such guys as Ryu, E. Honda, Guile, and Cody have equal chances with Karin, while Zangief, Akuma, Sakura, and a few others may have a slight advantage.

Chun-Li, Dhalsim, Seth, M. Bison, and some other characters are stronger than Karin. And the most dangerous opponent is Poison.

It would be interesting to see more matches of Punk vs iDom - with the characters Karin vs Poison. Such an opportunity was quite recently, at Street Fighter League Pro-Us Week 8, and the team of Punk defeated the team of iDom (who played Laura)

Some time ago, Punk shared his Street Fighter V Tier List, so please, check it out.