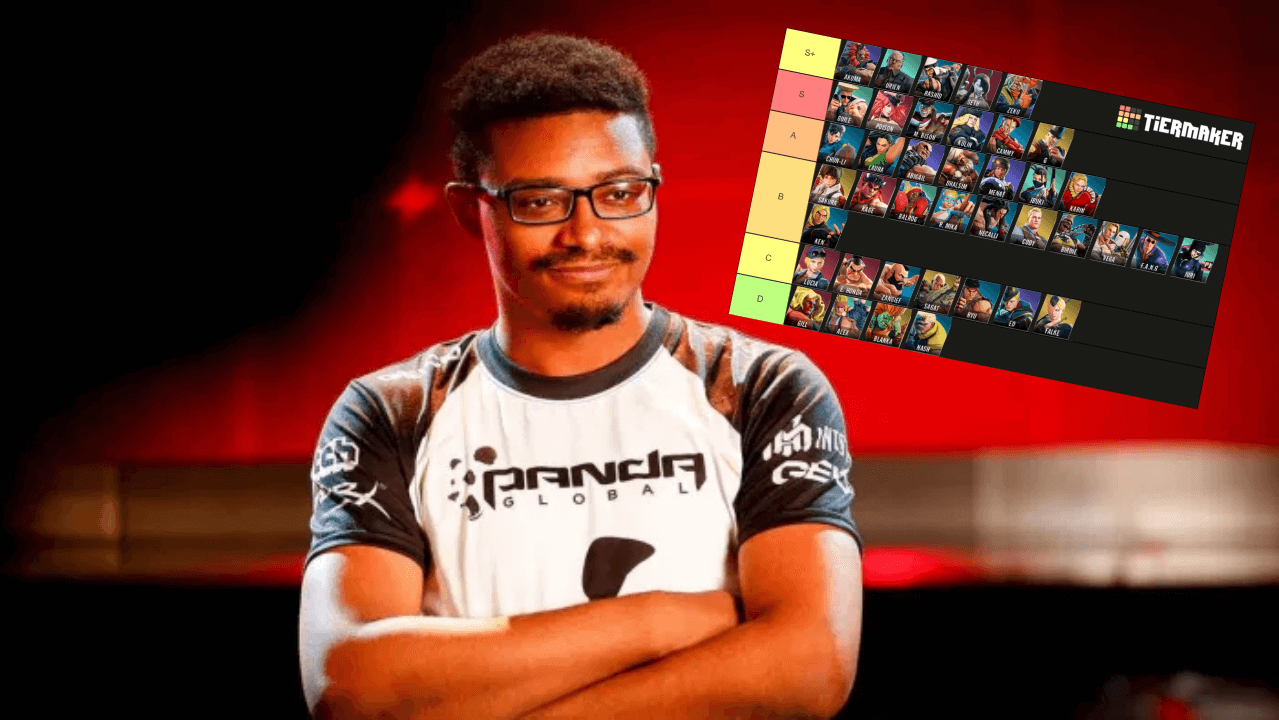 #News
Can the opinion of this pro-player change your decision on the favourite character?

Most of the Street Fighter esports professionals have one-two primary characters, which they use in most tournaments. Playing one guy or a girl for long hours is a good way to discover all their abilities and master their combos. SF5 Tier Lists may help beginners to choose their best fighter - for example, if you like a few and need a hint on who is stronger among them.

Victor "Punk" Woodley is known as a Karin player. And of course, this guy has a general understanding of the strengths and weaknesses of all the other Street FIghter V characters. On his Twitter account, Punk posted a new version of SF5 Tier List. Please, take a look:

So, Akuma, Urien, Rashid, Seth, and Zeku are the best of the best, while Gill, Alex, Blanka, and Nash are the worst - according to Punk, certainly.

It is worth noticing how authors of such Tier Lists don’t place their characters at the top. Punk thinks that Karin is rather Upper Mid Tier. And Hungrybox with his SSBU Tier List considers his favorite Jigglypuff a Mid Tier character. Probably, that’s a sign that Tier Lists are not an ultimate truth and you can succeed with someone you really like - your skills are always more important.

To improve your Street Fighter results, take a look at our SFV tips.

Don’t forget about the power of watching esports events - it’s a great chance to learn tricks from top professionals. For example, you can enjoy matches of Street Fighter League Pro-JP.