Packz Shares his match up chart for Cody in SFV 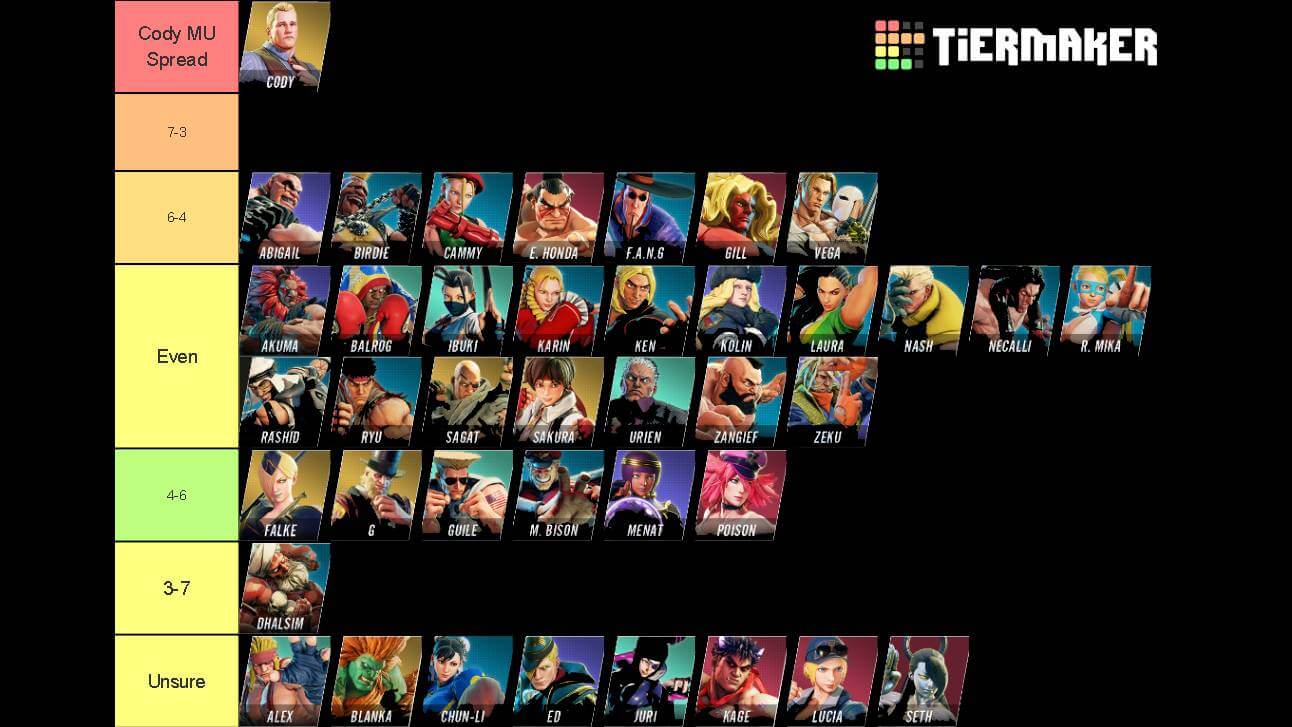 #News
We have another opinion on strengths and weaknesses of this muscled fighter from Street Fighter V: Champion Edition

It’s so nice to see members of the fighting game community not actually fighting each other whilst having different opinions on some topics - it’s a habit we can spread all over human society. Packz has posted a Cody match-up chart, which is obviously different from one of Hoji. And we can all observe both opinions without arguing who is right.

Cody is a powerful hero and many players like fighting with this guy. Are you among them?

According to Packz, Cody has no superiority over anyone in Street Fighter V. He is very strong against such characters as Cammy, E. Honda, and Vega. Cody has even chances against Barlog, Nash, and Zangief, He is powerful in fights against Falke, Guile, and especially Dhalsim.

Packz has put some characters to the unsure list - such as Alex, Kage, and Lucia. Check out the full chart in the picture above.

It’s a good idea not to fight over your opinion on SFV characters in the real world - why would anyone need this if you can prove you right in a reckless virtual fight?