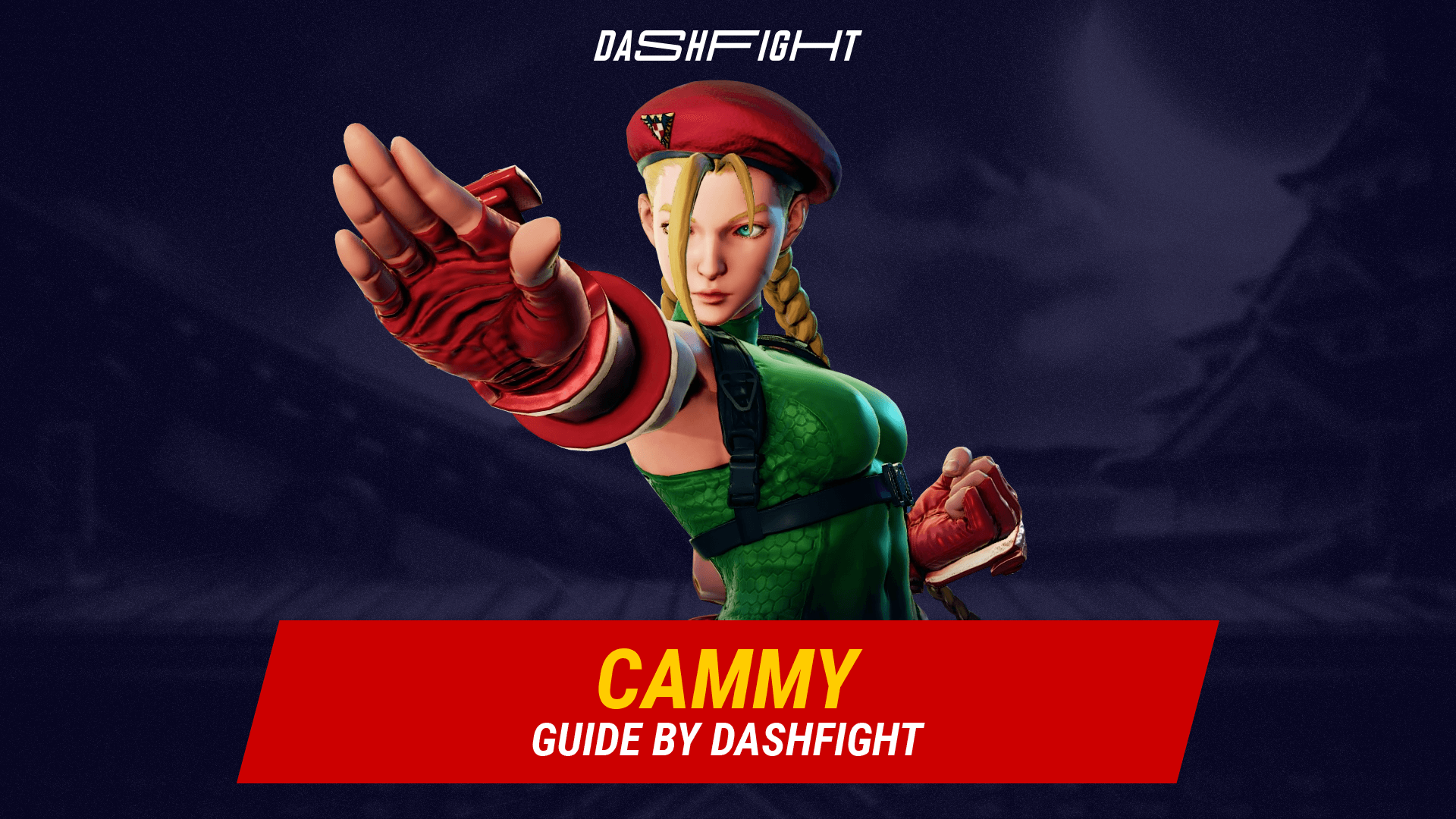 Cammy White is a Street Fighter character, first appeared among the playable in the Alpha Series. A great fighter for beginners and a dangerous one in the hands of a well-skilled. Cammy’s combos are easy and fast to learn, and her signature Air Throws and Spiral Arrows are recognized among other SFV heroes.

It is impossible to say where Cammy White was born and even whether she has biological parents — these questions are covered in a veil of secrecy. The only thing that can be said for sure is that M.Bison created Cammy as a soldier, and he had plans to take over her body after he died, destroyed by his own psycho powers. Somehow, Cammy was able to break free from her brainwashing and lost her memories. At this time, she joined a secret agency known as the Delta Red team, where she was instructed by their leader, Keith Wolfman. Cammy proved to be a great asset for the team and was adept at martial arts. She was also pretty handy with almost all types of weapons.

After being set free, Cammy set out to find out the truth; this inevitably led to a confrontation with her creator— M. Bison. The two fought, and Cammy was victorious. She learned the truth about her creation and afterward was determined to save other girls (known as dolls) who suffered her fate. This included her sister, Decapre. After her win against Bison, she is welcomed warmly by the Delta Reds, who tell her that she no longer needs to live in the past. Now free to live her life, Cammy dedicates herself to helping in the effort against evil organizations like Shadaloo and S.I.N.

In the 'A Shadow Falls' Storyline in SF5, Cammy is involved in the final destruction of Shadaloo. She managed to save Decapre, but not before encountering Vega, and the two fought, with Vega winning the fight. Before he could finish her off, Juri comes to Cammy's rescue. Vega is warded off, and Cammy can save Decapre. Before they can escape the Shadaloo base, they are forced to face all the other dolls. Thanks to the help of Rashid, they are able to defeat the dolls and destroy the device that controls the dolls. The sisters (all the dolls consider themselves family) are now free.

Cammy's gameplay is quite simple: push forward, engage the battle actively, use normal punches, kicks, and combos, try to be aggressive.

Is Cammy a good character for a beginner? Sure. She can perfectly cope with any situation, can be played offensively in rushdown or defensive as a zoner. That said, she has a lot more offensive tools and is a perfect rushdown character as she has a nasty knack of getting in the opponent's face and never giving them any room to breathe. She is equipped with excellent poking tools that make her difficult to get rid of. In addition, she has great anti-airs which means that those who take to the sky often won't get a lot of joy against Cammy.

Cammy's main attacks are kicks and jumps, which is very important in Street Fighter. Cammy is a great character to learn Street Fighter with. On the flip side, her low health means that she can't afford to play the waiting game which can play into the hands of more defensively minded players who are great at keeping people out.

Cammy’s Normals are amazing: she hits hard and quick, moves fast, and is not easy to counter.

This one is Cammy’s trademark hit. She jumps forward using her legs as a drill. You can use LK/MK/HK to defy the range of Cammy’s jumps. Also, if HK is applied, you deal two hits. When EX and V-Trigger are ON, you have projectile invincibility from the 4th frame

Cammy’s powerful uppercut, an amazing kick to counter air attacks. Choose your Kick to vary damage, but be ready to get punished if miss. When EX is ON, it does multiple hits.

Cammy aims to the ground, hitting anyone she finds. This Cammy’s move is great to knock down air opponents, and then you can do some Cammy’s combos because you will have a bit of time to continue your attack.

Air spin, another Cammy’s trademark. A great combo-starter because after the air-swing, you can either just land and do damage or start one of these:

Cammy jumps and then strikes downwards. A fashionable move deals great damage and hard to escape. You can also perform any of the abovementioned follow-ups to continue the attack.

Cammy’s V-Trigger is called Delta Drive. When you turn it on, your character will just become unstoppable: all Cammy’s Special Moves will get bonus damage, become safer, and will smash defenses. Oh, yes, any attack will also launch V-Arrows.

Cammy twirls into the opponent and hits them with a punch. You can’t be hit during this attack, so use it wisely.

How to play Cammy?

It is easy to learn to play Cammy. Cammy’s gameplay is quite simple: use the footsies, press your opponent, don’t use specials if you are not yet ready to be countered. Try to push your enemy into corners, and bully them with pokes. Remember: you have strong anti-airs, you also are very mobile, and Cammy’s main tip is that you need to set the round, be active and make your foe defend.

Here’s a list of Cammy’s best combinations, read them carefully and then get into the lab and practise.

These are combos that can be considered the easiest and most straightforward combos t pull of with Cammy. These combos are great for beginners still trying to find their feet with the character. They are relatively safe, and when timed right could deal a fair bit of damage.

That’s it! Thanks for reading and remember: practice makes perfect!