Do it like pros—join us:
Home
News
MK11 Forge Guide and Recipes

Copied!
Check out many recipes for crafting items in Mortal Kombat 11 Krypt. Get konsumables for the Tower of Times. Personalize your character with gears.

It’s not a new thing for gaming to allow creating items. Players can do this in so many adventures - but rarely in fighting games. Usually, you have only the abilities of your character to kick asses. But Mortal Kombat 11 offers more.

Such games as Street Fighter 5 and Tekken 7 contain only cosmetic items. The Super Smash Bros. series has special items to use in fights - but they just appear on the stages, you don’t craft them. In MK11, you have a big Krypt area, named Forge, where you can craft Gears and Konsumables for customizing fighters and getting advantages in future matches against AI.

Forge recipes are nowhere to be found in Mortal Kombat 11. The developers make them as mysterious as the locations and purposes of MK11 Key Items in Krypt. Of course, DashFight is here to provide the community with another helpful guide - this time, we describe all the recipes in MK11 Forge.

Where is the Forge in Mortal Kombat 11?

You visit the Forge at the very beginning of your Krypt exploration.

How to craft items in the Forge?

Approach a huge furnace and initiate the crafting process. In a special window, you will be able to choose ingredients, check out the crafting price, and start the process.

The game doesn’t contain craft recipes for the Forge, so without any guide, this activity may become even frustrating - if you put some wrong ingredients, the items do not disappear but you still lose koins, souls, and hearts you’ve paid for crafting.

To craft something, you need to place three objects (rarely two) into special slots.

If everything is right, you get an object. It can be: 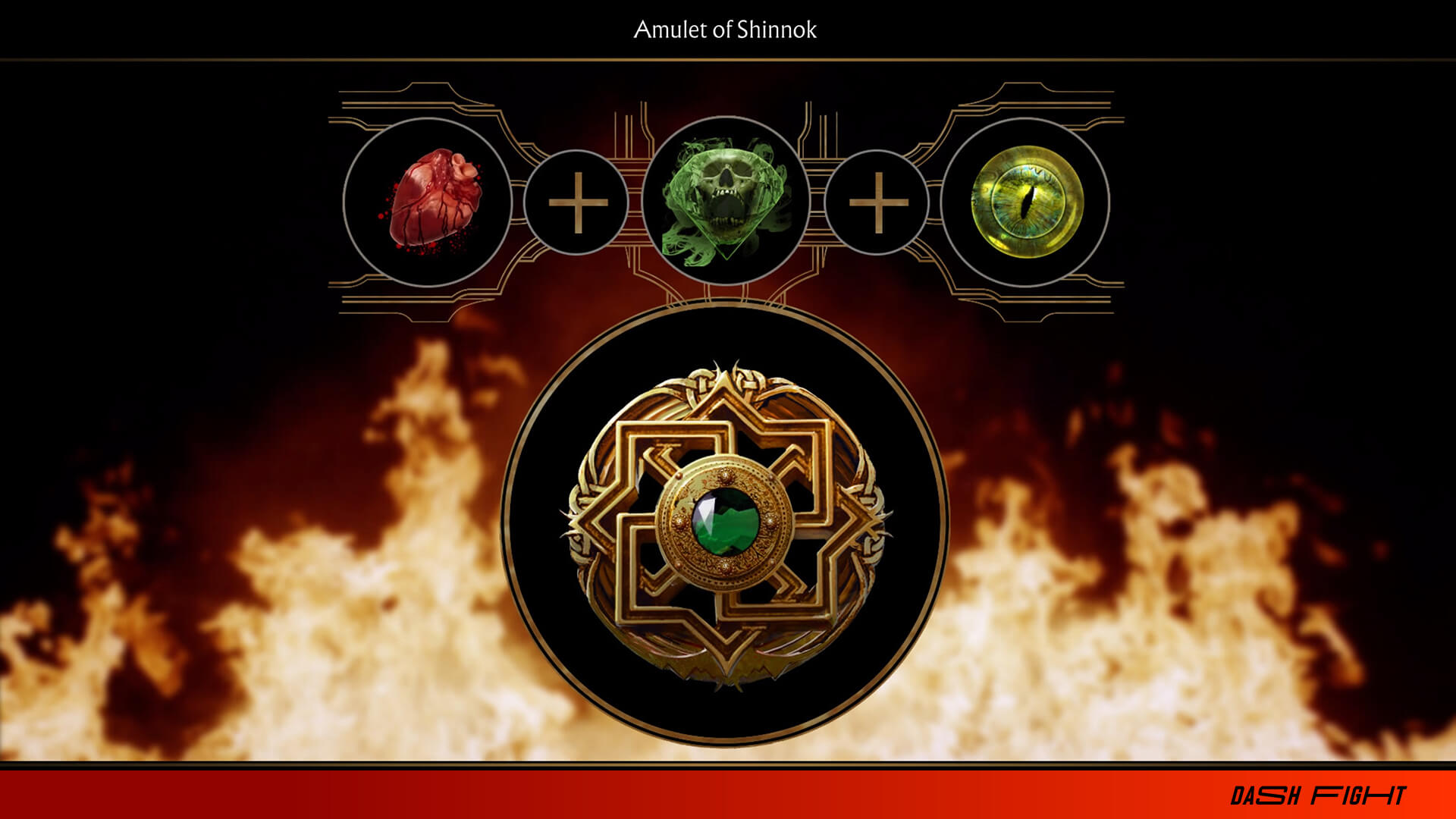 So guys, what about taking the max from your MK11 fighting experience? Don’t miss anything out with this list of Krypt Forge recipes! 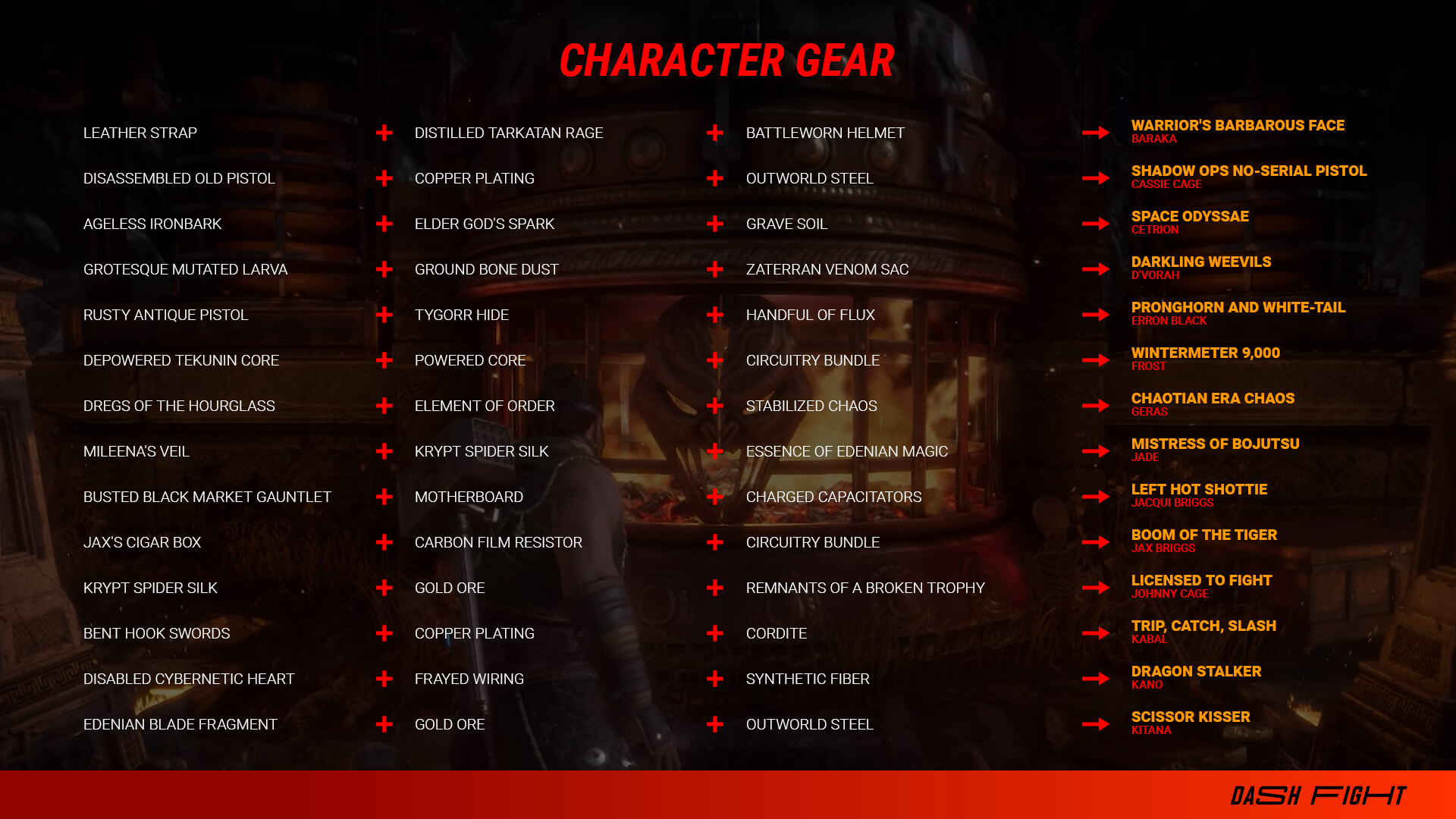 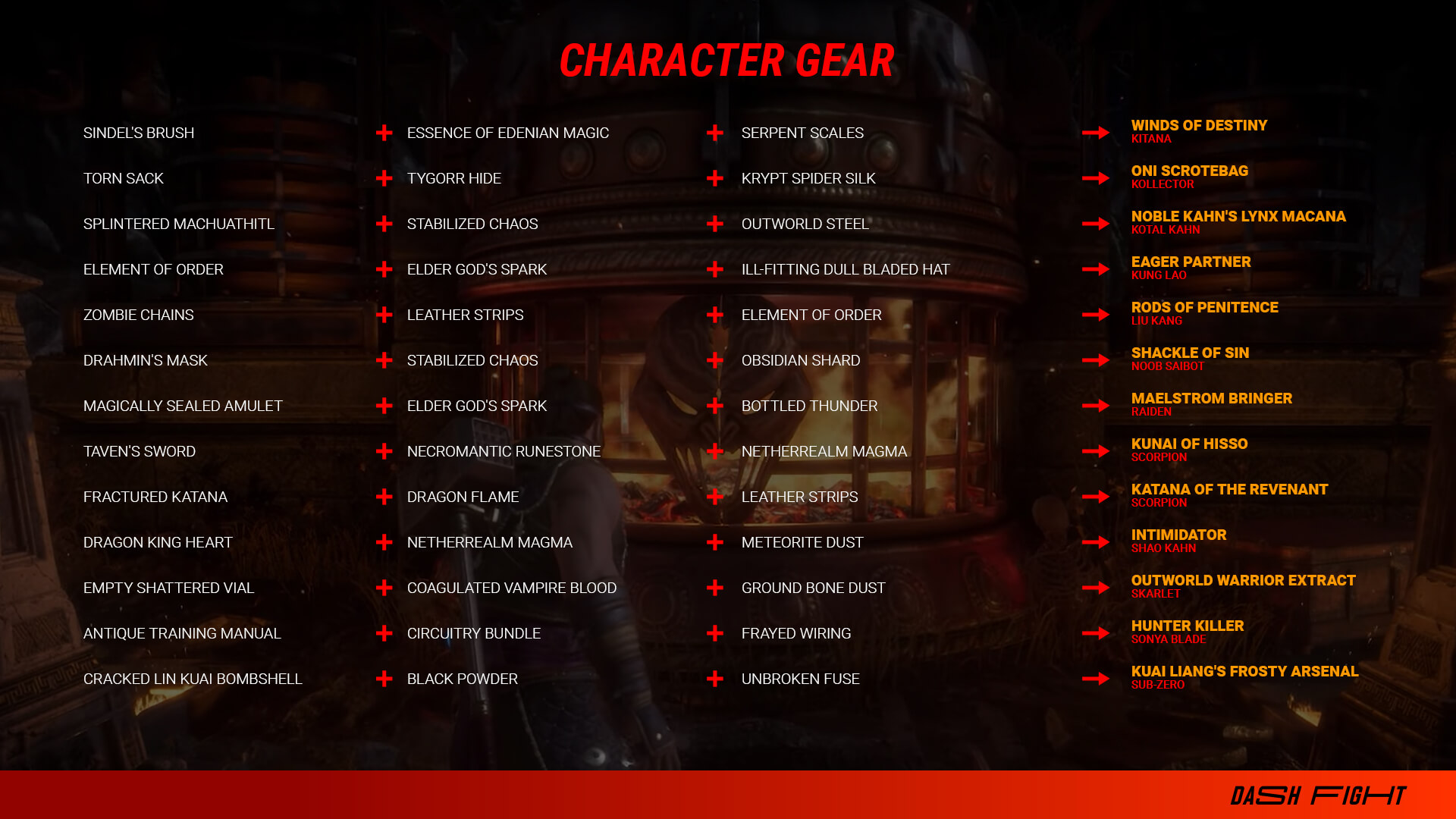 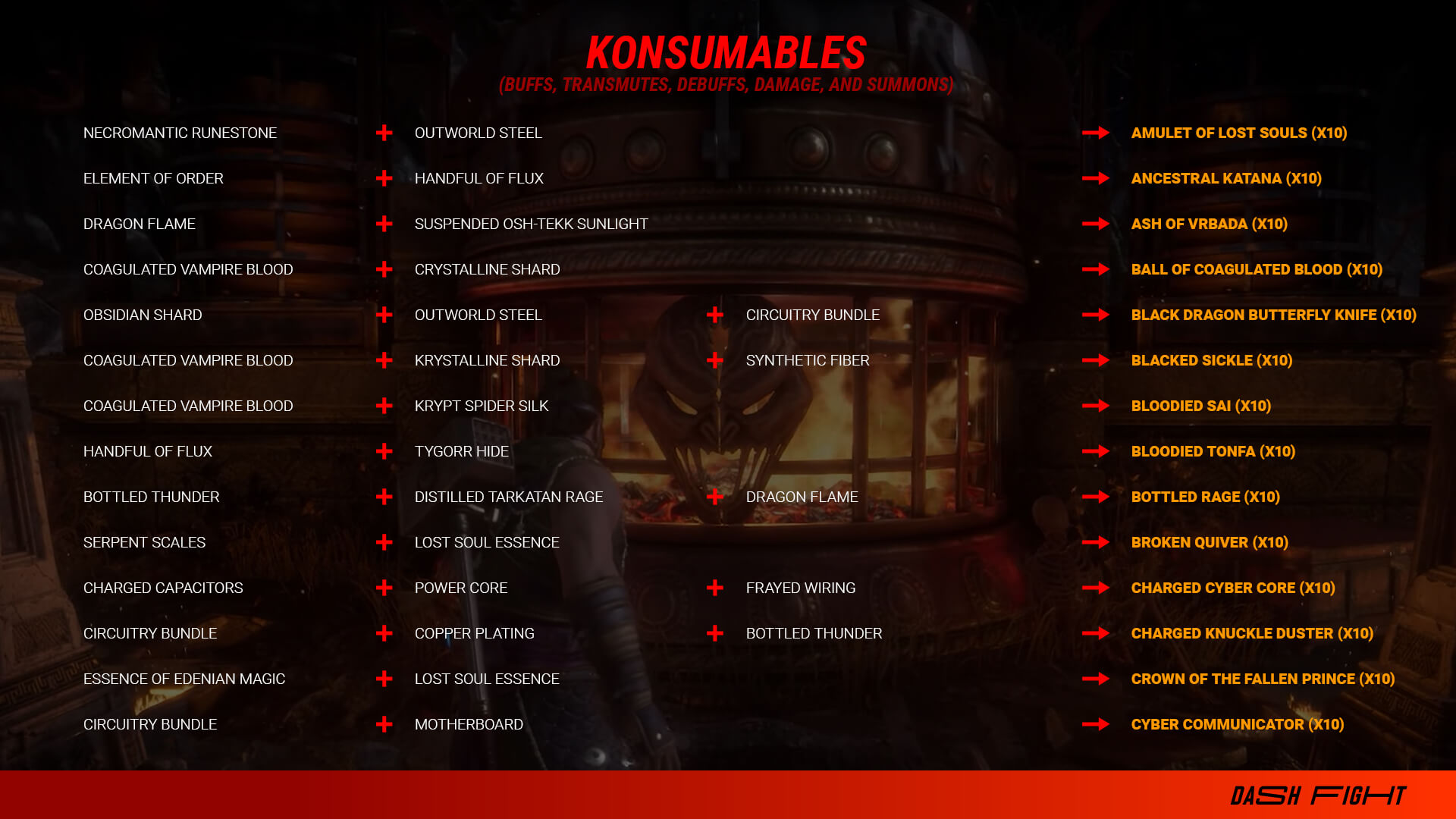 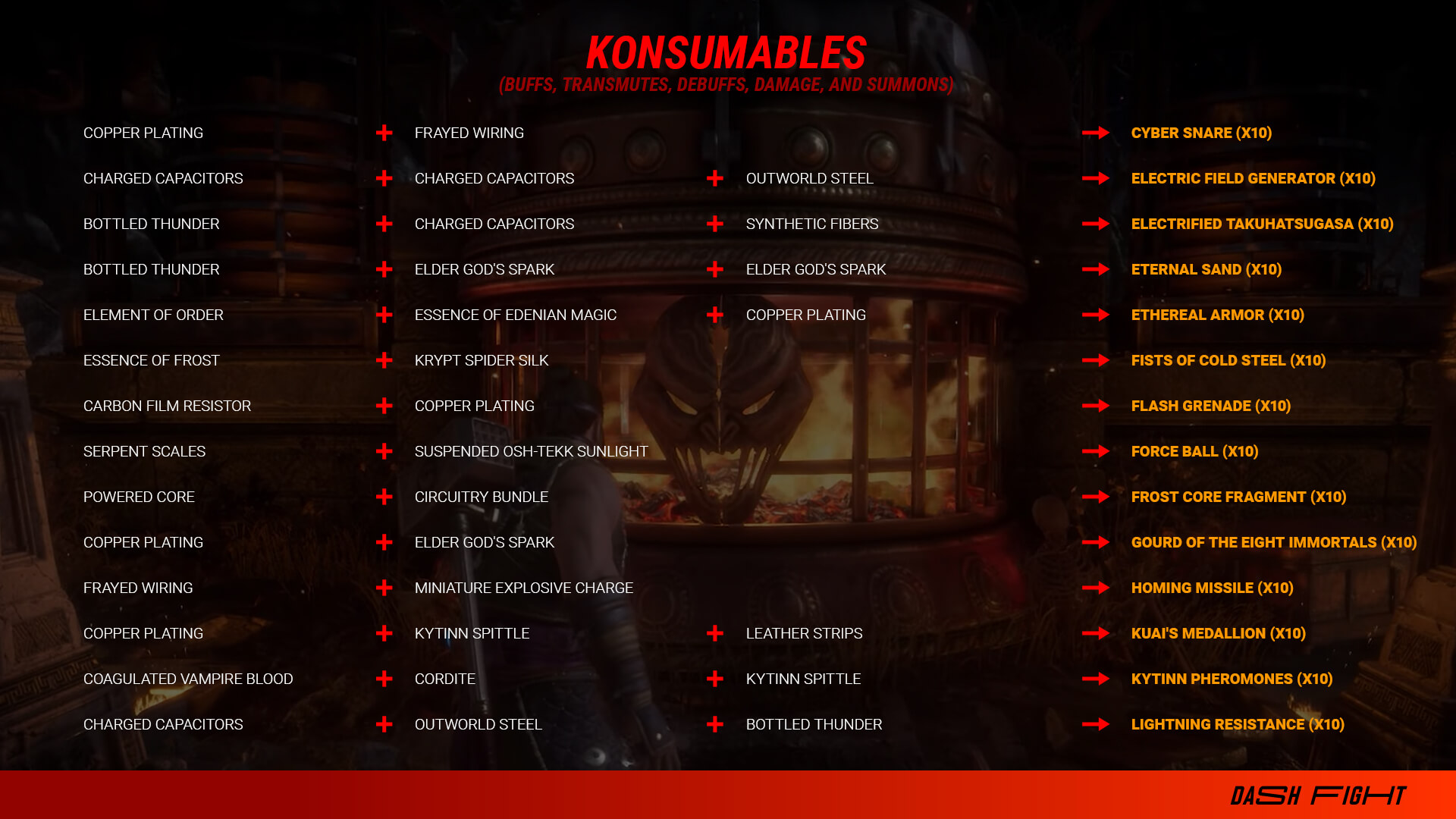 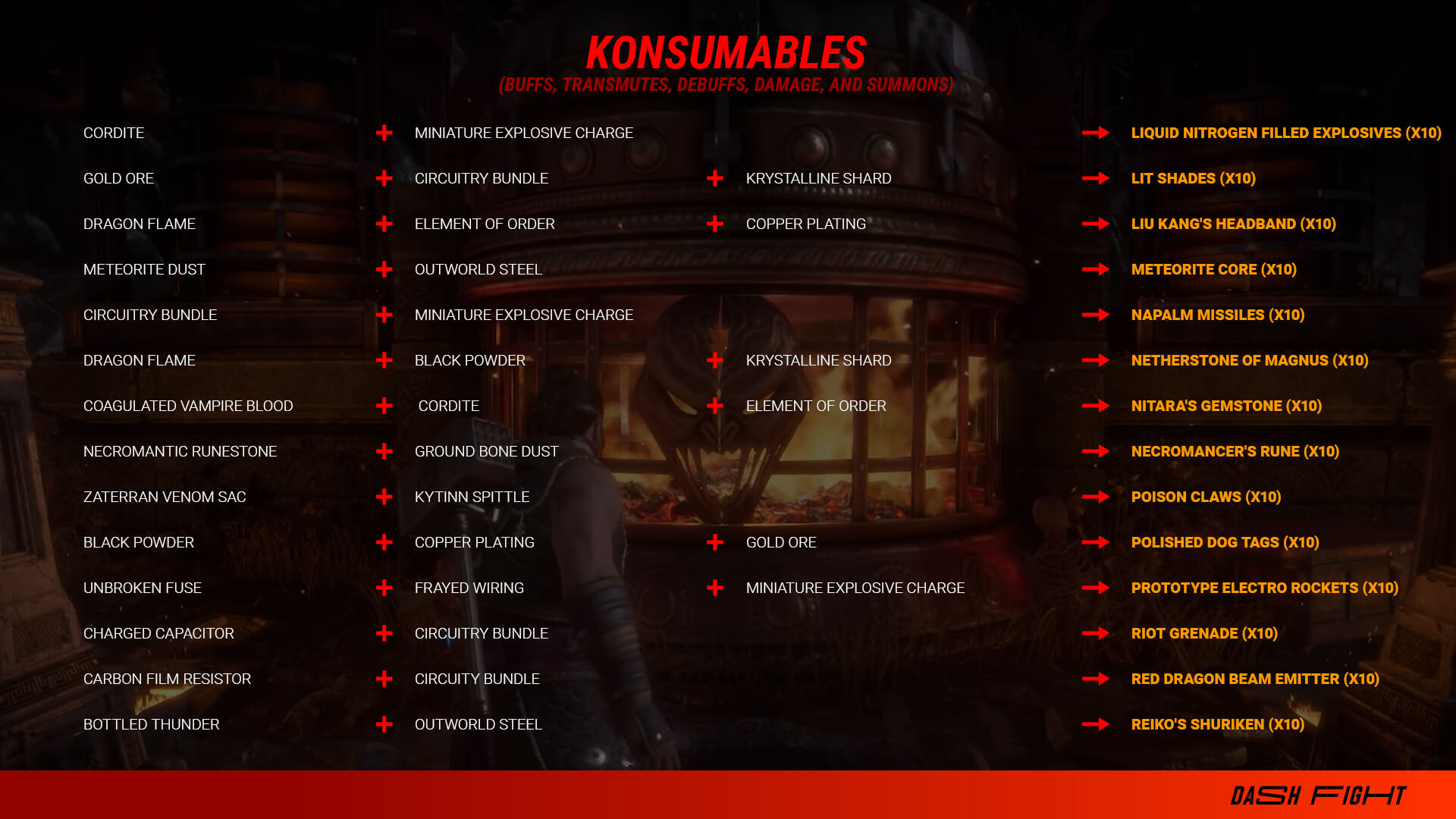 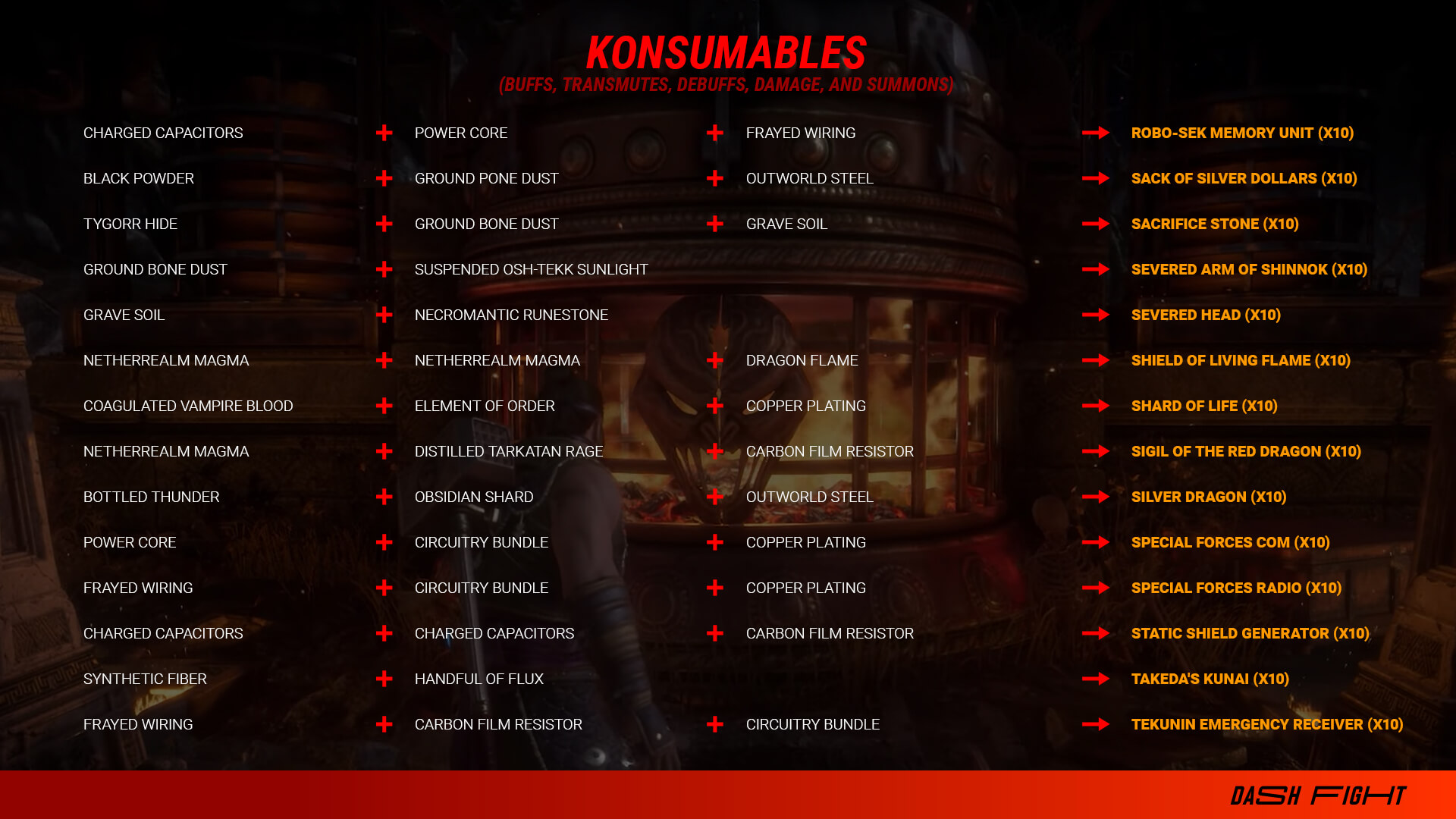 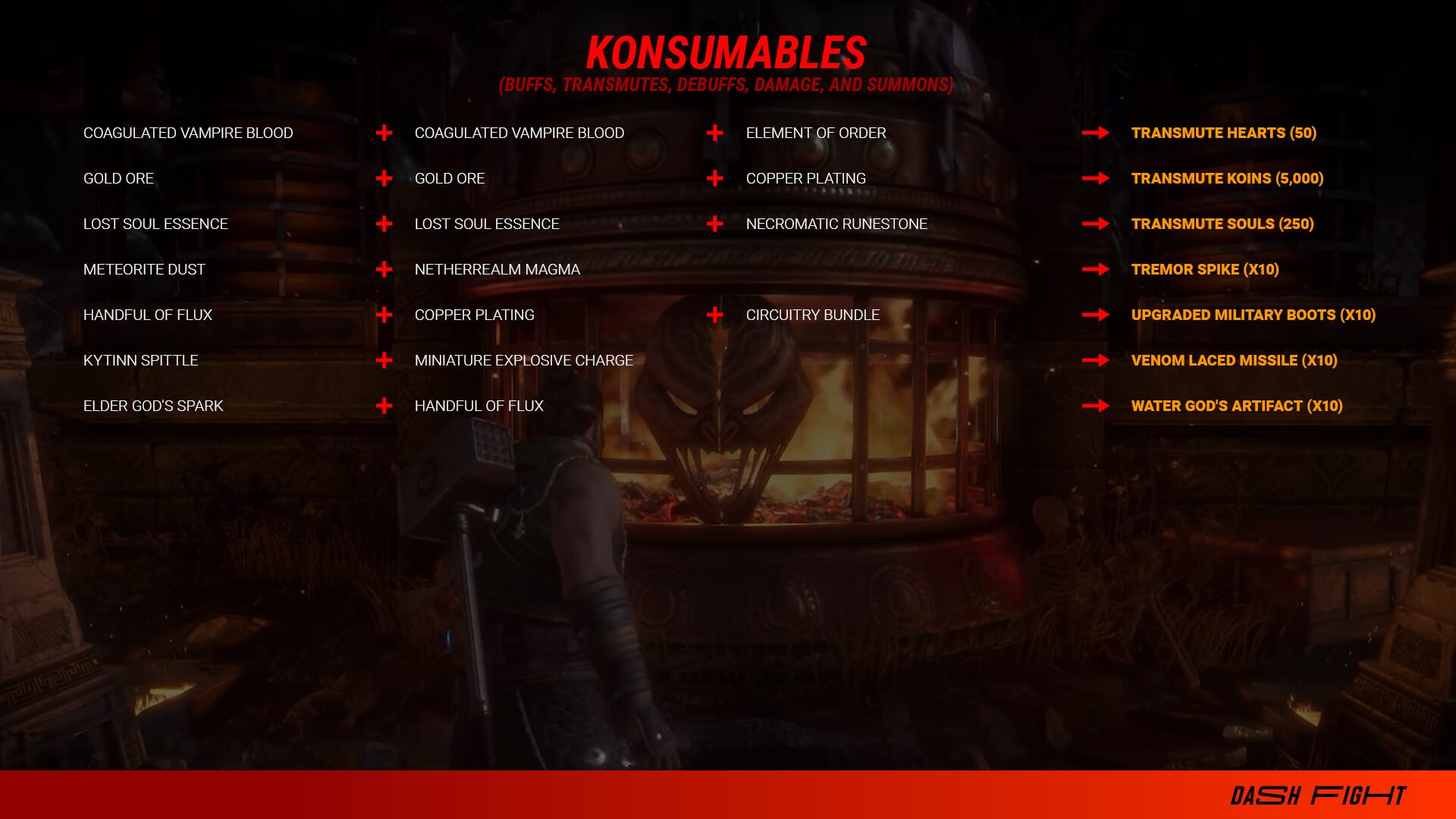 To express yourself in MK11 in the best way possible, you can select a fighter who properly represents your personality. What about playing Rain or Rambo? Or maybe you prefer one of the best female characters in Mortal Kombat 11?

For other helpful MK11 guides and exciting fighting esports news, stay tuned to DashFight on Facebook, Twitter, and Discord!