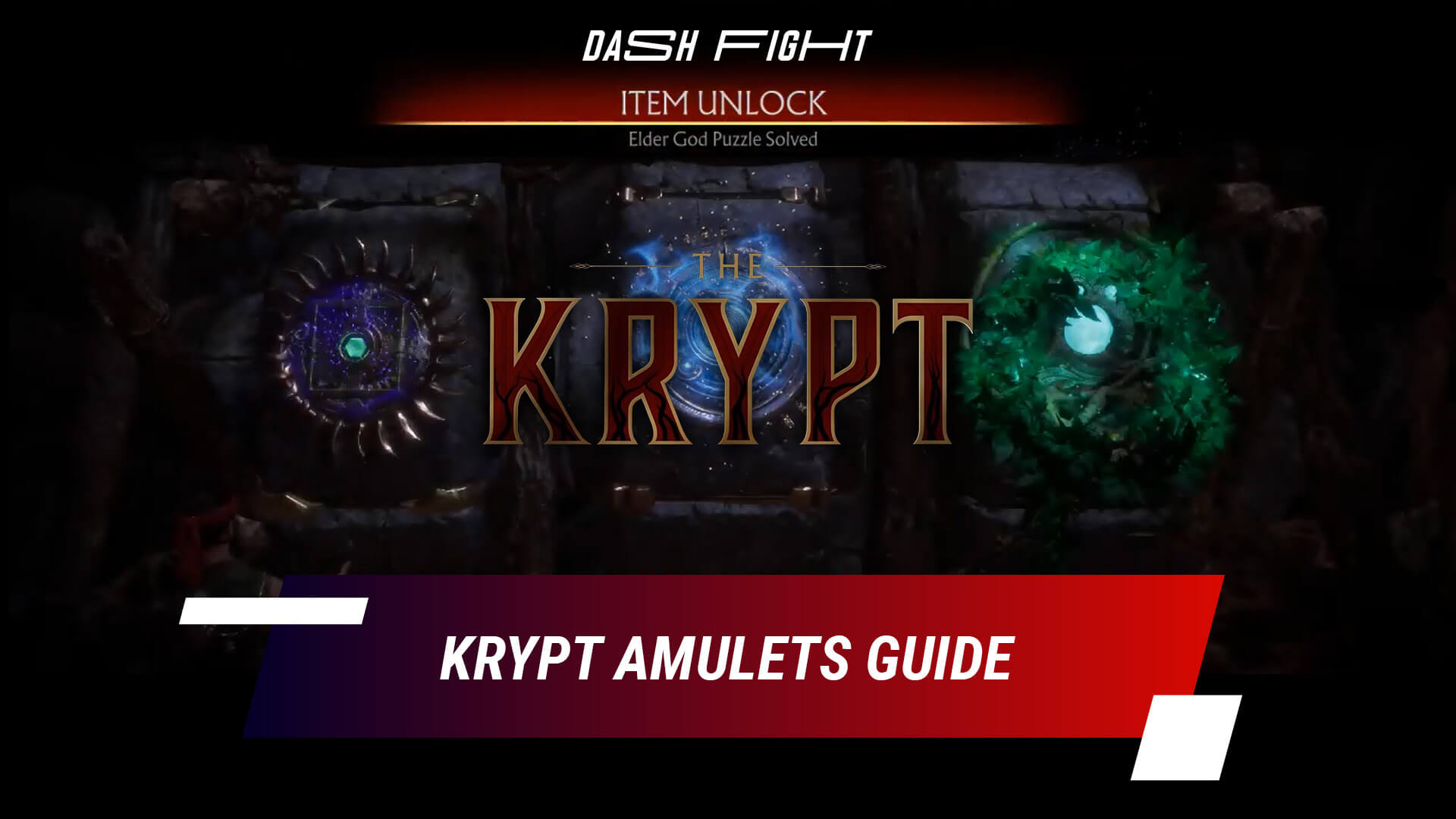 #Guide#Evergreen
Three amulets to rule them all… I mean - to solve the Elder God Puzzle. And three other amulets to have a super productive raid in Krypt

Mortal Kombat 11 can be quite useful for our brains - like in most other fighting games, you need to remember tricky combos, develop your fast reactions, and boost your attention almost to the sky. And even this is not everything in MK11. What about giving your brain even more work in Krypt? This dark place is full of rather complicated puzzles. Sometimes they are too hard to solve, so players find themselves stuck in one place or another.

To open all the locations here, you need to find all MK11 Krypt Key Items - we’ve described the process in that dedicated guide. Some of the Key Items have a specific purpose, they help solve the Elder God Puzzle. These Key Items in Mortal Kombat 11 Krypt are named Amulets. In this article, you’ll find some details on them.

In the Dragon Amulet Grotto, you’ll find three levers and three slots for special amulets. When you place those amulets inside the slots and activate levers, you solve the Elder God Puzzle, get 5,000 Koins, and open a new passageway.

Dragon Amulet Grotto is located between Shrine and Forge. You need to put the Dragon Amulet Key into a door there.

For solving this puzzle, you need to collect three Elder God Amulets:

Here is how to do so.

It’s quite easy to obtain this Mortal Kombat 11 amulet. Go to the Shrine, come close to the golden statue, and pay tribute to the Gods. Any first donation will give you Kronika's Amulet, so you can donate only 1,000 Koins and still have this Key Item in MK11 Krypt.

For getting this one, you need to perform 50 fatalities on Cetrion in the Klassic Towers or Towers of Time. She is a newcomer to the Mortal Kombat series and a very powerful fighter. We’ve added Cetrion to our list of the best MK11 female characters. So how to perform this task as soon as possible?

You can craft this MK11 Key Item in Forge. To do so, you need:

How to solve the Elder God Puzzle?

Just return to the Dragon Amulet Grotto, place the Krypt amulets in the slots and pull the levers. Be ready to fight more spiders!

The game contains three other Key Items, also called Amulets. They have a different purpose, so don’t get confused. These amulets are:

It’s always ok to use the help of the Internet if you feel stuck in a video game. Hopefully, our MK11 Amulet Guide was helpful for you.

We have other guides for Mortal Kombat 11 players. For example, what about taking a look at our articles on Rambo, Mileena, and Rain?

Also, we recommend checking out interviews with pro players. Asodimazze definitely knows a thing or two about how to play MK11.