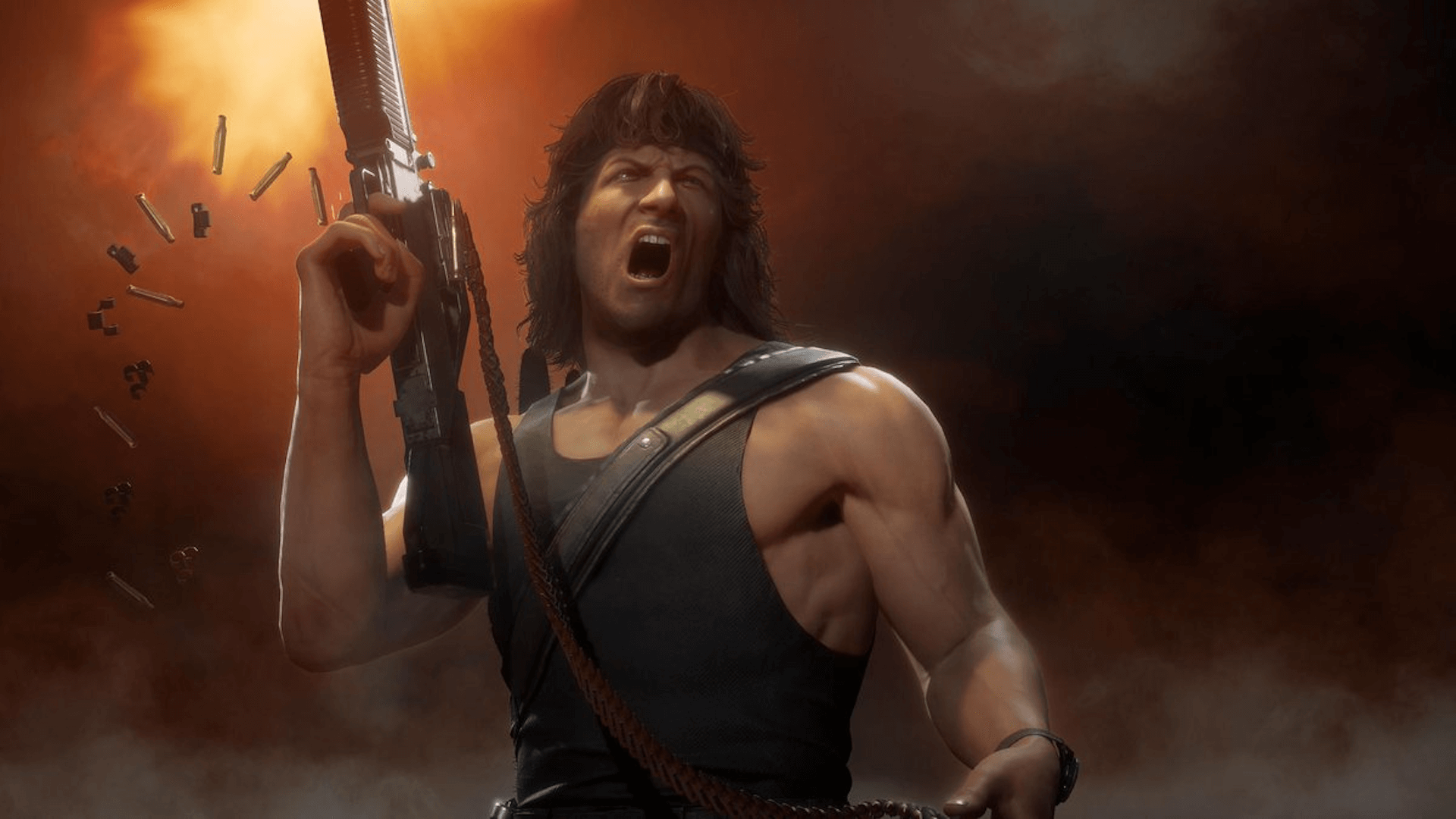 NetherRealm Studios
#News
Could not catch the stream live? Don't worry, here is all you need to know about this second Kombat Kast for the Kombat Pack 2.

It is Wednesday, October 28th, 2020 and the world got the first extended look at Rambo in Mortal Kombat 11. Once again, this is the second of three Kombat Kasts. These are centered around the new DLC characters that will release on November 17th. If you missed the first one of these, go ahead and get up to speed by checking out our summary.

Tyler Lansdown, one of the community managers. Stephanie Brownback, senior QA manager. And Derek Kirtzic, Senior Systems Designer. Came together once more to showcase Rambo in his fullest.

An Introduction to Rambo's style of combat in MK11

To start, Stephanie went into how Rambo will play in the MK11 universe stating that "[Rambo is] a non-traditional zoning character". Rambo will use a variety of traps to maintain control of the arena and be able to direct his opponents in check. Stephanie specifically singled out Cetrion as an example of a contrariety character to Rambo in that she uses a lot of projectiles whereas Rambo does not. At the same time, Rambo is capable of going hand to hand with opponents. A lot of specials that allow him to close the distance and keep the fight in close quarters.

Speaking of Rambo's abilities one of his throws opens some mind games for his matches. Since if Rambo has not been knocked down or has jumped in 10 seconds he can use his forward throw with a crushing blow dealing a good chunk of damage.

Moving onto some of his default specials. Rambo has a bow, which he can hold out before shooting or do so immediately. As well as a low trap that can be used to combo from close or mid-range. Generally forcing opponents to use their movement to stay alive. Another special is his slide, which is again short or long. In the case of a short slide, Rambo can also add a hit and a rollback. And if it's used a third time it will be a crushing blow.

And now for something completely different. Rambo can eat bugs that give him life back. But if he eats too many, he will vomit and be stunned. Also, if his killing blow is off cooldown Rambo can use it to perform a crushing blow on a bug and regain even more health. Yeah.

With Veteran, Rambo gets a tripwire trap which replaces his previous low special. If amplified it allows Rambo to set up a combo. He also gets the iconic crawl move, which allows him a couple of attack moves. But also things like grabs and even a high, mid, and low parry.

First off, Rambo gets a new shiny new machinegun out of a small patch of leaves, which knocks his opponents back. He also gets a claymore mine that can be triggered by either character and has a long duration. Plus if amplified, the claymore will be hidden. Finally, his tripwire is switch into a giant log that swings in a parabola at the top of the screen, which Stephanie describes as being almost the perfect Anti Air.

For his third and final variation, Rambo becomes a pretty solid grappler. He receives a handful of extra grabs, meaning a blocking opponent will be out of luck in the fight. One of which allows him to throw their opponent either side, amplify it for extra damage and if the enemy is doing a roll ground recovery they will suffer a crushing blow.

Another move the Drifter variant brings is a roll that can get past the opponent and begin a combo from the back, with a nice crushing blow for punishing to boot.

Rambo's Brutality and an Extra Fatality

The last piece of content shown was Rambo's Brutality and a second Fatality not shown before in the trailers.

Only Mileena to go!

The next Kombat Kast, which will go over Mileena, has no date yet. But fans can expect a Mileena gameplay trailer coming "soon" potentially a week away. For more news on Mortal Kombat 11 and other Fighting games, you can follow us on Facebook and Twitter or join our special Discord server to meet other players from the fighting games community.