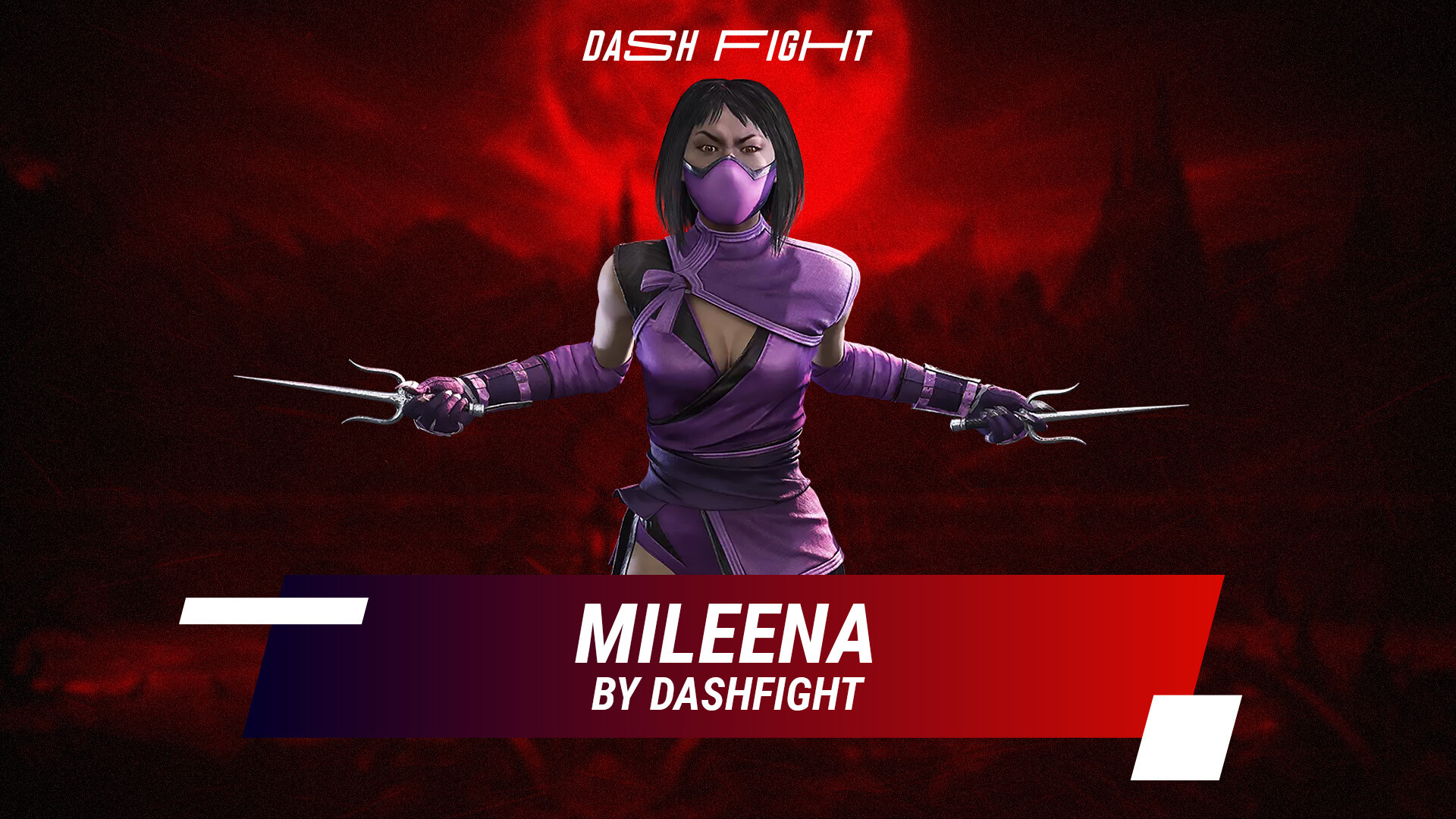 In the new trailer, Mileena showed what skills she will use to achieve the victory in MK11. Most of them feature her signature weapon sais. She retained her moves from previous installments, as well as her signature bite and portals. Mileena still knows how to become invisible and at the same time attack her enemies.

A ranged attack for Mileena is a throw of one or more sais, from which you can dodge.

The fatality that was shown to us in the trailer is a spinning wheel with tips of the sais. It's a really brutal thing.

The key conclusion that we can draw from what we have seen is that Mileena is strong not with single powerful punches, but with a series of hits. Thus, she cannot be given the initiative in battle. Also, her rivals may still change the outcome of even an unsuccessful battle, if they do not allow her to come to close range.

To defeat this MK 11's Mileena, keep her at a distance, dodge her relatively weak ranged attack, and aim to strike first.

Officially she is the result of Shang Tsung's inhuman experiments to clone Kitana at the behest of Shao Kahn by splicing the DNA of Tarkatan and Edenian genetic material. Due to an error during the experiment, her face was disfigured. She is a clone of Kitana, but seeks to prove that she is in everything and always better than the "original". However, soon after Kitana's death, she herself lost what she very much desired. Shao Kahn, Goro, and Shang Tsung forced her to surrender the throne to the Queen of the Outworld.

She is fluent in sais. With the help of this weapon, she strikes at enemies. Her origins, while striking at her beauty, helped her become incredibly agile. Her moves are a combination of teleportation, throws, and animal moves. We advise you to play it aggressively and quickly.

In Mortal Kombat (2011) she becomes enshrouded in a pink, flame-like aura when executing her signature techniques, including the Rolling Thunder, Soaring Sai, and Kick From Above. Her weapon also gave her the ability to instantly warp towards sais she has thrown on the ground.

Her most famous hit is Tele-Kick.

(according to previous MK games)

Mileena throws two sais with energy at her opponent.

Mileena quickly attacks the enemy from above with a teleport

Mileena rolls towards her opponent, knocking him down.

Mileena leaps onto her opponent's chest and begins eating away their face or neck. Also, if the opponent has a sai lodged in their neck before Mileena performs this move, she'll pull out the sai and stab them repeatedly.

Mileena throws the sai and disappears for a while where the sai was thrown. This can also be delayed, which makes Mileena disappear for a longer time.

Jumps over the opponent and can start her attack

Mileena rolls forward, then grabs her opponent with her legs and throws him to the ground. After this move, if successful, Mileena can continue to damage the opponent.

In this combination, Mileena grabs her opponent and then uses her sais and knee.

For more guides, you can follow us on Facebook and Twitter or join our special Discord server to meet other players from the fighting games community.