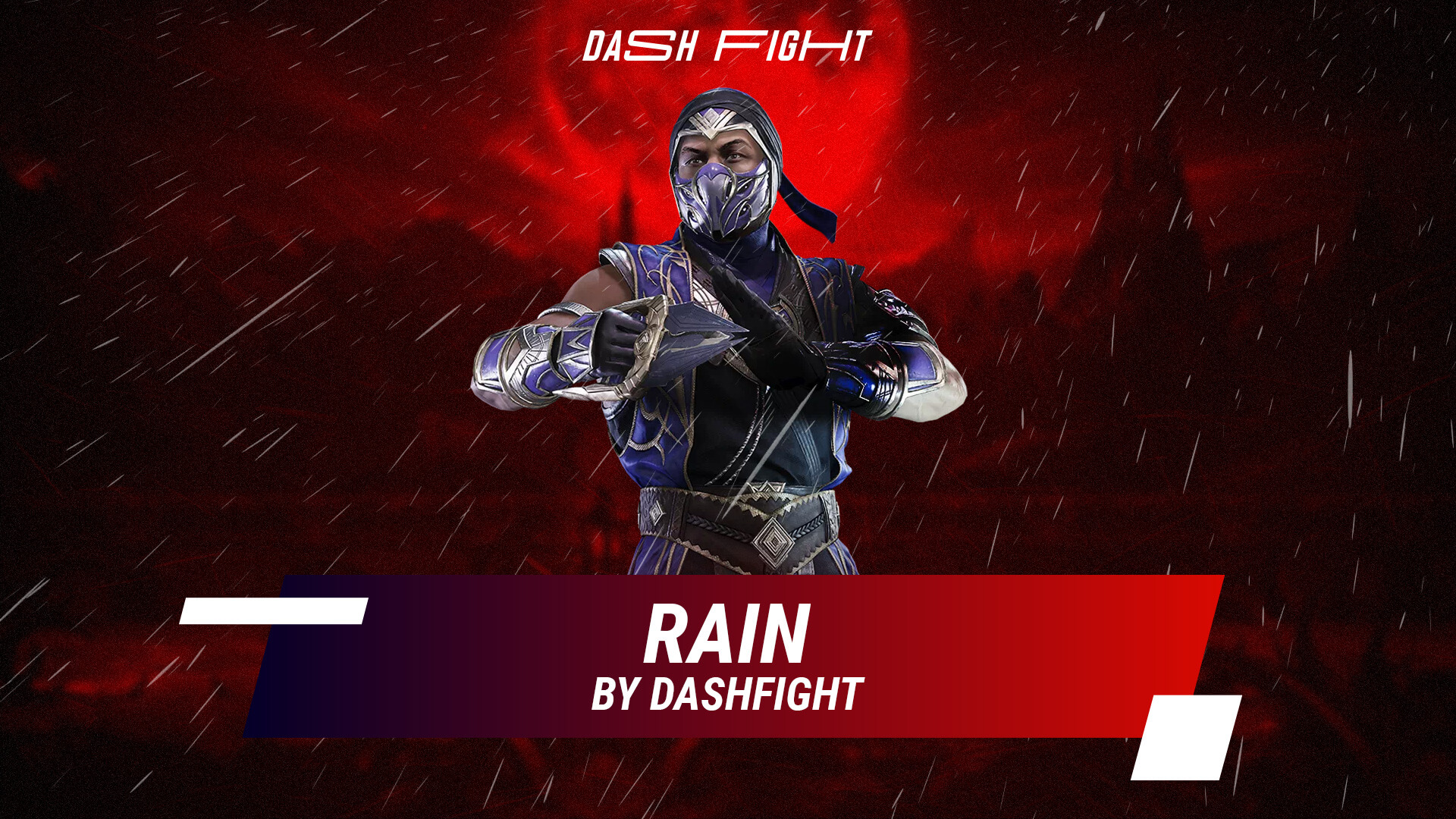 #Guide
Let's find out what the Prince of Edenia can do!

In a few weeks, a global update will be released in the world of Mortal Kombat. Several new characters will be added to the game, including Rain. Players are already wondering what this character will be able on battlefields and we at Dashfight decided to try to answer this question.

This character has a difficult history of appearing in the game. He was originally seen as just a jester to get attention. Even in his name and appearance, there was a comic reference to Prince's song "Purple Rain". But due to the interest of the community, it was fully-added to the game. His first appearance as a full-fledged fighter came in Ultimate Mortal Kombat 3 and Mortal Kombat Trilogy. Rain was originally supposed to appear in Mortal Kombat 3, but the release was delayed.

Rain, the Prince of Edenia - Competitive History (Lore) by PNDK&M

His key abilities are water and lightning control. He also knows how to instantly turn water into ice and create weapons from it for an attack. He can unleash a giant wave on the enemy, create balls out of the water, hit the opponent with lightning, and ice. The water element also helps him effectively dodge attacks by turning into water. He can also open portals, and in melee, he effectively wields a katar dagger, which consists of three blades, while the middle blade is hidden by two retractable blades.

As we haven't mastered teleportation in time at Dashfight yet, so we invite you to get acquainted with his trademark movements, many of which were already distinguishable on the officially published trailer of his fight. Their names may be different, but the essence is quite similar.

This ability allows Rain to create a sphere of water and use it to attack enemies. He can cause both direct damage after contact, and envelop enemies, allowing our character to move the bodies of his enemies wherever he needs.

Rain gains the ability to strike his opponent with one or more lightning bolts like Zeus.

Rain hits his opponent and sends him into a portal, which moves him to another point on the battlefield and simultaneously deals with damage.

Our character launches a powerful stream of water at the opponent, which deals damage and knocks down the enemy

Rain opens a portal that allows him to suddenly find himself behind his opponent.

This fighter creates a powerful stream of water behind him, which pushes him into the opponent

This ability strengthens Rain's attack but makes it impossible to block attacks against him.

Rain throws his melee weapon at his opponent.

Rain creates a sphere of water around him, then attacks the enemy in melee

In fact, this is one of Rain's most useful abilities. His body turns to water and becomes invulnerable to any attacks for a short period of time.

Rain shoots a stream of water at an opponent. This ability replaces Argus Plunge

Rain creates a portal in front of him that absorbs ranged attacks from opponents. It replaces Evaporate, in fact it is a stripped-down version of it.

Rain creates a geyser that captures an opponent and then throws them down in front of Rain, allowing him to deliver a powerful blow that knocks the opponent back across the screen

Rain attacks the enemy with a maelstrom and his melee weapon

Here Rain takes and throws an opponent in various ways.

For more guides, you can follow us on Facebook and Twitter or join our special Discord server to meet other players from the fighting games community.