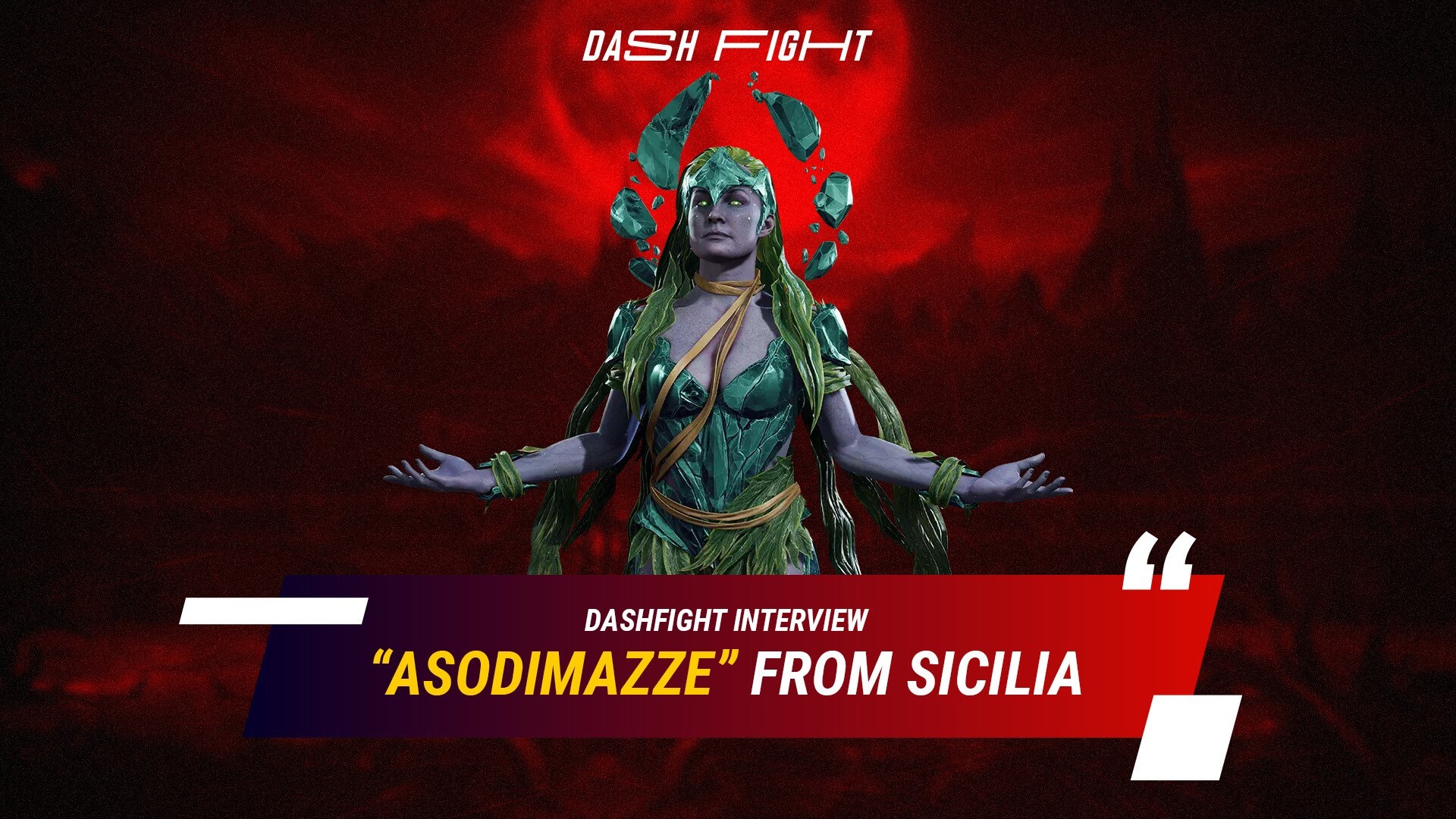 #Interview
He likes tennis, books and MK!
Asodimazze has a humble, but good Youtube-channel

DashFight continues a series of interviews with gamers and now Mortal Kombat players are next in line. We decided to talk to Alfio Tommaso Zacco "Asodimazze", who lives in sunny Sicilia and, as a real Sicilian, is sure that even Elder gods must love pizza.

First, we decided to ask him how he assesses the prospects for the development of something in which we all participate in one way or another and for how long he has been playing Mortal Kombat.

I am enthusiastic about esports. I think it has come a long way in the last 10-20 years and the growth will just continue. In my country, it's not as big as in Asia, the US, or East Europe, but is becoming more and more important in Italy as well. I have been a fan of fighting games since I was a kid and I am a very competitive person, so it’s only natural that I decided to practice and participate in tournaments! Mortal Kombat is my favorite fighting game franchise too, together with Soul Calibur. I have been a die-hard fan of the series since the first time I have watched the 1995 movie. The first MK game I have played was MK2 on SNES, but I have become a competitive player only after MK9 was released and I didn’t travel to any MK tournament until 2015, playing MKX.

Alfio Tommaso Zacco is a lawyer. Of course, he does not believe that Mortal Kombat can somehow help him in his professional life, but at the same time, he is convinced that computer games, in general, can help players develop their personality, first of all, mentally.

I don’t really see anything specific that can relate computer games to the legal profession, but I think that competing in esports has helped me very much in my personal growth in general. Competing has surely taught me a lot of lessons, the main one being: always try to improve myself and realize that every defeat is a consequence of my own mistakes. Blaming others or the game, in general, is a mistake that many newcomers do after they suffer a defeat, but it never helps really.

A little about reading and cinema

Asodimazze loves to read. He even has his favorite author, Neil Gaiman, who writes comics. This gamer recommends reading "The Sandman". I wonder if he wants to write his own fanfiction based on the Mortal Kombat universe. We also asked him what he thinks about the plot of the films and games in the Mortal Kombat series.

I do love books, and I read quite a lot, especially horror – fantasy stories but also other genres. My favorite author is Neil Gaiman. I don’t think I will ever write a fanfic, I think that would probably be a disaster, Ahah. I like the plot of the recent MK Games (MKX, MK11 in particular) very much, I think the storylines have been really interesting. In my opinion, NRS is improving with every chapter, the story in MK11 – Aftermath, especially the Shang Tsung parts, has been Netherrealm's best performance for sure. I would surely like to see more mythologic characters appear in future chapters, the Titans or some other Elder God, for example, that would be really cool. Bring back Onaga too, please.

Since Asodimazze enjoys the plot of the original Mortal Kombat games, we decided to find out if he likes adding characters from other fantasy worlds to the MK universe.

I know that a part of the community doesn’t really like them, but I do, ahah. I have played Alien a lot in MKX, I play Robocop in MK11 from time to time and I am now excited about Rambo, I’ll give him a try 100%. The main reason why I like guest characters in MK11 is that NRS always introduces a lot of references about them, from movies and comics, which is always interesting to hear and see in-game, and they also give the characters a moveset that fits in the game perfectly. Even Robocop, a character that was probably hard to imagine as part of the MK roster, doesn’t seem out of place.

Everyone loves pizza, aren't they?

If you fantasize a bit, what food do you think your favorite character prefers in MK11?

My main in MK11 is Cetrion and I think she loves eating pizza, even elder gods must love pizza after all. Who doesn’t =)?

From player to gamer

Let's get back to your career as a gamer. Was it difficult for you to become not just a player, but an esportsman? What did it cost you?

It surely took me a lot of effort to become a “professional player”, but not a lot of time. I don’t think I have been playing more than when I was a casual after I decided to become a competitive player; I play 1 or 2 hours per day. I think that the main difference between a casual and a pro player is not the number of hours that are put in-game, but the attitude in general and the way one uses those hours. For example, 1 hour in practice mode studying a matchup, knowing what to look for is far more precious to me than 1 hour of casual games against random players.

Alfio Tommaso Zacco "Asodimazze", in addition to esports, also enjoys tennis. Therefore, we decided to find out what, from his point of view, would be more useful for children in schools today, a rapidly developing virtual esports or traditional tennis.

Esports are amazing and I love it, but I think tennis lessons would be better than eSports lessons in school. Tennis, in particular, is my favorite sport, I have been playing tennis since I was 11 years old and I always enjoy watching a tennis game in my spare time. I think every kid should give it a try.

For more interviews, guides, news pieces and other gaming materials join us on Facebook and Twitter or check our special Discord server!