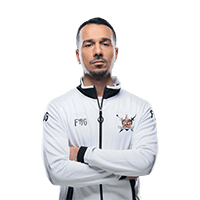 Alfio Tommaso Zacco, also known as "Asodimazze," is a fighting game player and Lawyer from Italy who professionally represents Esport Empire. He mains Doctor Fate and Superman in Injustice 2, Cetrion in Mortal Kombat 11, and Astaroth in Soul Calibur VI.

Asodimazze won 1st place at the 2019 Mortal Kombat Pro Kompetition Online Cup - Europe. He bulldozed his way through 9 straight matches with a 90% set win rate and only lost one match against VideoGamezYo who he eventually defeated to win the title.

Champions of the Realms EU Invitational