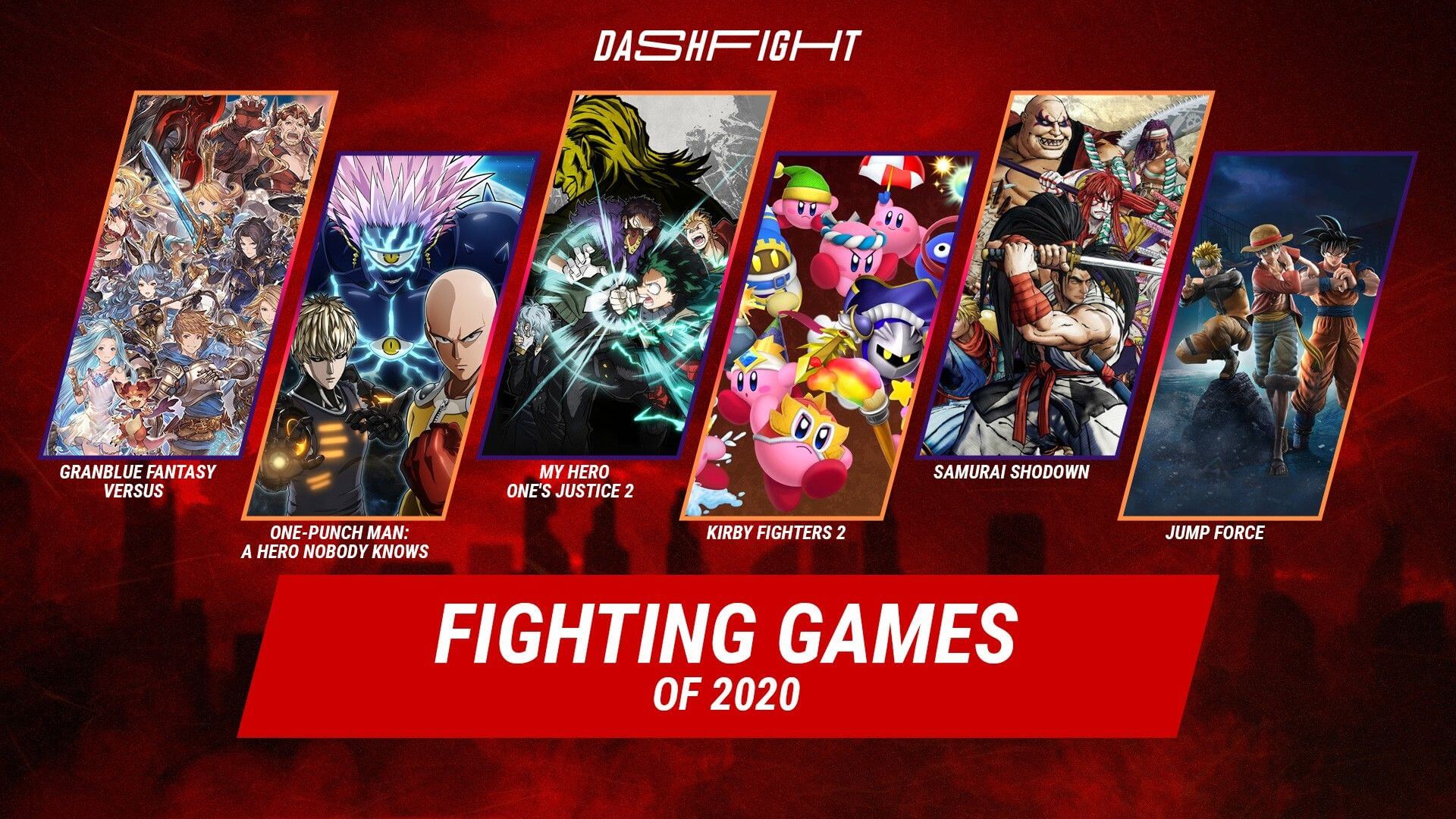 Pic Source: granbluefantasyvs.com
#Longread
Something fresh to enjoy in addition to your primary fighting practice. Or maybe even your new gaming passion

Having an obviously favorite fighting title doesn’t mean you can’t enjoy other games - even if they are of the same genre. In fact, by distracting to some fresh virtual matches, you can return to your main practice with unusual ideas and some new skills. What about trying out fighting games released in 2020?

This year wasn’t easy, but it definitely had some funny moments and great fighting events (such as WePlay Dragon Temple). Also, 2020 brought a few very good games to the fighting games community.

This game is based on the super-popular mobile RPG and has its unique style. For the short time of its existence, Granblue Fantasy Versus got an excellent reputation in the community and even was highlighted at some esports tournaments. The best part of this game is accessibility for newcomers to the fighting genre.

Characters here have Light, Medium, and Heavy attacks. Each of them also can perform unique attacks. The controlling system is simple, and the combo possibilities are very limited - and this is a good feature for beginners.

One-Punch Man: A Hero Nobody Knows

Have you watched the anime series One-Punch Man? The game is based on that show, and it will be interesting for the fans first of all.

It’s not a hard-core fighting game at all. You create a character and try to make a hero out of them. During the story campaign, you explore the world, meet opponents, and collect new moves. The game is somewhere in between fighting and action RPG genres.

One-Punch Man: A Hero Nobody Knows is a fun experience - especially when Saitama appears and destroys everyone with his famous overmighty one punch.

It’s another game based on a popular anime. If you enjoy My Hero Academia, you should pay proper attention to this title. You’ll find here many familiar characters, fun fighting actions, and an awesome visual style of the original series.

My Hero One's Justice 2 is an improved version of the first game, but it still lacks depth in fighting mechanics. You can’t expect the same long-term success from this game as from Tekken 7, which is also published by Bandai Namco.

There is no serious fighting mechanics in this title, but you can be sure of having lots of fun hours. Kirby is fighting other Kirbies! Each can have unique abilities - you choose the type of your Kirby and get special movesets. This variety of heroes opens strategy opportunities but not too many to make the process complicated.

This game will definitely be interesting for the Smash Bros. Ultimate players. Both Kirby and Super Smash Bros. franchises were created by Masahiro Sakurai. Kirby Fighters 2 even contains other Smash/Kirby characters: King Dedede and Meta Knight.

Gamers rarely purchase a new system only to play a freshly-released fighting title. That's why it’s cool to have games from the previous years re-released for new consoles in 2020. Maybe, you can get something for your platform!

On the one hand, this game is accessible and simple. The controlling system is straightforward, so you can enjoy the process from the start. On the other hand, the fighting mechanics here are very deep, and players should really learn their characters and their opponents to read the game situation, use the best moves, and punish all the enemy’s mistakes.

Samurai Shodown is a continuation of a long-running series. Fighters here use swords (like in Soulcalibur), and the fights are full of splashing blood (almost like in Mortal Kombat).

The game contains heroes from lots of anime series. It’s an explosive mix that delivers lots of splashy action with so many well-known faces. But like other fighting games released in 2020, this is not a very deep experience. You can have a decently fun time playing with friends or delving into the starting part of the story. Then the lack of deep mechanics and overpowered final bosses may make the experience not that cheerful. Still, who cares if you can play Son Goku from Dragon Ball, Naruto, Monkey D. Luffy from One Piece, and Izuku Midoriya from My Hero Academia in one game?

Of course, 2020 is a year of Street Fighter V: Champion Edition and Mortal Kombat 11 Ultimate. But technically, they are not new games, so we haven’t included them in our list. Also, we skipped Naruto Shippuden: Ultimate Ninja Storm 4 and Under Night In-Birth Exe:Late[cl-r], they both are pretty old games that got re-released for Nintendo Switch and PS4. Maybe, you will still find these titles from 2016 and 2012 interesting.

Fighting games are part of a much bigger phenomenon - gaming. We at DashFight love to see how fighting enters other genres, even if this happens only in our imagination, like in the article 9 Fighters We Would Like to Recruit in Watch Dogs: Legion.