WePlay Dragon Temple. All info and a little bit more

Ilya Kravtsov
Dec 28 20204 min
React container will be here soon...
Below you can find out what happened at one of the largest and unique offline Mortal Kombat tournaments in 2020

Even now, it seems that the WePlay Dragon Temple ended only yesterday. Some of the best Mortal Kombat players in the world have gathered in a unique arena in Kyiv. They came from different continents to determine the best one to receive the Dragon Winner Cup.

We have prepared a special announcement for you, which tells about each of the tournament participants.

The tournament began with friendly games where duos of players took part. One of them played directly, and the other was in the role of coach. These games were exciting and could completely liberate the players without worrying about the final result. Also, during Pocket Team fights, participants could learn each other's playing styles or, on the contrary, confuse opponents.

All fights of WePlay Dragon Temple were streamed live. For all viewers, we invited legendary MK commentators of our time. Whom? You can find out here, at the same time reading their short interview.

Grr, Tekken Master on the one hand and Asodimazze, Dubasik on the other took part in the tournament's first fight. Interestingly, one of them became the final winner of the tournament.

• GRR 2-0 victory with a clean brutality

We have collected for you the best moments of Pocket Team fights:

After the first day, which can be called a warm-up, the players proceeded to the group stage. The best participants in group A were determined among:

You can see how it was here. No time? We understand. Therefore, we have collected the best moments of group A fights below:

The next day were determined who will enter the playoffs among the participants of group B:

You can find out our original assessment and the best episodes of each group B fight here. Are you still in a hurry? Then take a deep breath and enjoy the best moments from group B in one video below:

The third day of WePlay Dragon Temple was decisive. The best and luckiest players have made it to the playoffs. We described each fight in detail, right down to the final one. The decisive fights were started personally by the absolute world boxing champion Alexander Usik, who also announced a FIGHTING GAMES LEAGUE.

We recommend that you click on this link to read and see the best snippets of each final day match. Do you not want it? Then sit back and appreciate the play of the great players in Mortal Kombat below, each of whom wished to win and possess the Dragon Cup. 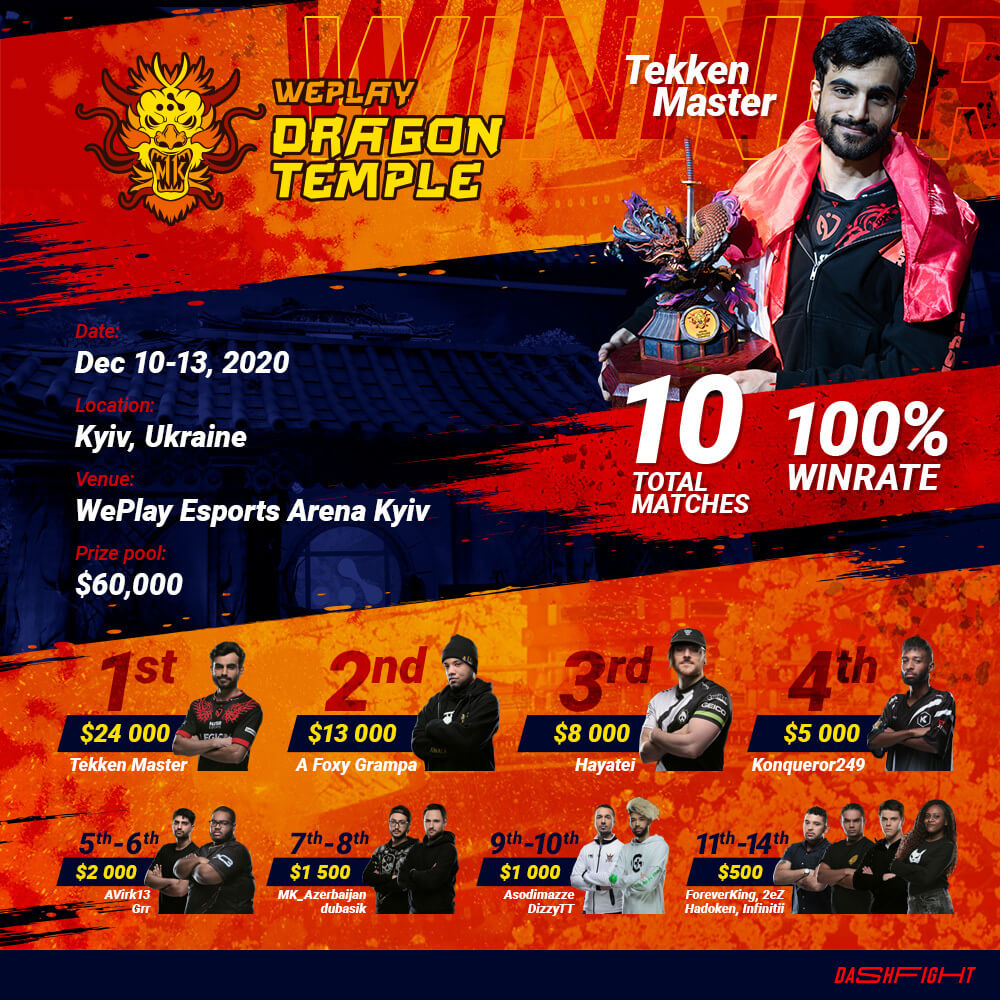 You have read up to this point, which means that you are truly a fan of Mortal Kombat. We have special bonuses for you.

Bonus #1 We took exclusive interviews with the tournament participants to find out who these people are: Infinitii, AVirk13, Grr, Konqueror249, Dubasik, Asodimazze. 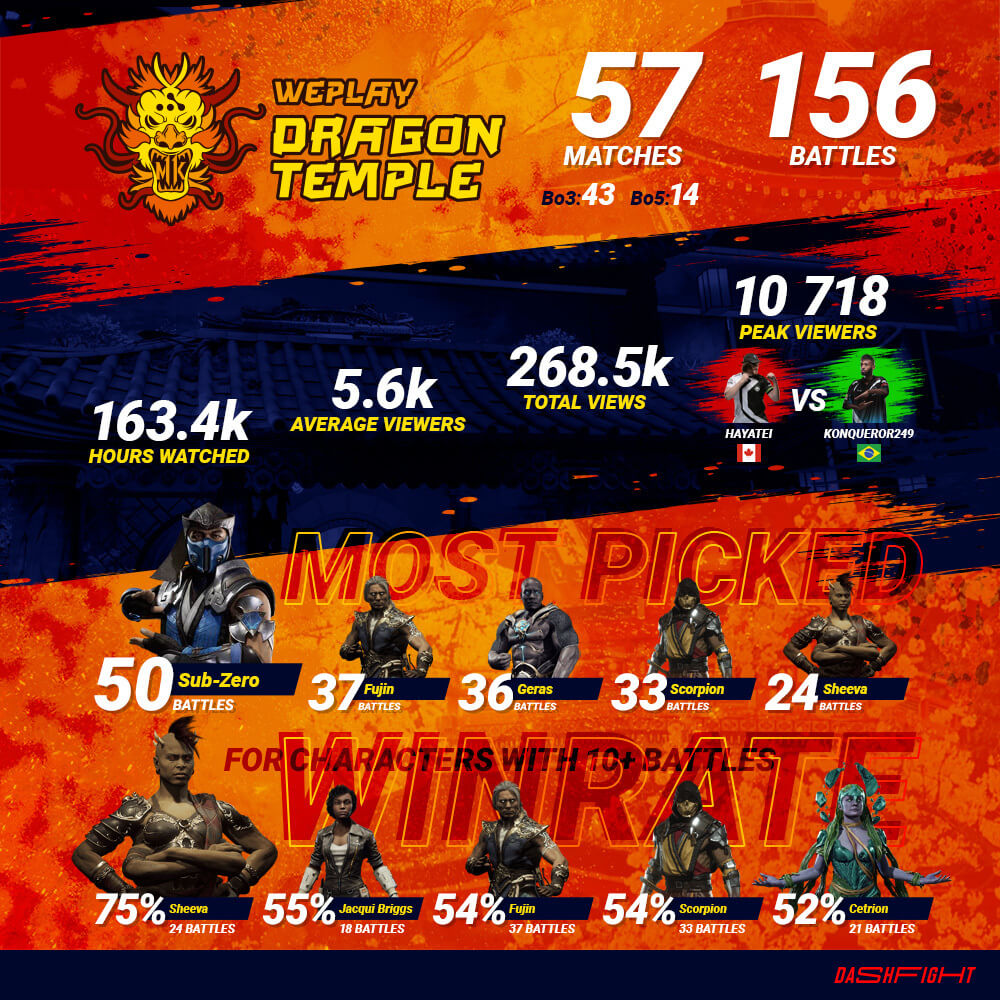 WePlay Dragon Temple has garnered attention on social media. One of the messages related to this tournament was retweeted by the co-founder of the game Mortal Kombat Ed Boon. You also can check the best twitter-moments of this event below:

The DashFight team wishes you a Happy New Year and all the winter holidays of the outgoing 2020. We sincerely wish you and your families and friends prosperity, wisdom, success, health, and, of course, many, many new victories and a lot of good things!