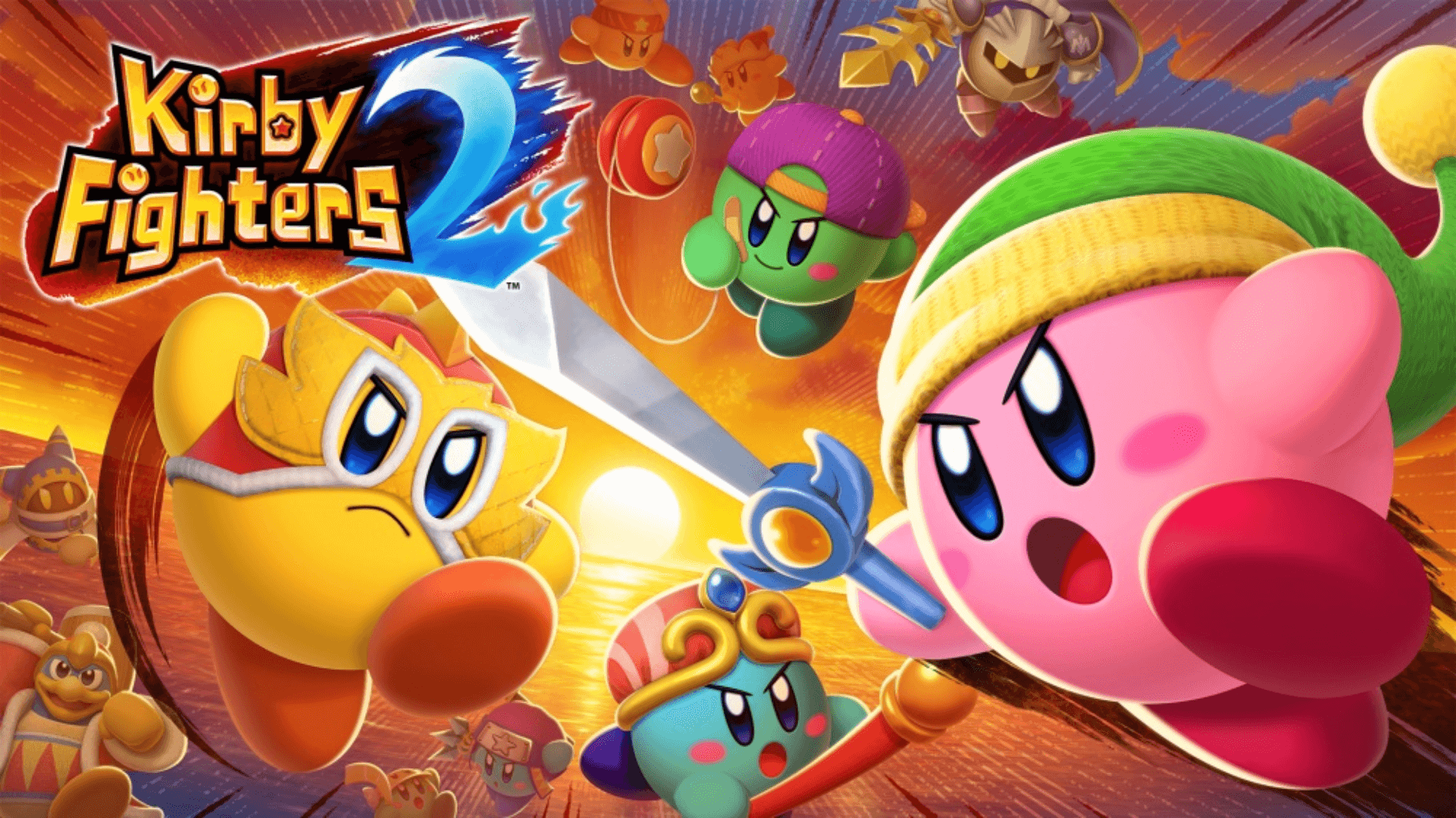 Who could imagine that this pink creature is such a good fighter? Of course, Kirby is a brave hero who has successfully defeated many evil creatures. And still, he is so cute, just adorable!

In the Super Smash Bros. game series, Kirby managed to prove his strength in countless matches against many opponents. He trained a lot and got many glorious victories (and bitter losses) to go beyond this fighting to his own game of this genre. Kirby Fighters was released as part of the Nintendo 3DS game Kirby: Triple Deluxe and a bit later as a standalone title Kirby Fighters Deluxe for the same handheld console.

Quite recently, Nintendo released a new fighting game with this guy - Kirby Fighter 2 for the Switch systems. And it’s so much fun!

Players get their Kirbies and fight each other on colorful stages. The creatures can have various outfits and use lots of weapons, changing the playing style. While playing, your Kirby gets new abilities and buddies - to fight as other characters of the same original series (such as King Dedede or Meta Knight)

Kirby Fighters 2 is not as serious as Super Smash Bros. Ultimate (do we consider SSBU a serious game?). It’s full of a chaotic mess and the atmosphere of sweet cuteness. On the other hand, the fighting mechanics here are not blank at all. The game offers an interesting depth to improve your skills and many possibilities for building your strategies thanks to abilities and buddies.

Kirby Fighters 2 is available on Nintendo eShop, and we at DashFight recommend taking a look at it. This may become a nice entertainment in between powerful fights in many modes of Super Smash Bros. Ultimate.

This game is also a nice distraction for those who anticipate the announcement of the next SSBU character.