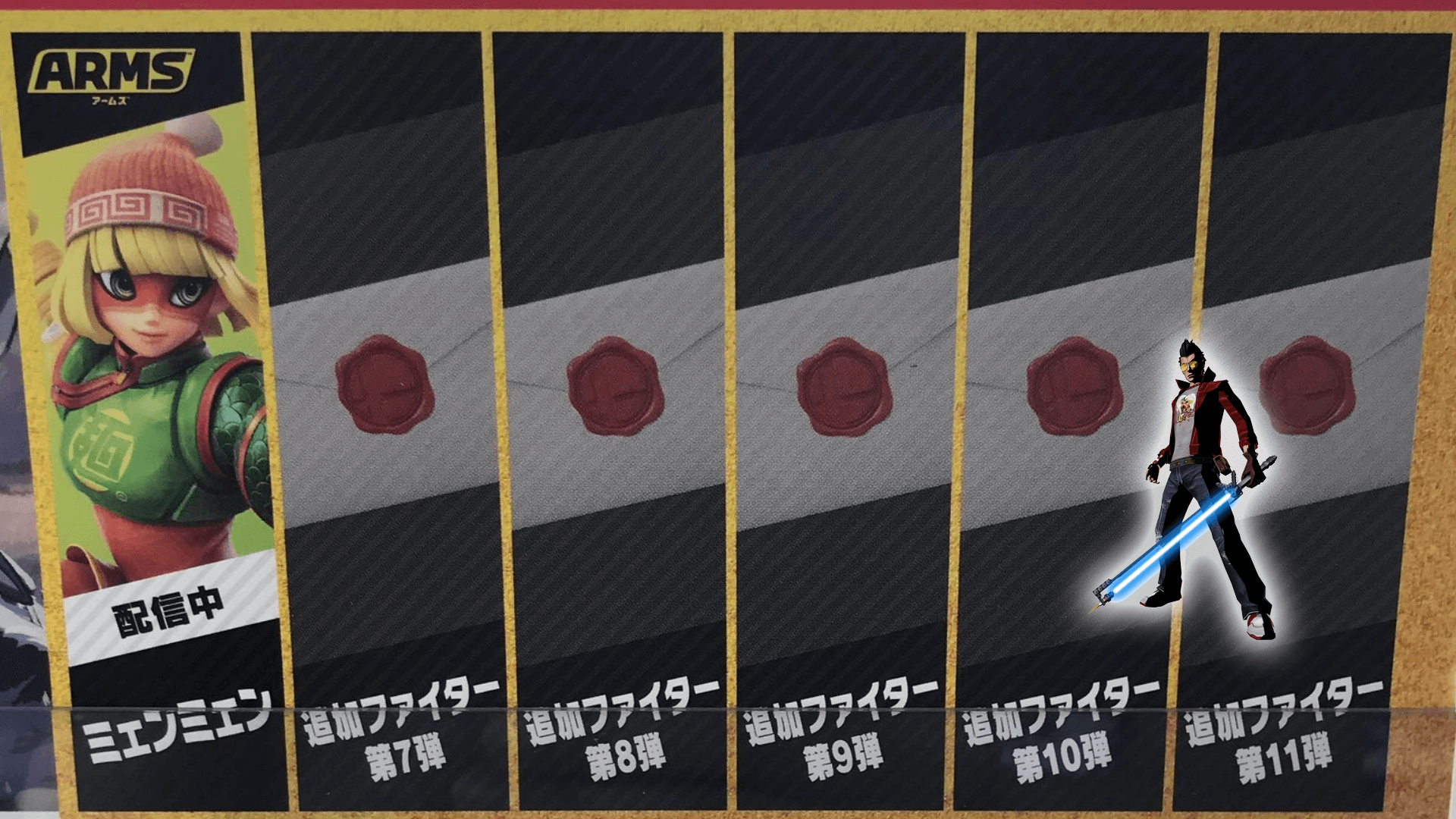 #News
This looks like a real thing, not another dream of the Smash Bros. community. (Can we hope for Travis Touchdown?)

How long ago have we got the previous rumor on a new character in Super Smash Bros. Ultimate. Yep, we have such things almost every week, when someone’s uncle heard from his friend whose girlfriend works at Nintendo that she heard from Sakurai’s assistant… (probably, you got the point). Such rumors may be fun to discuss, but they often lead to frustration - oh, and I wanted that Waluigi so badly. This time around, we have something more substantial than that unkle-type of rumors, so it may be even a reason to (cautiously) get excited.

Interesting advertisements were spotted in Japan recently. They show Min-Min, the newest character in SSBU, and a few empty spots. It definitely feels like a teaser, which eventually leads to a Nintendo Direct and a fighter reveal.

Please, notice that date - the advertisement will be removed on October 4. It’s safe to assume that the teased new SSBU character will be already known on that date.

Another question is active in the community - who might this be? And another rumor pops up here! But its basis is very doubtful. The Switch Player magazine published an interview with Goichi Suda, the creator of the No More Heroes game. And he was asked about the possibility to add Travis Touchdown to Super Smash Bros. Ultimate. The answer was: “That's going to be a big 'no comment' from me.”

Usually, such situations happen when developers don’t want to reveal something. Otherwise, it would be more natural to say - “We want this partnership” or just “No”. That “no comments” created more hopes than any girlfriend that works at Nintendo.

Meanwhile, you can have fun with many other fighters (the game has really a lot). What about taking Bayonetta to a match? Her personality is quite in tune with the hack-and-slash spirit of No More Heroes.