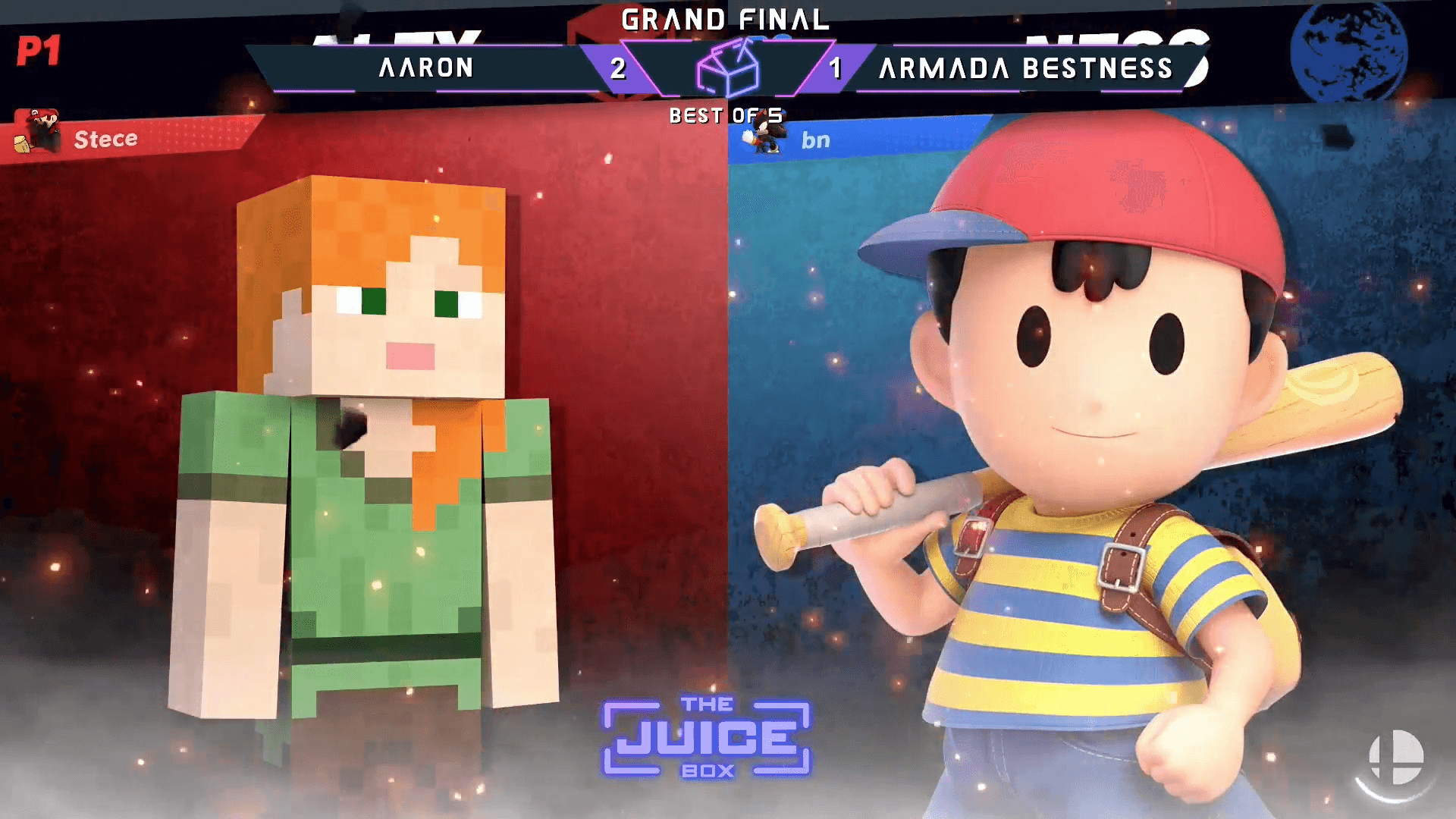 Nintendo
#News
He lost in the Winners Final but still managed to grab the victory - while playing Minecraft Steve / Alex.

On October 21, Team Liquid and Hungrybox hosted another Smash Ultimate esports event of the weekly series The Box: Juice Box. It’s nice to see fights of many experienced guys at this tournament, even if we already have some other big SSBU competitions on the horizon - such as NA Online Open October 2020 or European Online Challenge Throwback Throwdown.

512 players participated in matches of The Box: Juice Box #17. First, they fought in 16 starting pools to enter the Top 64 part. Then, there were matches for places in the Top 8.

Aaron “Aaron” Wilhite won all his Top 64 matches and entered the final stage through the Winners Bracket. The start in Top 8 was quite promising for Aaron - he won the Semi-Final match against Luke “KirbyKid” Richmond (3:2). But then, he lost the Final match against Spencer “BestNess” Garner.

In the Losers Final, Aaron fought KirbyKid once again and got his ticket to the Grand Final (3:2). The Final opponent, BestNess lost the first match 0:3. But then he gave a nice fight in the Grand Final Reset - still, Aaron won 3:2.

Do you know what is the most interesting thing in this victory? Aaron managed to win whilst playing Steve / Alex from Minecraft! This character was added on October 14, and just a week later, they enter the professional scene and get a victory. It would be interesting to see how other pro players will adapt to the new fighter. Recently, Nintendo released Update 9.0.1 with bux fixing for Steve, and probably we will see some other adjustments in the future.

Team Liquid and Hungrybox also host the monthly tournament The Box: Lunch Box. The winner of the previous such event is BestNess.