NintendoVS announces the next Autumn Series for SSBU 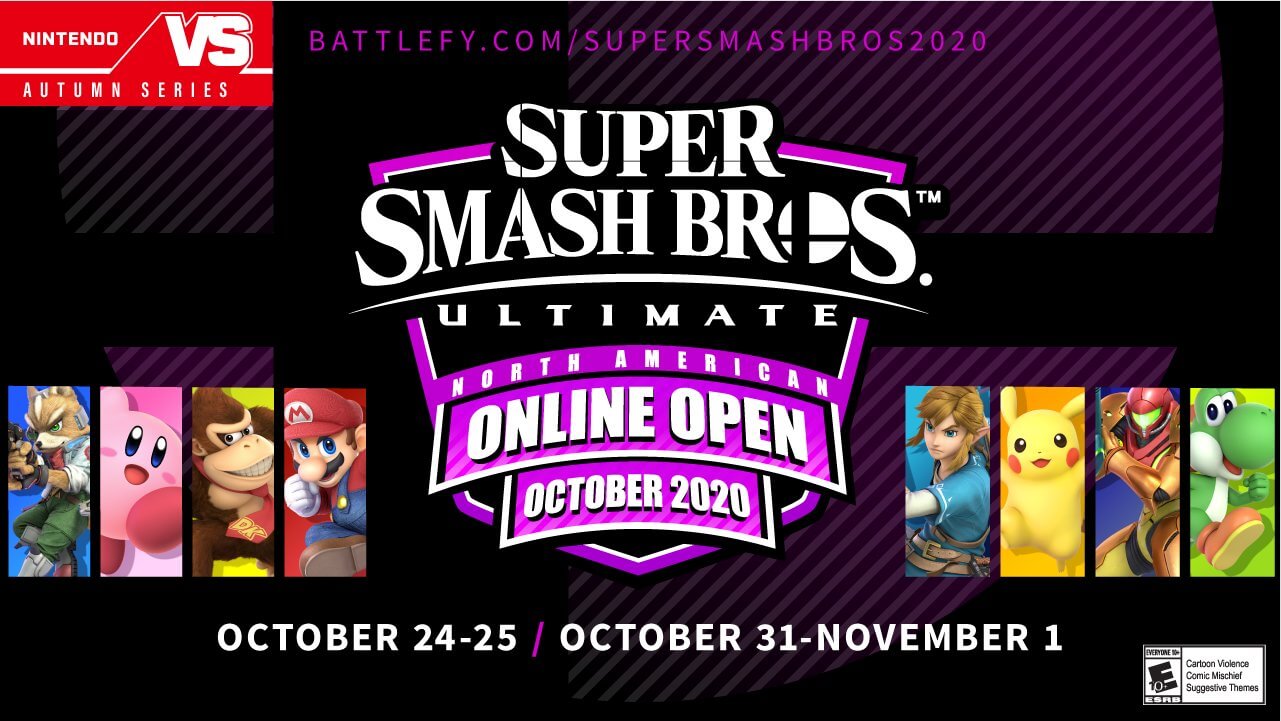 A new North American Autumn event for Smash Bros Ultimate owners has been announced by @NintendoVS. Unlike some of Nintendo's other events for SSBU, the Autumn Series is organized outside of the game using Battlefy. The estimated value of the prizes does put this tournament well beyond anything Nintendo has set up for the SSBU competitive scene in recent times. And with some small, but much appreciated changes to the format and map selection. This is an actually interesting event put together by the company.

Four top players from each of the group finals will receive the Grand Prize of a Super Smash Bros. Ultimate North American Online Open October 2020 gold-coloured Trophy valued at an estimated $200 USD. The next twelve players will get silver versions, valued at $150 USD and the final forty-eight will each receive 2500 Nintendo Gold Points.

The event is divided into eight different regions. Players have time to register until the 24th for regions 1, 2, 5, and 6; Or the 31st for regions 3, 4, 7, and 8. After which competitors will face off in a ladder format for three hours. Playing as many games as they want, with a minimum of eight matches completed to advance. Then the top 32 players from each region will complete a single-elimination Bo3 bracket. Finally, the best competitors from regions will face off against each other on November 1st in a final round set up as such:

For further details on the event, you can read the official rulebook released alongside the announcement. For more news on Super Smash Bros Ultimate and Fighting games, you can follow us on Facebook and Twitter or join our special Discord server to meet other players from the fighting games community.