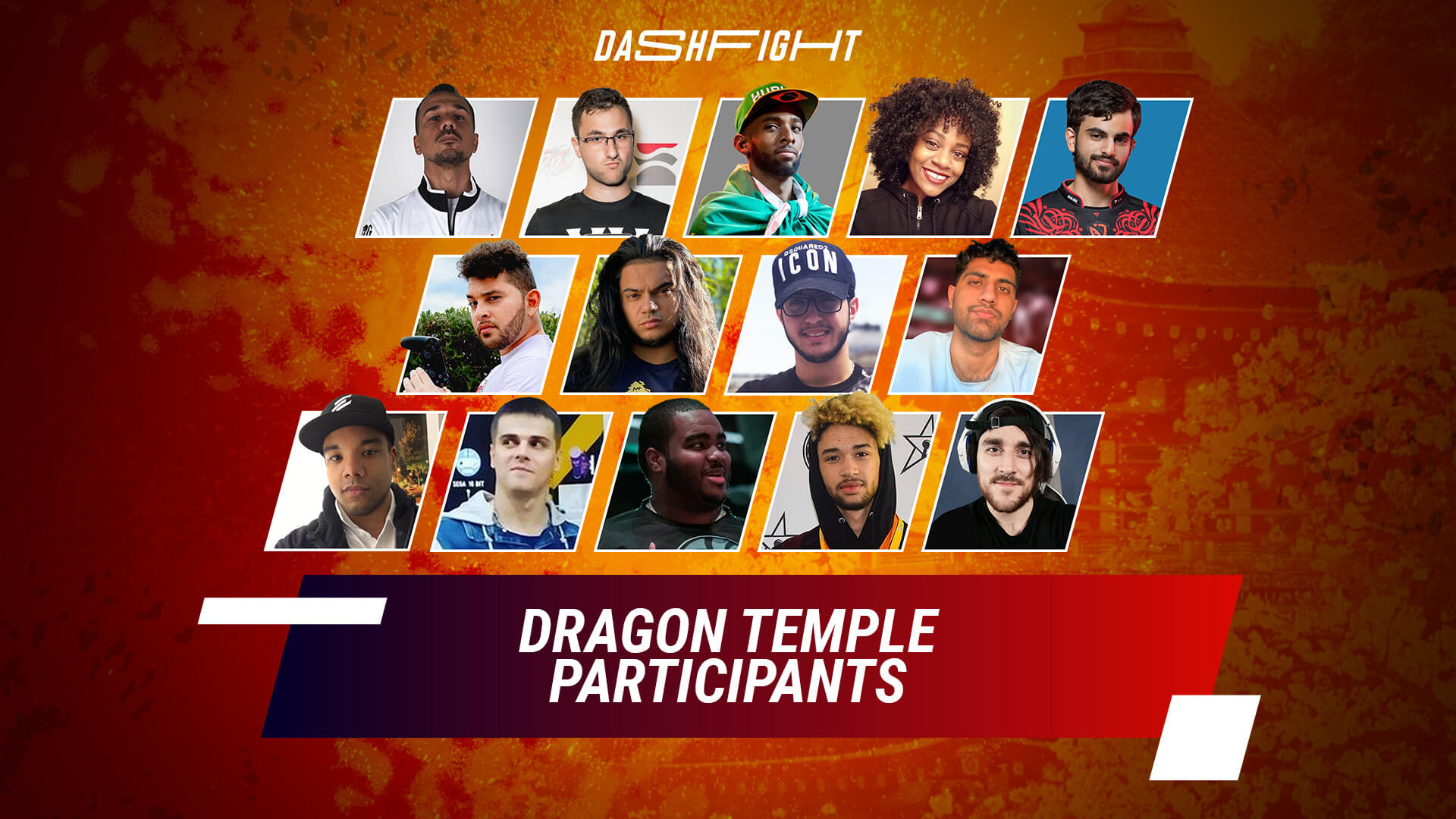 #WePlay Dragon Temple
Take a look at this list, that is going to be a tasty battle

The final preparations for the WePlay Dragon Temple tournament are coming to an end. The guards will check the ruins for stability and the halls for darkness, and the herald has finally got hold of a list of all the heroes who are preparing to arrive at WePlay Esport Arena Kyiv from all over the Earth.

Join the spectators from all the realities who will watch the exciting battles. It all starts on December 10th. Do not miss it.

With respect and honor, we would like to present to you those heroes who dared to take part in the upcoming battles. They represent multiple continents, many different countries, and play styles, but each of them wants to win and unleash the dragon flame!

His name is Alfio Tommaso Zacco and he is a representative of sunny Sicily. He is an experienced participant in international tournaments and has shown good results. His main is Cetrion. It is not yet known how the rather cloudy weather in Kyiv and the lack of branded Sicilian pizza will affect him. Perhaps this will infuriate him and then Asodimazze will unleash all his anger on those rivals who will treat him without respect.

His name is Georgios Kalaitsidis and this is a "brown bear" from Russia, who won many fights on the international stage and gained the victory in a big tournament in Moscow. He is a very disciplined and thoughtful player who is always determined to win. He plays well for Jade and Sindel. He's participating in WePlay Dragon Temple for victory and for the thing he likes the most.

Wellington de Castro is an interesting and unpredictable player, his main is Sub-Zero, but he can also unexpectedly choose Shao Kahn. Despite the fact that SK was weakened, this player still remains committed to this character. He is one of the most motivated participants of WePlay Dragon Temple, as KONQUEROR249 sets off on this heroic campaign from faraway Brazil. Opponents should be wary of him because this player won Liga Latina MK11 2019-20 and got high places at many other events.

Her name is Sedria and she will undoubtedly become a gem of our tournament, not only because of such a beautiful name. She is a very skilled fighter and excellent in every way. INFINITII has competed in several tournaments since her debut in 2017. Her main is Sonya Blade. Also, INFINITII is known for being passionate about cosplaying and playing for Mileena. We hope to see Mileena under her guidance during the tournament.

It remains a big mystery what attire she will appear in during the WePlay Dragon Temple tournament.

Sayed Hashim Ahmed is one of the leaders in the global ranking of Mortal Kombat 11 players. This is one of the most dangerous opponents for anyone who participates in WePlay Dragon Temple. This is a mysterious player from the East, his mains are Sonya and Cetrion. Few can stand against his might.

His name is Arsam Virk and he has to cross the ocean, overcome thousands of kilometers to take part in the battle for WePlay Dragon Temple. He has started his career not so long ago, in 2019, but is determined to climb the Olympus of Mortal Kombat. He is ready to conquer new peaks with Scorpion.

He already knows the taste of winning and has taken part in several tournaments.

His name is Hamid Mustafayev and he is a representative of very promising gamers from the Central Asia region. Also, MK_Azerbaijan knows how to play for several other characters, but his main is Sonya Blade. So his rivals should be prepared for the fact that he may do an unexpected pick.

Aj Pier plays different fighting games. But at the same time, he has a rich experience of competing in Mortal Kombat 11. He won 1st place at The Pinnacle 2019. He represents the state of Washington (USA). He is a difficult rival to prepare for as he plays for a variety of characters.

Christian Quiles is another US representative. His main is Kung Lao and he is the most experienced player, having played in various tournaments since 2012. He is well known for participating in the Kumite in Tennessee 2020 Tournament where he reached the 5th place out of 110 entrants in the Mortal Kombat 11 singles event with a set win rate of 71.43%.

Denom Jones will arrive to win WePlay Dragon Temple from the United Kingdom. He is in the TOP-10 of the best players in the global Mortal Kombat rating. His mains are Shang Tsung and Nightwolf. From his entire huge list of achievements, we will give only one fact that testifies to the power of this player. A F0xy Grampa ended EVO 2015 as a runner-up, where the only person who could stop him was SonicFox in the Grand Final of the MKX tournament.

For Aleksandr Marchenko, WePlay Dragon Temple is practically a home tournament. He finished second in the KIEV CUP 2020 tournament. This is a new player in Mortal Kombat, who is especially dangerous for his unpredictability.

His name is George Foulkes, his main is GERAS. Perhaps because the name of this character also begins with a "G". Or maybe because he masterfully plays for him and is able to defeat any opponent. In any case, he is ready to fight for victory in the WePlay Dragon Temple tournament. And if you want to know the real reason for choosing his primary fighter, check out our interview with Grr.

Alexandre Dube-Bilodeau is an experienced player from Canada. He achieved impressive results in one of the most prestigious Mortal Kombat tournament - EVO. He ranked in the top 10 from 2016 to 2019 and is able to play for many characters.

Tyrese Carl is a player from the United Kingdom. His mains are Sonya and Jacqui Briggs. He has repeatedly won prizes at tournaments such as Brazil Game Show 2019, Ultimate Fighting Arena 2019, VSFighting 2019. He also has victories at Stunfest 2019, as well as VSFighting 2018. He is a very dangerous, strong player and wants to show a good result in the WePlay Dragon Temple tournament.

So, the full list of WePlay Dragon Temple Participants is as follows:

You can quickly learn about the events of the WePlay Dragon Temple, as well as discover the world of fighting games at DashFight.

Live broadcast of the tournament directly from WePlay Esport Arena Kyiv will be available on Twitch here.

Get news, read interviews, and get better with us!