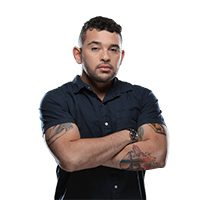 Christian "Forever King" Quiles is an American fighting games player from Sheffield Villiage, Ohio. He made his competitive debut at the EVO 2012 Tournament where he ranked 5th place out of 304 entrants in the Mortal Kombat 9 event.

Forever King also competes in Injustice 2 and is a fan of anime/manga such as Yu Yu Hakusho.