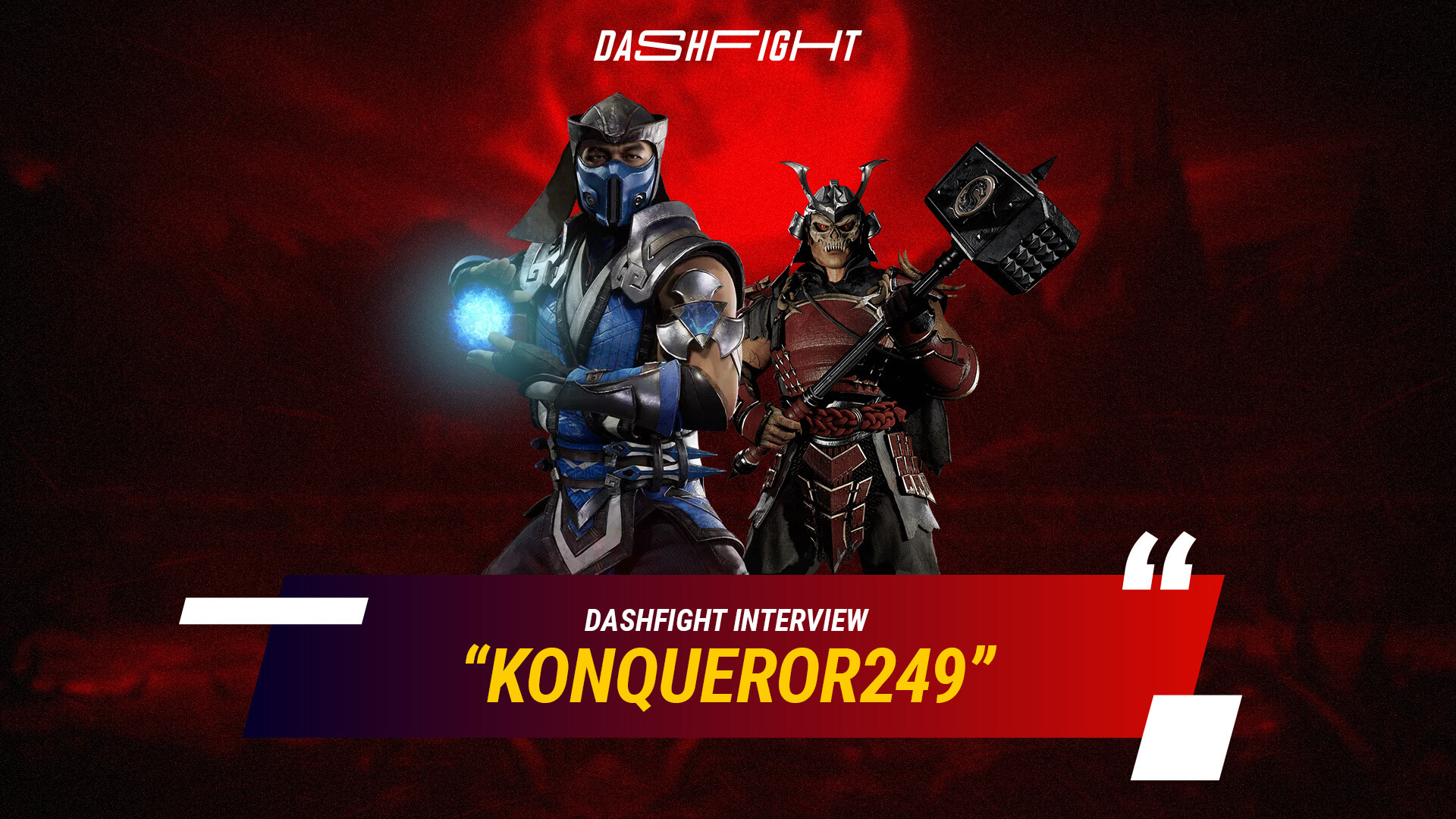 #Interview#WePlay Dragon Temple
He won Liga Latina MK11 2019-20 and got high places at many other esports events. And now Konqueror249 shares his experience with DashFight readers

Mortal Kombat burst into the game industry in 1992 and very quickly became one of the most popular fighting franchises in the world - not only thanks to its unusual realistic visuals and super violent attacks. The mechanics here are amazingly deep, they open great possibilities for self-improvements. Many players love this chance to develop their skills and grow inside the game with no limitations.

The competitive spirit of Mortal Kombat is super powerful. And we at DashFight love talking with MK esports professionals - to hear their unique experience in this game and get some advice on playing Mortal Kombat better. This time, we had a great chance to chat with Wellington "Konqueror249" de Castro, a Brazilian player who currently represents the New Age Team.

It’s always interesting to know at which moment a player becomes professional. Konqueror249 competes in Tekken 7, Injustice, and Mortal Kombat. Some of his achievements are: second place at Liga Latina 2017 Finals and Fight in Rio 2018 - The Slugfest (Injustice 2) and victories at TRETA Championship 2019 and Liga Latina 2019-20 Finals (Mortal Kombat 11).

Konqueror249 says about the beginning of his fighting esports career:

I always liked fighting games, but I started competing in Mortal Kombat X

Mortal Kombat has lots of good fighters. Choosing your primary character is almost a crucial step - they should be powerful enough to defeat various opponents and the player should like the personality they control to spend many hours “together”.

It’s interesting to know who is the favorite character of Konqueror249 and which fighter he recommends for beginners in MK11.

My favorite character is Shao Kahn, but he came a little weak in this game, so unfortunately it is too risky to play him. I also like Sub-Zero, my main character, and yes, he is a great character for beginners, I think

The world of online events

This year, everyone in esports has to adapt to new rules. Tournaments take place online and this makes them significantly different for players.

In this situation, I play all online tournaments too but the offline ones are so much better because you can talk with your friends. Still, I understand the world situation

Even with the current problems, many interesting events happen regularly. What was the most memorable for Konqueror249?

My participation in the World Cup (Final Kombat 2020) was very important, I had the opportunity to represent Latin America, a dream come true

Competition inside the community

In the game, players work on their skills to become better versions of themselves and, of course, to defeat other players and become the best. It’s interesting to know who Konqueror249 is looking forward to playing against.

GuiExceptional is my toughest opponent, he eliminated me in some tournaments. Record this name. He is very strong

Many players want to start their career in fighting esports. And many beginners want at least to get their victories in MK11 matches. Who could give better advice than a guy who is already successful on this path? Let’s listen to the experience of Konqueror249.

I recommend playing with the character you like. Learning combos and frame data is essential to people in this game

The best way to get to know a pro player better is to watch them at an esports event. So, where can we see Konqueror249 playing?

I plan to participate in a big event soon, I am very happy and excited. I know that the level will be very strong, but I will give my maximum

Normally, I always play the weekly tournaments of Kombat Klub, a Brazilian organization. Follow it on social networks, there are always tournaments happening there

We would like to thank Wellington "Konqueror249" de Castro for taking his time and answering our questions. Hopefully, we will have many good reasons to mention this guy on DashFight. Feel free to follow Konqueror249 on Twitter and Instagram.

We have published some other interviews with interesting MK11 esports personalities. For example, you can check out our conversation with Alfio Tommaso "Asodimazze" Zacco.

Also, you may be interested in checking out the list of the best female characters in Mortal Kombat 11

Stay tuned to DashFight on Facebook, Twitter, and Discord - you’ll always be in the whirl of all things fighting games.