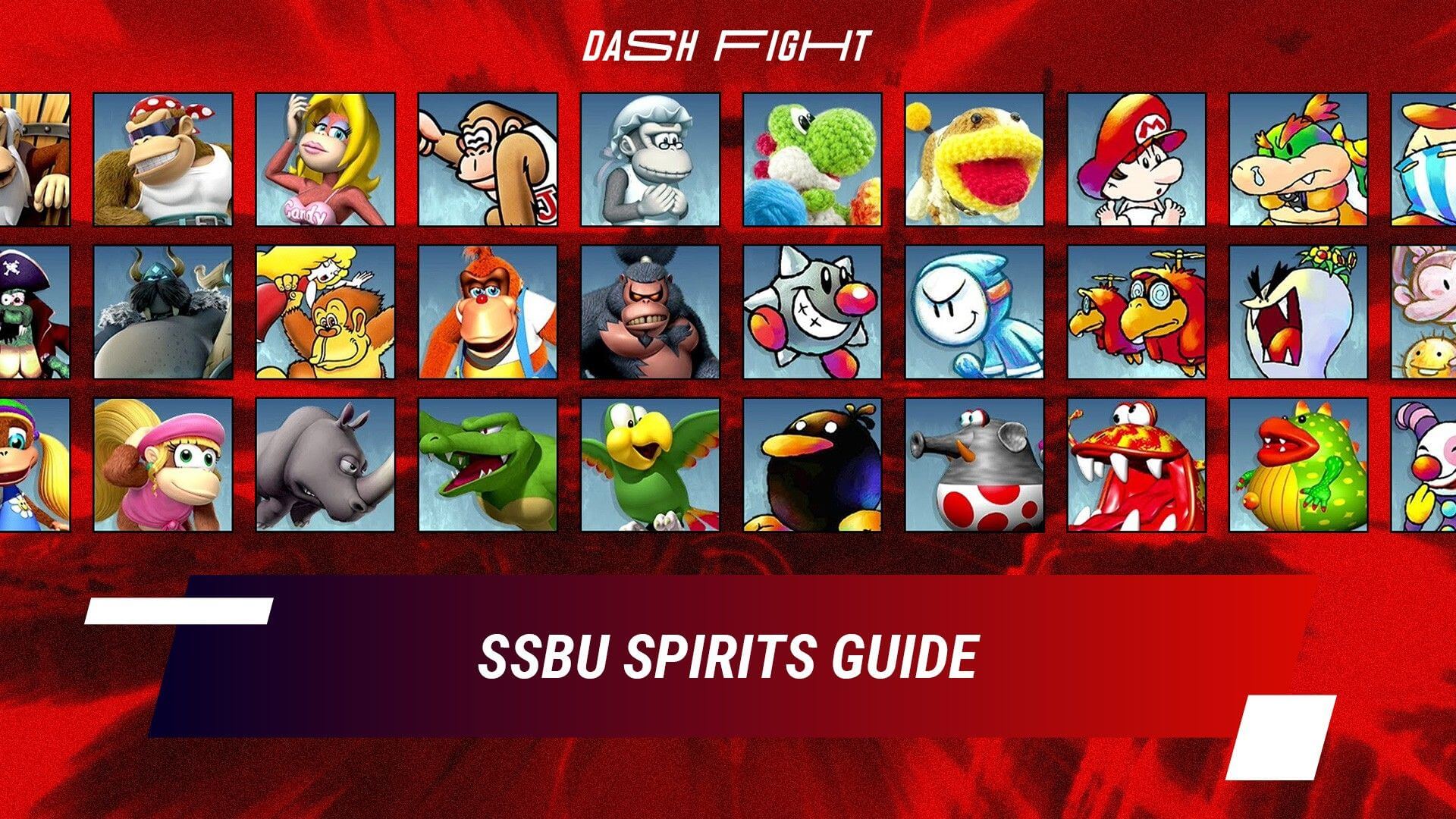 Nintendo
#Evergreen#Guide
To not get confused with this interesting alternative to trophies from the previous Super Smash Bros. games.

Gamers love getting virtual rewards. We are ready to spend hundreds of hours looking for hidden collectibles and performing tricky tasks to obtain those glorious Platinum PlayStation Trophies or Xbox Achievements. But what about Nintendo games? We don’t have such a system on the Switch, so each title should have its own achievements. The developers of Super Smash Bros. Ultimate have done this in the most brilliant way possible - with SSBU spirits.

Earlier Super Smash Bros. games had a more traditional trophy system. You reach some milestones or accomplish something and get a trophy to put onto your virtual shelf and never again look at it. Spirits in Smash Ultimate are very similar to those trophies, but you can use them in the game - they give some substantial advantages.

Another awesome role of spirits is giving the community as many gaming characters as possible. SSBU players never get totally satisfied with the number of fighters. For now, we have 84 fighters in Super Smash Bros. Ultimate and four more will be added in the future. But what about that guy? Or that girl? Or those fluffy kitties? Thanks to spirits, Masahiro Sakurai and his team can add hundreds of characters without ruining the game balance. Of course, having your favorite character only as a spirit is not the same as taking them into game matches. And still, it adds lots of excitement to the game.

How to get SSBU spirits?

There are three main ways to get spirits in Super Smash Bros. Ultimate:

Also, you get your first random spirit by just starting the game.

In SSBU, you can buy spirits with Gold or Spirit Points in the Shop or get them with Challenger Packs. Some Challenges give spirits. There are spirits that turn into new spirits after reaching level 99. And you can summon specific spirits through other spirits.

The system may seem a bit complicated, but the good news is that you don’t need to understand everything. Just enjoy various aspects of the game and get many spirits as a pleasant reward.

How many spirits are in Smash Ultimate?

As of the moment of writing this article, the game has 1438 spirits. Many of them have been added as DLC spirits with new characters (like Ender Dragon with Steve and Alex from Minecraft).

If you are a passionate collector of spirits, it would be better to gain a big number of these trophies first and only then look who you need more and how to get this particular spirit.

How do the spirits differ from each other?

Spirits come from specific game universes, so they are connected to their original franchises (like all the spirits of Banjo and Kazooie). This is the first division that does not really affect the fights.

The game offers Primary and Support Spirits. Players can equip only one Primary spirit for their character. There are four types of primary spirits:

Choose a good spirit and your attacks will deal more damage. Make the wrong choice, and your character will take bigger damage during the fight.

Primary spirits have their characteristics of Power, Attack, and Defense. These numbers become bigger when the spirits “grow” to a new level. So, the more you take the spirit into the fight, the stronger they become.

All the Primary spirits differ from each other by class - the number of stars, from 1 (Novice) to 5 (Legend).

Primary spirits have different numbers of slots for Support Spirits, which give additional skills, such as better protection from some types of damage or getting items for the fight.

If you don’t want to bother with choosing spirits in SSBU, press the suggest button (Y) on the spirit screen and take whatever the game recommends. Still, such a strategy doesn’t allow you to actively develop your spirit collection and control the process of getting advantages. Also, the automatic suggestion often gives you the most powerful spirits, but for getting a bigger reward from the battle, you may want to take a spirit with lower numbers.

In addition to equipable spirits, you can get Fighter Spirits and Master Spirits. These play the classic role of trophies - you can only enjoy their art style.

Spirits in Super Smash Bros Ultimate give new layers of playing joy. They can’t help in multiplayer fights - but getting them may give you super valuable experience with bigger Global Smash Power, and this means a lot.

For getting more info on the game basics, check out our guide on How to Play SSBU.

For other helpful articles and fighting games news, stay tuned to DashFight on Facebook and Twitter. Join our community on Discord!