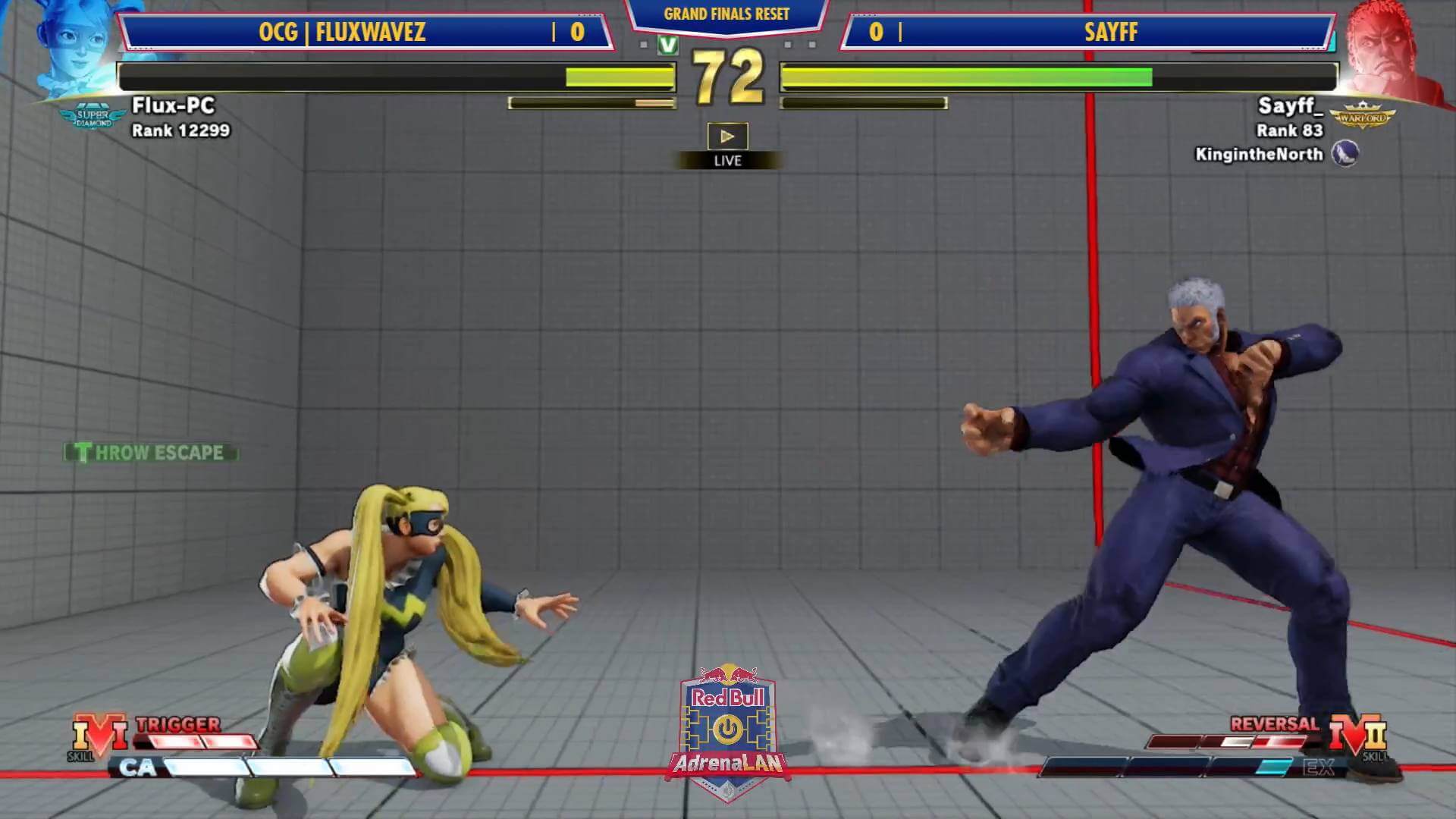 Pic Source: incendiumgaming Twitch
#News
This event included matches in other esports disciplines, including Valorant and League of Legends

It’s so nice to see fighting games present at big multi-title events - this is a great opportunity to introduce such an awesome genre to new people. One of such tournaments took place on December 19-20. That was Red Bull AdrenaLAN for Canadian players.

Of course, it’s not the same level as matches of Japanese tournaments (such as Topanga or Blink All Star Challenge), and still, we could witness quite a few interesting fights.

Street Fighter Red Bull AdrenaLAN had two sections - for the Western and Eastern part of Canada.

SlavicGold is the winner in the West. This player reached the Final round through the Winners Bracket but lost to hoodle and fell to the Losers Bracket. In the Grand Final, they managed to reset the match (3:2) and then win (3:1).

sayff is the winner in the East. They spent the tournament in the Winners Bracket and had only one loss - to Flux-PC in the Grand Final. But then, the victory in the Grand Final Reset gave them the champion title.

Red Bull is quite a powerful organization in fighting esports. For example, Tsunehiro "gachikun" Kanamori, Daigo "The Beast" Umehara, and Adel "Big Bird" Anouche are parts of this team.

Another regional Street Fighter V and Tekken 7 tournament by the same organization is Red Bull Hits the Streets.