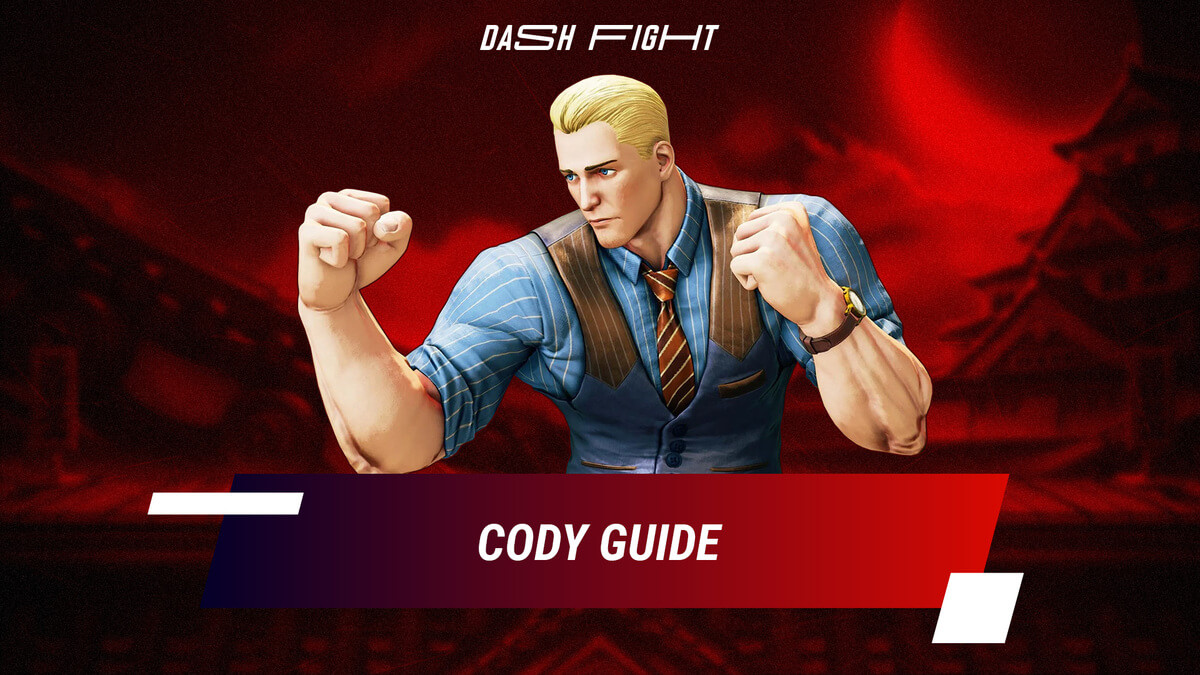 Capcom
#Guide#Evergreen
From the streets of Metro City to a prison and then to the mayor position - what a background for a Street Fighter V character!

You can find all sorts of characters in fighting games. This is one of the main features of the whole genre! Players can select someone, who they like as a personality, and then master his or her attacks, moves, and combos. Some Street Fighter players prefer such wild bests as Blanka or such mysterious creatures as Seth. Others select such seemingly simple guys as SF5 Cody - and all of them have good chances to reach the sweet level of success in the game!

If you consider selecting Street Fighter 5 Cody as your primary character, take a look at this guide on DashFight! Here, we describe something from Cody’s backstory and give detailed info on his moves list.

For beginners in the game, it might be interesting to check out the basic guide on How to Play Street Fighter V.

Most of the Street Fighter characters are original, they were created especially for this fighting game series. Still, some personalities came from the other parts of the gaming multiverse (almost like in Super Smash Bros. Ultimate). Cody is one of such guys. His original games are Final Fight, a beat-em-up series that is also developed by Capcom.

Cody had a harsh but strengthening experience on the streets of Metro City. As a boy, he had a very powerful sense of justice and often fought against all sorts of evil. In the Final Fight game, he rescues his girlfriend Jessica. But then, he becomes accused of street fighting and a false crime, so he finds himself in jail. This was a life-changing experience for Cody. In fact, he liked to be in prison in a way and felt it as a proper place for him. But in the end, the guy decided to move forward and become a mayor of the city. Now, Cody often says he is not a good guy any longer, and still, you can see him fighting for justice.

Cody SF5 leaves his “criminal” past behind and enjoys his new role of the mayor. You can feel this from his default fancy business costume.

Cody moves are strongly based on his beat-em-up origins. This fighter is very good in offense. Sometimes, Cody uses a bit of dirty tricks, such as throwing rocks and fighting with a knife or pipe - and still, he always prefers supporting good and fighting evil.

It’s not hard to notice that many attacks of Cody repeat each other with different names - you make the same input with other conditions, and the fighter performs something new. We have the same pattern with many other characters.

To get Cody to your roster, you may need to unlock him for Fight Money. To learn how to play Cody, practice his attacks gradually, one after another. It’s not necessary to delve into SFV Cody frame data to play this guy successfully - the more you practice, the better you understand all the moves and use them effectively in the chaotic fights.