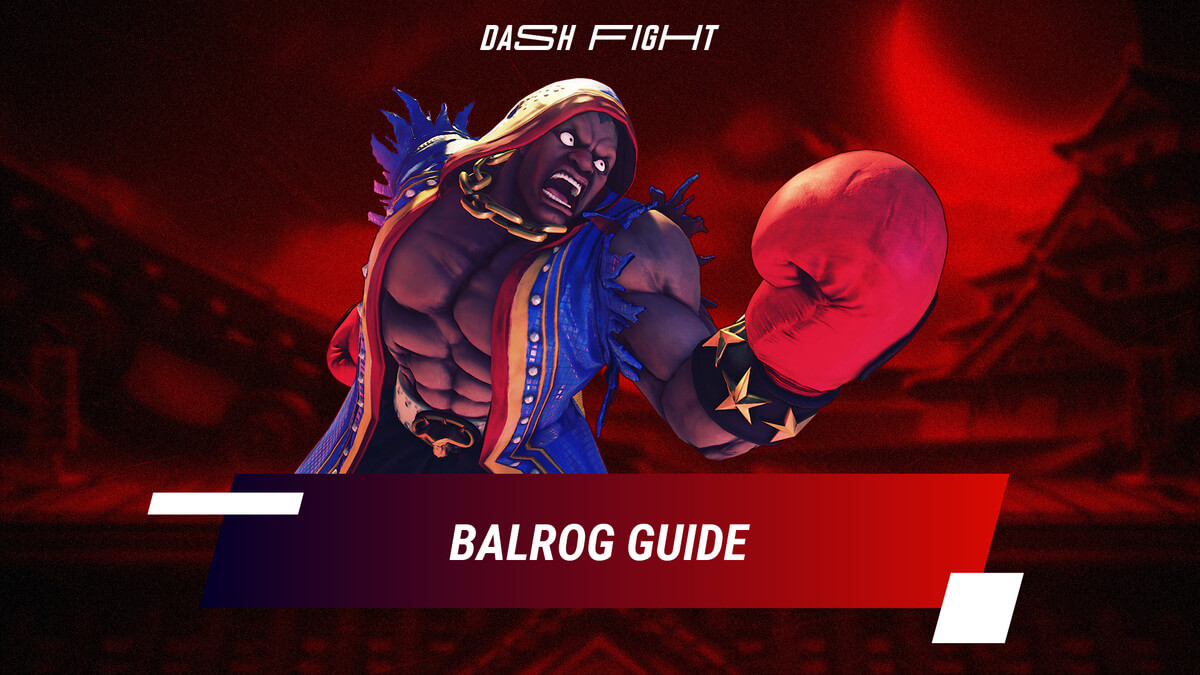 Capcom
This mighty American boxer definitely knows how to fight

It sounds quite logical for a fighting game franchise to have a boxer as one of the characters - especially for Street Fighter that in a way represents various martial arts from all over the world. And of course, the series has a boxer. He is muscled, rather greedy, dangerous, and at the same time very interesting for players - welcome Balrog!

In this guide, you can find some info on the background of Street Fighter Balrog, his abilities, moves, and attacks in SF5. Recently, we posted a similar guide on Blanka.

There was a chance that Balrog SFV could have another name. In Japan, this character is known as M. Bison (or Mike Bison) because his appearance is vaguely based on the appearance of Mike Tyson. When this idea was presented to Capcom USA, they decided to protect the company from a potential lawsuit and make the boxer Balrog. So, there are three such differences in names:

In the game story, Balog is a personal guard of M. Bison. Before this, he was a professional boxer, but because of often illegal attacks (such as headbutt), bad injuries of the opponents, and even one death on the boxer ring, Balrog has been banned from pro boxing. He doesn’t care about the evil deeds of Shadaloo - in this organization, Balrog looks only for money and glory.

All the Street Fighter games with Balrog:

SFV Balrog wasn’t available in SF5 after the initial release of the game. The developers added him with the Season 1 as a downloadable character. Of course, Balrog is present in Arcade and Champion Editions.

Barog is tall and muscled, and still, he is not as big as Zangief. In the game, he wears his boxing gloves and most of his attacks are based on various boxing techniques.

This guy is not following rules, so you can expect some dirty tricks from him - almost like from Cody, who fights with a knife and a pipe.

As you can see, for performing these SFV Balrog combos, you should remember just a few patterns. It’s similar to other SF5 characters (even such as Seth), but the variety of basic combinations is not so big for Balrog.

In comparison to many other Street Fighter characters (even to Ryu), the process of activation attacks and moves of Balrog is not too complicated, so this guy can be recommended even for beginners in this game. But of course, you should really like his personality to make him your primary fighter.

To play Balrog, you need to unlock this SFV character first. Then, you will be able to choose different SF5 costumes and colors for him.