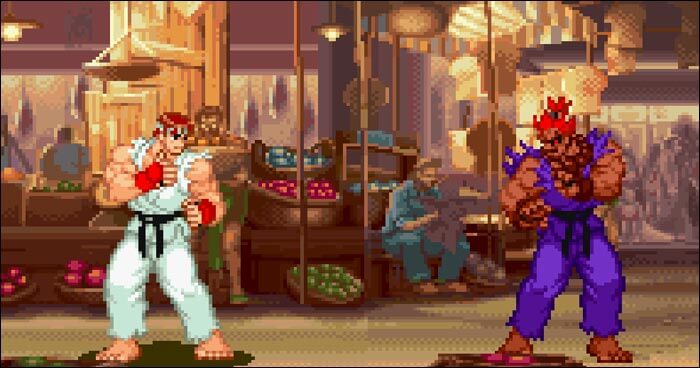 Pic Source: eventhubs.com
#News
This iconic guy is available as a playable character, but the community discovered such an option only in 2020

Do you like Akuma? And what about his super-powerful form of Shin Akuma? You can enjoy it in various Street Fighter games, such as SF Alpha 3, Ultra Street Fighter II, and Street Fighter III: 2nd Impact. Most of the time, he is a hidden boss. Still, sometimes you can play Shin Akuma as a usual fighter. And sometimes, this possibility becomes nicely hidden in the game code to get discovered only after a couple of decades.

Shin Akuma is present in the SNES version of Street Fighter Alpha 2 as a hidden boss so that players could face him in Arcade Mode. It was considered impossible to use Shin Akuma as a playable character here - and this myth has been busted.

A modder Gizaha discovered a way to play Shin Akuma in Street Fighter Alpha 2 on the Super Nintendo console. Here is what you need to do:

This method is confirmed by EventHubs. You will be able to see the fresh appearance of Akuma - he gets purple clothes. Also, Shin Akuma is more powerful in fights.

The form of Shin Akuma appears from the mystic might of Satsui no Hado - the dark energy that Ryu is fighting against in Street Fighter V.

The SNES version of Street Fighter Alpha 2 is one of the most popular ones, but the game is also available on other devices. For example, you can play it on the PS4, Xbox One, Nintendo Switch, and PC as part of Street Fighter 30th Anniversary Collection. This pack of classic games contains the whole Alpha series, the original game, Street Fighter II (which is often praised as the best game in this fighting series), and Street Fighter III.