MkLeo vs Sonix - the Battle of SSBU Juice Box #27 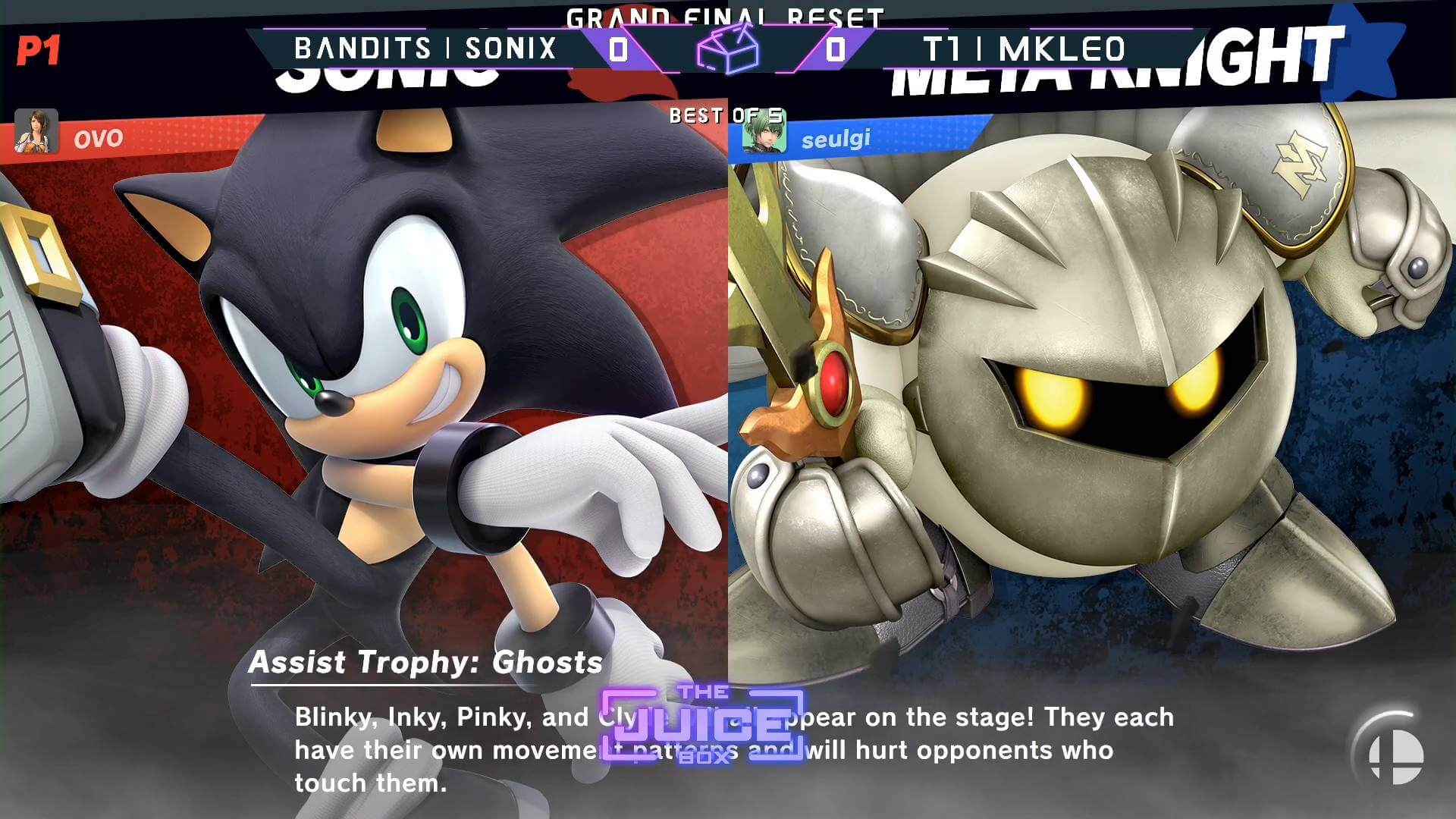 Pic Source: Team Liquid Twitch
#News
The players defeated many strong opponents and then fought each other in three matches

The number of fighters in Smash Bros. Ultimate and their diverse abilities make each esports tournament absolutely unpredictable. Even if we see almost the same names each week at The Box: Juice Box, the fighting show remains super exciting, and in these ever-changing situations, different players have their chance to shine bright.

Maister got his portion of glory at the previous Juice Box #26. But this time, he was defeated by Leonardo “MkLeo” Lopez and fell into the Losers Bracket after the Winners Semi-Final. Then three finals were played by MkLeo and Sonix. And what a fight each of them was!

MkLeo played two Smash characters in the Winners Final - Sephiroth and Meta Knight. Both were incapable of defeating Sonic of Sonix, so MkLeo had to win the Losers Final (3:0 against Ned and Pokémon Trainer) to return to the Grand Finals.

It seems like MkLeo gained some new skills before the Grand Final. He looked much stronger and won two matches against Sonic. Congratulations!

Chaotic and unpredictable matches of SSBU create an excellent show for viewers - especially when experienced professionals fight for a champion title. Such events as Host Up Invitational give a chance to learn something and absorb new effective techniques.

And also, it’s an opportunity for new players to prove their skills. Are you brave enough to participate in the next Smash tournament? Stay in touch with DashFight on Facebook, Twitter, and Discord to get news and announcements from the world of Smash Ultimate esports.