Minecraft Steve and Alex are Available in SSBU Now 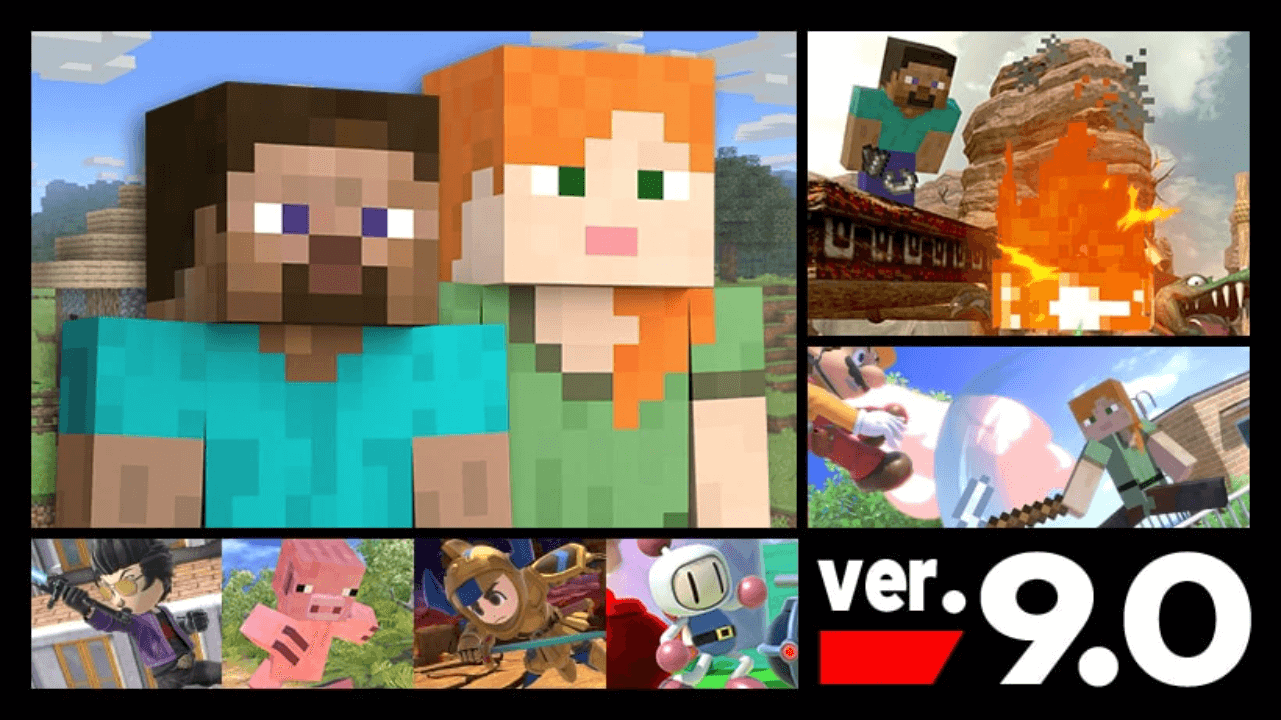 Nintendo / Mojang
#News
Buy them as Challenger Pack 7 or as a part of Fighters Pass Vol. 2.

This awesome day has come and Super Smash Bros. Ultimate players can finally take Minecraft heroes into their fights. Yep, they are already available in Nintendo eShop, and we are just flattered that you are still reading this post instead of mining iron, crafting great weapons, and fighting everyone with the cool sword in your virtual hands.

The addition of a new fighter was a long-anticipated event (and yep, many players already started to anticipate the next SSBU character). In June 2020, we got Min-Min from Arms. On October 1, Masahiro Sakurai revealed Steve, Alex, Enderman, and Zombie from Minecraft.

These heroes are quite unusual - not only because of their square heads. They bring lots of interesting features to the game. The ability to mine materials from the ground and use it for crafting weapons and tools is super special! Creating blocks in mid-air, summoning minecarts, and pouring lava - imaging how many tricks this adds to your fighting strategy.

Four Minecraft heroes are, in fact, one SSBU fighter with different skins. And you can choose even more than four - Steve and Alex have some fancy outfits. All their fighting features were explained in the long introduction video by Mr. Sakurai.

With the new characters, Super Smash Bros. Ultimate gets the stage Minecraft World. By default, the game randomly chooses one of six biomes for your matches, but also you can press specific button combinations and thus summon whatever biome your wish to fight in.

Also, players get seven new music tracks, which are mostly new arrangements of the soundtrack from Minecraft sign-offs - such as Minecraft Dungeons and Minecraft Earth. And let’s not forget new Mii fighters!

Minecraft Steve and Alex cost $5.99 if you buy them individually as Challenger Pack 7. For $29.99, you get Super Smash Bros. Ultimate Fighter Pass vol. 2 that includes Minecraft heroes, Min-Min, and four upcoming DLC fighters. We at DashFight have already prepared a guide on Steve’s attacks and moves.

So, let’s meet in the game! And let’s try and get super high Global Smash Power in SSBU with Steve and Alex!