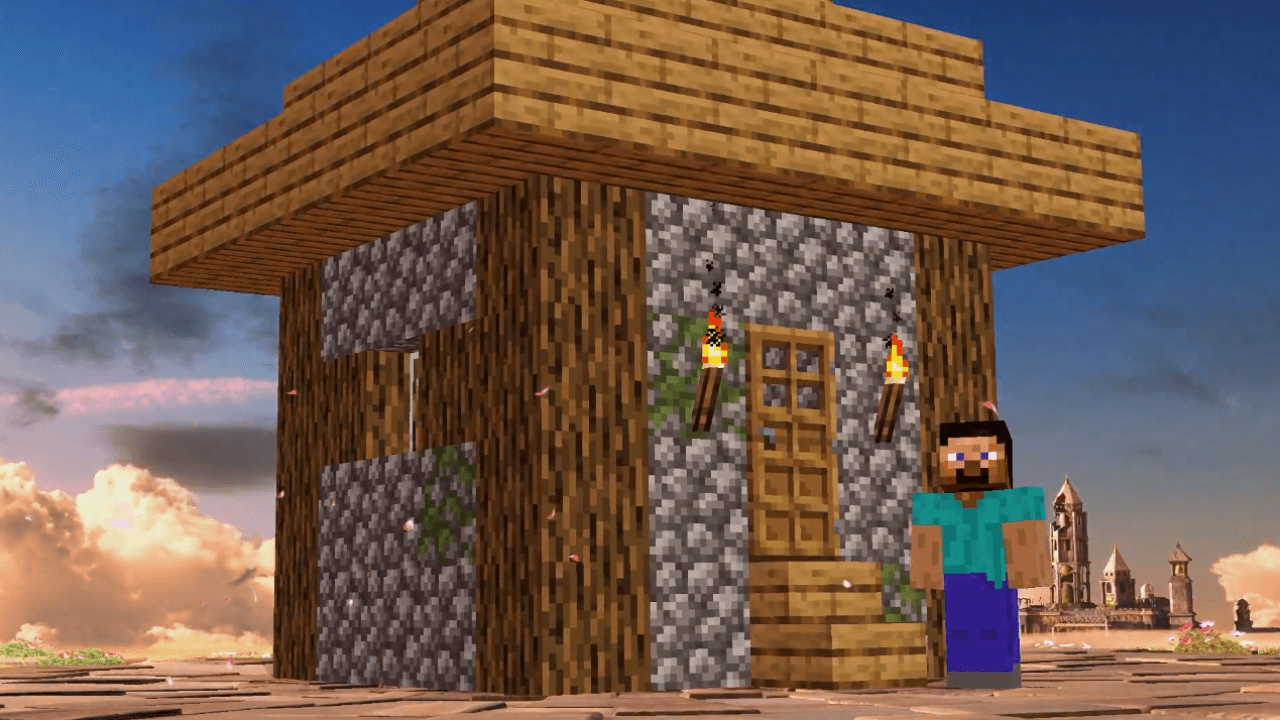 Nintendo / Mojang
#News
The long wait is over - welcome Steve, Alex, Zombie, and Enderman! Are you excited about this announcement?

So guys, now it’s official - Mr. Sakurai himself has named the next fighter for Super Smash Bros. Ultimate! It’s not one but four heroes from Minecraft! Steve, Alex, Zombie, and Enderman - they all join the battle quite soon!

It is still unclear whether they are separate characters or Echo Fighters. Considering that Mashiro Sakurai named them “the fighter”, the Echo Fighter variant seems to be very realistic. Still, these characters are very different, so we can expect some unique features for each of them.

More information on Minecraft heroes in SSBU has been revealed on the 3rd of October at 7:30 AM PT (4:30 PM CEST).

In the trailer, you can notice quite a few things about the new SSBU characters. For example, they can place various blocks to build something or throw them at the opponents. Steve often eats - probably, this can affect his abilities.

Also, it’s hard not to notice Creeper in the trailer. Who knows, maybe you can summon this explosive guy during the SSBU fights.

Minecraft characters fight on their own stage - a totally new location, not just a smaller Battlefield.

Let’s take a look at all the Minecraft characters in Super Smash Bros. Ultimate!

Zombie - one of the dangerous Minecraft mobs in SSBU

Minecraft is one of the most popular games in the world, available on most gaming devices (including the Nintendo Switch). You jump into a blocky world, full of wonders and dangers. Players can collect resources, craft new tools, build amazing things, and fight creepy night monsters. In the Creative mode, the resources are unlimited, so Minecraft players make lots of awesome objects - even huge maps and super tricky mechanisms.

The community waited for this reveal for a very long time… Oh, wait - it’s probably every new SSBU character makes the players overexcited, so we start to anticipate the next one just after a previous reveal. Min Min was added to the Smash Ultimate roster at the end of June 2020.

Of course, the SSBU community did not sit patiently and silently these three (only three?) months. All sorts of leaks and insights were bubbling all over the Internet. The most recent one was connected to ads in Japan that promised the reveal of a new fighter. So, this turned out to be true!

Minecraft heroes are the 82th-85th characters in Super Smash  Bros. Ultimate (if you count Pokémon Trainer as three fighters and 7 Echo Fighter as separate entities). Let’s wait and see them in the actual matches. Meanwhile you can revive in your memory some game basics thanks to our SSBU guide for beginners!