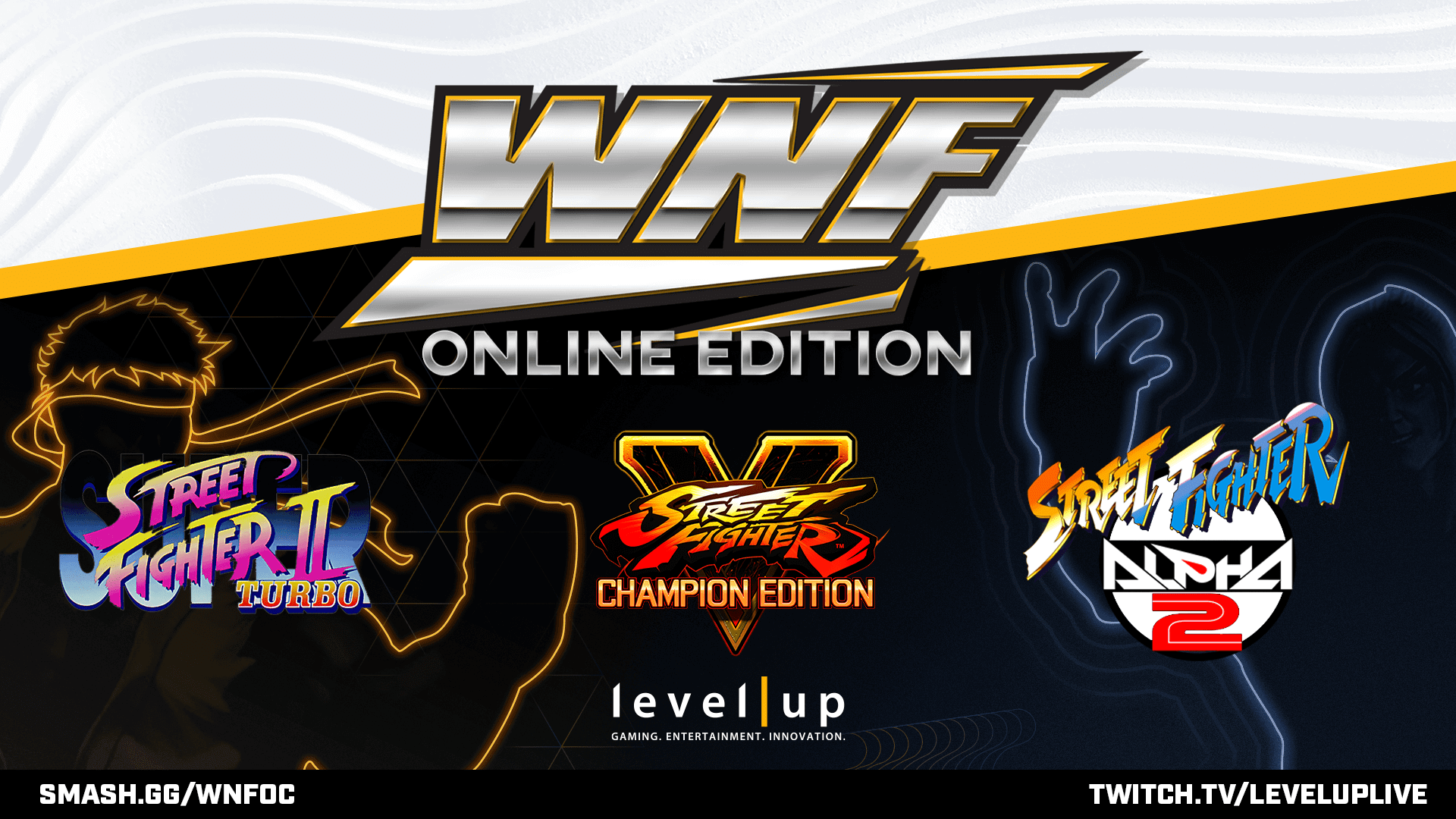 Pic Source: @levelupseries Twitter
#News
The tournament has matches in so many disciplines, and many of them are various Street Fighters

It is quite easy to find many Street Fighter V tournaments - this game is the newest installment of the legendary series, and Capcom is still focusing on supporting it as a primary esports discipline (with SF6 being only in rumors). But what about other Street Fighter games? Many folks are still playing them and want to compete / see how others compete professionally. Events of the Weds Night Fights series get the fans of old games covered. And Street Fighter V is also one of the main dishes there.

The next Weds Night Fights happen on January 27. We invite you guys to check out the schedule and consider the possibility of watching a match or two (or maybe the whole tournament). Registration for the SF5 section closes right before the start, so you may still have time.

Please, visit this smash.gg page to get more information. Enjoy the streams on this Twitch channel.

If you miss the battles, check out DashFight a bit later - we will inform you of the results through this very post.

And here are the promised results. First of all, why not check out the stream (or at least some parts of it)?

The ultimate battle of the SFV event was the series of fights between Gerald Anton “Filipinoman” Herrera and Alan “Nephew” Sun. In the Winners Semi-Final, Filipinoman lost and fell into the Loser Bracket. Then, he managed to defeat all the opponents there to play the Grand Final - against Nephew again. This time, Filipinoman was significantly stronger and won twice.

For even more fighting esports, take a look at our announcements of Next Level Battle Circuit: Online Edition #46 and The Reversal Online #4.