Do it like pros—join us:
Home
News
Cloud Beats Everyone and Enjoys His Lunch Box #8

Cloud Beats Everyone and Enjoys His Lunch Box #8

Copied!
Pic Source: HungryBox Twitch
This event had many interesting Smash matches, and it was almost a home run for Sparg0

Do you drink juice with your lunch? Team Liquid and Hungrybox prefer to separate these things - they give Juice Boxes to the Smash Ultimate community weekly but Lunch Boxes only once per month. And each of these fighting esports events is an exciting show, spectacular and helpful for SSBU players (who knows what you can learn this time).

January 27 was a Lunch Box day. Have you missed it? Then here is the stream.

We at DashFight would definitely recommend paying attention to the matches of Santiago “Chag” Perez (the winner of Juice Box #25). The player lost to Luke “KirbyKid” Richmond in the Top 64 part and fell into the Losers Bracket. He had to defeat five quite strong opponents to make it to the Grand Final and play against Edgar “Sparg0” Valdez. That was the real fighting spirit!

Still, the final fight wasn’t easy at all. Cloud of Sparg0 knew no losses so far, and it took quite a lot of effort for Palutena of Chag to defeat him in the Grand Final (2:3). But then, after the same tough match, Sparg0 managed to win the Grand Final Reset (3:2). Congratulations! (Considering that the Lunch Box is virtual, we assume that Cloud got all the tasty stuff.) 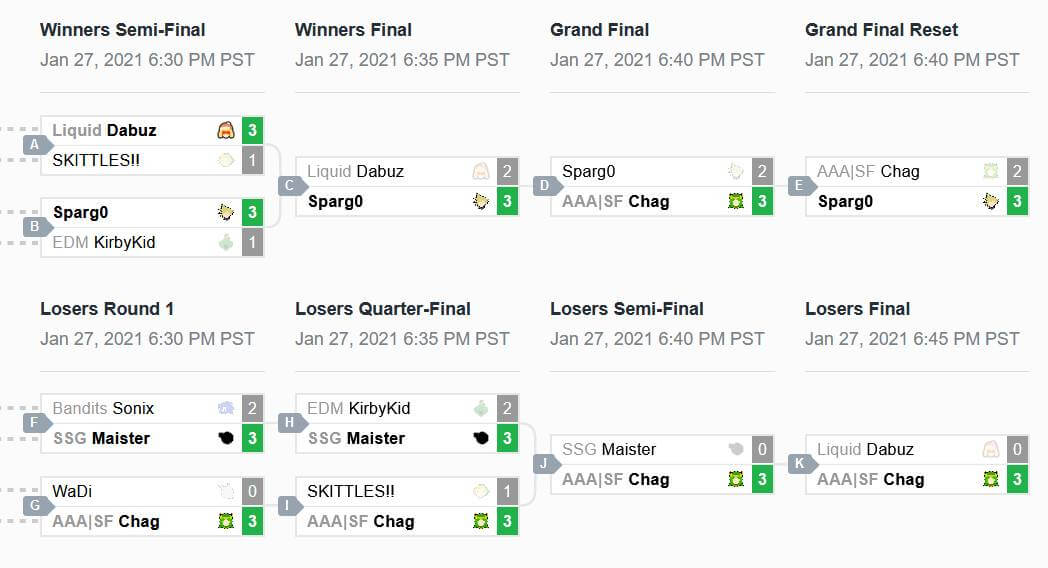 Another monthly SSBU tournament is Get Clipped. BestNess won the most recent one.

Smash the Router events happen even more rarely, but we had one recently - with Epic_Gabriel as a winner (and he also won The Box: Lunch Box #7).