EugeneZH
Nov 06 20202 min
React container will be here soon...
Pic Source: Capcom Fighters YouTube Channel
The fight for the second and third places is going to be tough (and super interesting)

On October 5, we witnessed another round of Street Fighter League Pro-US. Even if six teams have a long way ahead, the standings show an obvious leader. And a few other teams try to settle in a decent position.

Last week, All-In got the victory against Psycho Shinobi. This time, their opponents (and victims) were guys from Dynamite. 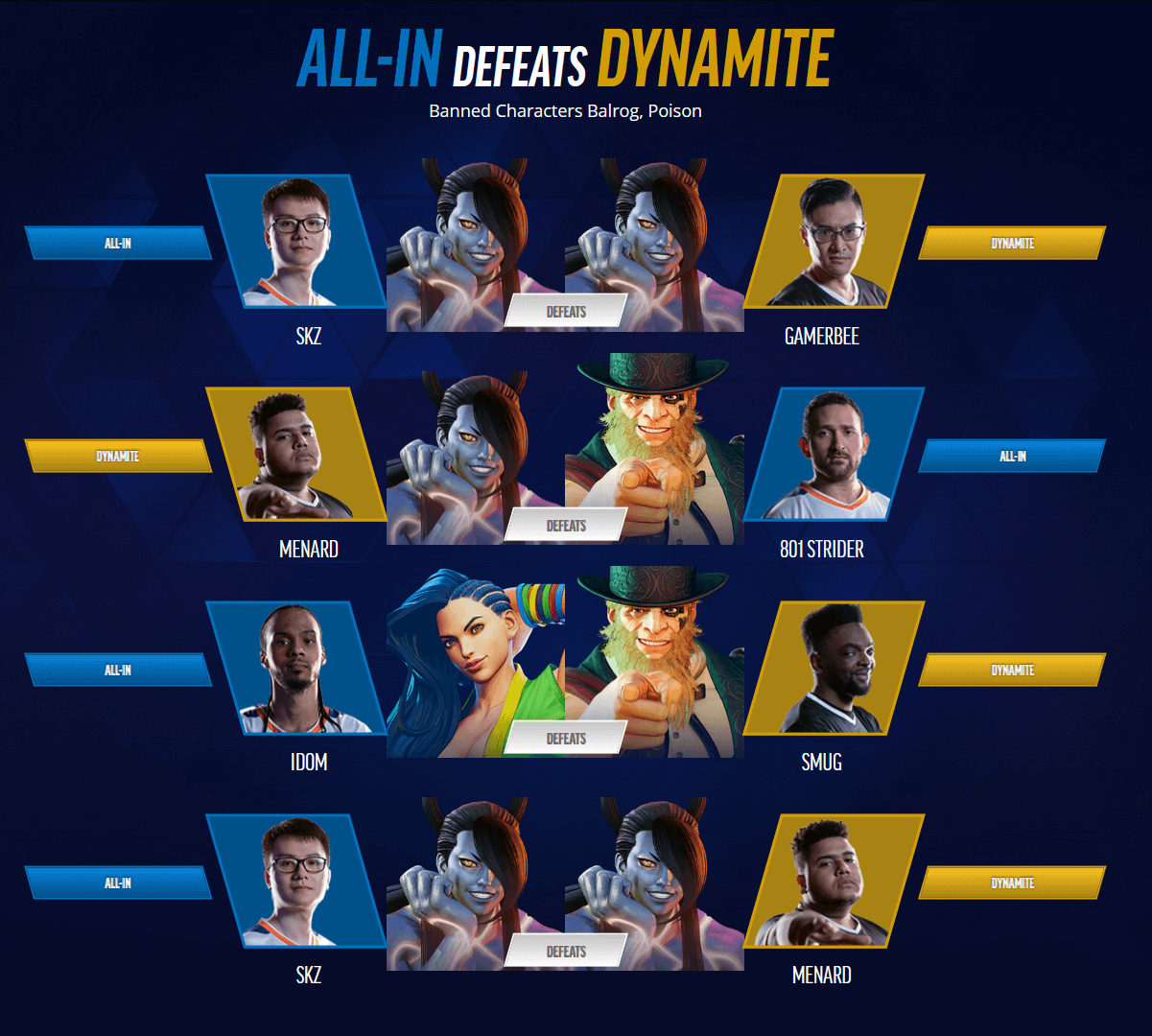 This loss of Dynamite doesn’t throw the team too low in the standings. The competitors have some struggles in the League as well.

In the second match of this week, Alpha 3 defeats the UYU guys, who still have no victories. These teams didn’t play last week. 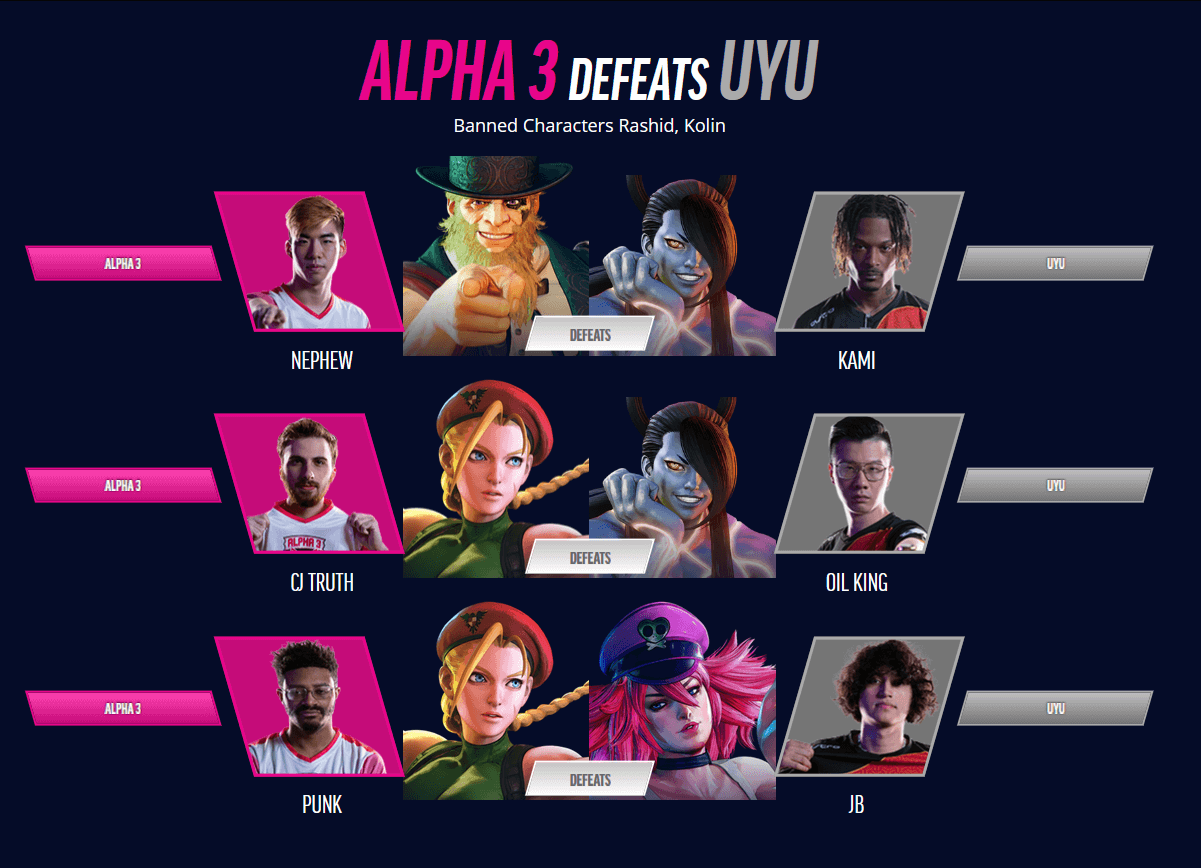 Alpha 3 got quite a confident victory, so the team takes the second position.

All-In will have a rest next week, so the other teams get a chance to come close to the leaders. The same is true for Dynamite - close competitors will have their matches. Probably, UYU will be able to get their first victory. 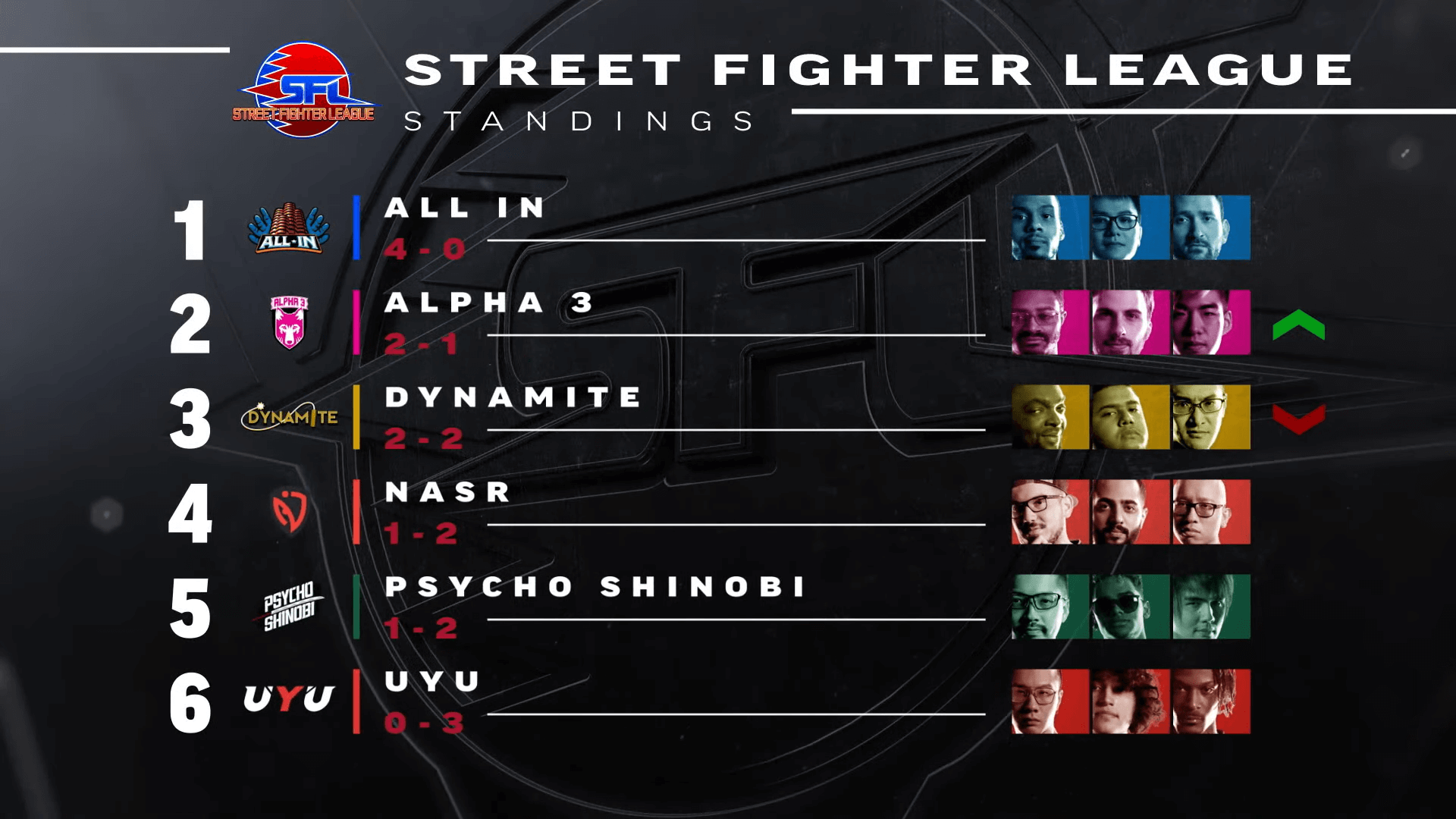 After the Grand Final of Street Fighter 5 League Pro-US, two best American teams will fight against two best Japanese teams to determine the best in the world.

This event is a very good chance to check out whether SFV Tier List of Punk reflects the actual situation in esports or not - Victor "Punk" Woodley is the leader of Alpha 3.