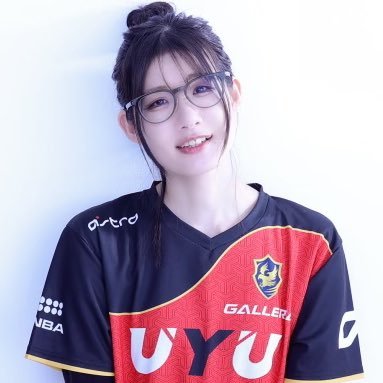 YUYU is a fighting games player from Japan. She currently represents team UYU.

YUYU started playing Tekken seriously with Tekken 5: Dark Ressurection. She focused on learning frame data and small things about the game and gradually adding them to her gameplay to incrementally improve her skills. She was also aided by a group of friends that helped her out at a time when female pros and players, in general, were especially uncommon. YUYU at the time also learned of Maxi, another female player who was doing well in Tekken, the two met and it inspired YUYU to continue improving at the game and getting into competitions.

YUYU is one of the rare competitive Xiaoyu mains. She liked Xioayu because she had a cool pose and was fun to play but the first time she picked the character was due to the character select timer running out and her rushing to pick someone. However, despite being known for her Xiaoyu mastery, YUYU's favorite character is Zafina and she started using her a lot more after Zafina was added to Tekken 7. Her playstyle takes advantage of the unique evasive properties both Xiaoyu and Zafina have. While still showing strong defense and movement, YUYU is not afraid to take risks to crush or evade her opponent's move and enforce pressure.