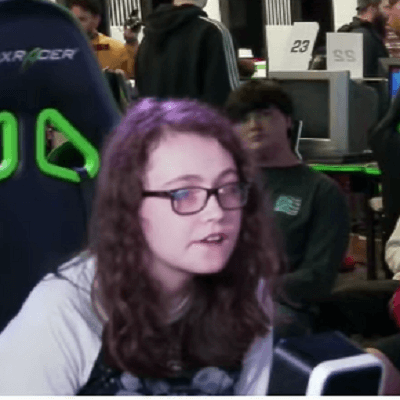 SnowRose is Zero Suit Samus main, American Super Smash Bros player from Vienna, Virginia, USA. She is known for participating in the Glitch 8 - Missingno Tournament where she ranked 513th place out of 729 entrants in the Super Smash Bros Ultimate singles event. With a set win rate of 0%, she lost both of her matches in the course of the event against fellow pool F6 participants Austine and Kurshaun in the first phase winners first round and losers first round respectively.