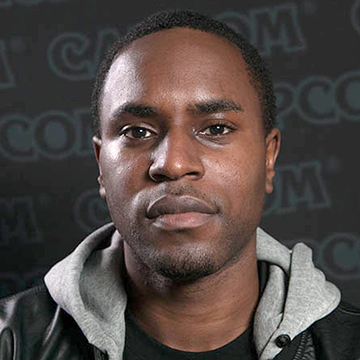 Darryl "Snake Eyez" Lewis is a 31 year old American professional Street Fighter player from California, USA. He is well known by the FGC as one of the best Zangief players in SFVI and SFV. Having over a decade of experience in competitive fighting games, he is well known for participating in Street Fighter and other Tournaments since 2010. He made his debut in the EVO 2010 Tournament Super Street Fighter II Turbo HD event and ranked 1st place, and has been participating in various events ever since finishing up most of the time in the top 10 brackets. Of note is his participation in the Capcom Cup 2015 where he ranked 5th place after he lost to Daigo "Daigo" Umehara and was the only American to finish in the Top 8. He is known to use an Xbox Mad Catz fight pad when competing.

Snake Eyez started playing fighting games due to the rough and tough Los Angeles, California neighbourhood he grew up in, he found it productive to play video games than alternatively hang out with his neighbourhood peers and engage in a life of crime.

In his quest to be the best Street Fighter V player in the world, Snake Eyez meet with Capcom producer Yoshinori Ono and played some matches, he also helped design a revolutionary game pad to achieve this goal.

You can check out Snake Eyez live stream on Twitch