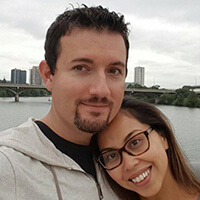 James "JustFrameJames" Garrett is an American professional Tekken player from Seattle, known as Law main with strong Yoshimitsu and Noctis secondaries. James is a common guest at Evolution Championship Series, as he notably reached high places as a Tekken 6 and Tekken Tag Tournament 2 player. At EVO 2011 he even managed to become 4th in Tekken 6 tournament.

In Tekken 7 James is still seeking bug wins but he is constantly appearing at international and regional tournaments like The King of the Iron Fist Tournament in 2016, SoCal Regionals 2017, and Northwest Majors XI in 2019.