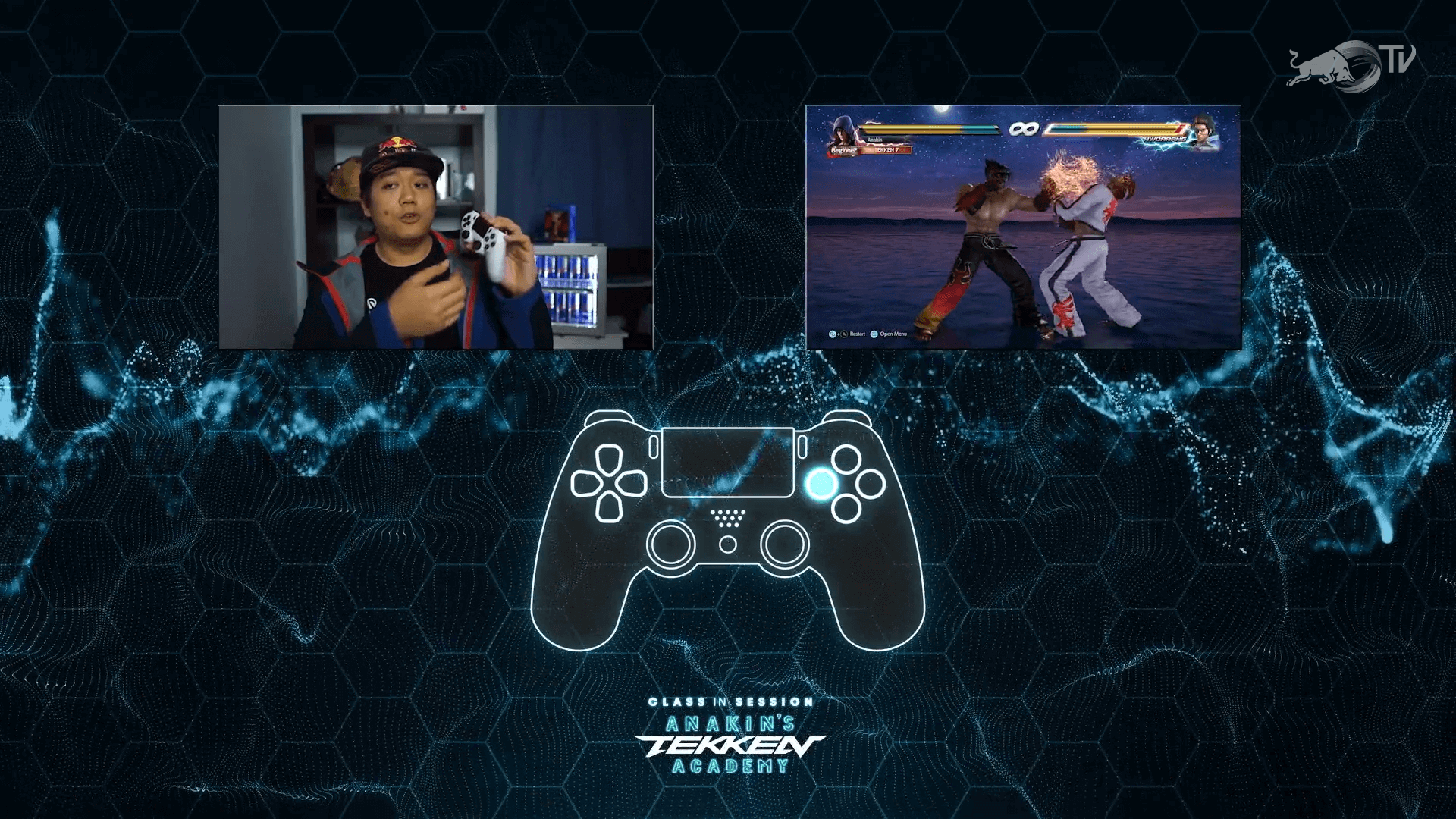 Anakin, Red Bull
The very last participant of this list found the way to earn over $50 000 from the game

Making a living by playing games is the childhood dream of quite a few modern teenagers. First of all, we must admit that this is rather difficult.

The vast majority of players are unlikely to be able to make money from participating in fighting tournaments on a regular basis. But some players succeeded.

Today we are going to show you the best ones in the Tekken community.

Sun-woong "LowHigh" Yoon is a professional Tekken player from South Korea. He was born on July 11, 1992. LowHigh was considered to be the best Shaheen in the world in 2019 according to Tekken World Tour 2019 Global Standings.

LowHigh started attending tournaments in 2018 and initially played Shaheen and Law, eventually picking up Steve. Despite buffs and nerfs from season to season, he believes that the characters are strong and plans to use them in the future.

LowHigh takes Tekken practice very seriously. During the day he usually has the game running in the background at all times and comes to play whenever he has free time. Before that, he'd play from 6 to 10 hours a day.

Chanel started competing back in 2009 with Tekken 6. He immediately got good results by coming 4th during Tekken Crash 3 and 3rd at Tekken Crash 4 the following year. While he doesn't have many tournaments wins in Tekken 7. He is still an admirably consistent and skilled player. Some of his achievements include 6th place at Fighting Games Challenge 2018, 2nd place at CEO 2019, True Gaming Invitational 2019, EVO 2019 and Tokyo Tekken Masters 2017.

Chanel's character choices are relatively unorthodox for a high-level player. He's one of the first players to realize Alisa's potential in a tournament setting, and he often ends up using Eliza as well despite her widely being considered a weak character. Most recently though he started playing Julia.

You can check out his live streams on Twitch. You can also find Chanel on Twitter.

Arslan Ash initially started playing fighting games with King of Fighters, eventually switching to Tekken and quickly making a name for himself in the Pakistan scene. In 2018 he already made himself known by taking 1st place at OUG Tournament 2018, where he beat Knee 0:3 in the grand finals and won first place in King of Fighter 14 tournament. However, EVO Japan 2019 is where he really made waves. Just getting to the tournament was a huge challenge for Arslan. Due to travel complications, he only made it to the venue at the last moment. Despite EVO Japan 2019 being one of his first major tournaments, Arslan Ash made his way through the bracket confidently beating Tekken masters like Chanel, Knee, Chikurin, LowHigh, CherryBerryMango, Book and Jimmyjtran before meeting AK in the grand finals and becoming EVO Japan champion.

This performance didn't only prove that he's an incredibly talented and skilled player, but it also put Pakistan on the map of competitive Tekken, inspiring many Japanese, Korean and Western pros to travel to Pakistan and learn their style of Tekken.

Since then, Ash continues to show incredible performance by taking 1st place at EVO 2019, Insomnia Dubai 2019, and Kumite in Tennessee 2020.

Anakin started playing Tekken 3 on PS1 by himself and would constantly ask his family to battle him. Eventually, he found Tekken Tag Tournament 1 at the arcades and that ignited his passion for competitive Tekken. He felt compelled to play and improve to beat the better and older players at the arcade. At some point, he also found a local scene in Atlanta and constantly go to a Tekken house to play with other good players and improve his skills.

Some of Anakin's best performances include winning DreamHack Atlanta 2017/2019, Texas Showdown 2018/2019, 3rd place at EVO 2019, and countless top 8 placements in other tournaments.

His main characters are Kazumi Mishima and Bob, but sometimes he switch to Leroy, Sergei Dragunov, Jack-7, and Armored King.

You can follow him on Twitter, and also watch Ulsan's live streams on the official Twitch channel.

JDCR was just 8 years old when he first visited arcade and gained a passion for fighting games. At first, he played King of Fighters series until KoF 2000. His interest in Tekken began when he was 14 years old when his brother introduced him to Tekken Tag Tournament. That's also when he came up with his nickname, "JDCR" an abbreviation of a Korean phrase that denotes him playing many characters. At some point, JDCR became so good at the game that he would get beaten up in real life for constantly beating other people in the game, but he didn't let that discourage him.

At 20 years old he started entering local tournaments and at 22 he won a regional qualifier that would allow him to compete at a major tournament in Hong Kong. Despite being drafted for conscription service, he was allowed to travel for the tournament and ended up winning it. This kickstarted his competitive career, as he received many invitations for other tournaments. As a result, much of his military service was spent competing in Tekken.

After that, he kept competing while finishing his chemistry degree in college. At some point after his graduation, Echo Fox called JDCR and he signed up to become a professional fighting games player.

One of his defining features is a high level of execution, fundamentals, and game knowledge, which allowed him to achieve good results with off-meta characters like Armor King and Heihachi, both of which rarely see play in big tournaments.

Nobi used to be a below-average student and school and because of that, he had to attend extra classes outside of the curriculum. This led to a lot of stress that led him to go to the arcade. This is where he found an outlet in Tekken. The game made him forget about the stress and was something he was confident about. This continued even after he was done with middle school. Nobi became so obsessed with Tekken that he'd skip classes to play the game. Ultimately he ended up dropping out of high school to play Tekken. He did homeschooling online and later applied for a programming degree in a university but had to quit it as well cause he was too obsessed with Tekken. At that point, he was already competing in local tournaments and making a name for himself which steadily grew into a career in fighting games and becoming one of the best players in the world and Japan especially.

Yuta Take is a Japanese player in Tekken 7. His main character is Geese Howard.

He went on to face tournament favorite, Bae “Knee” Jae-Min in the Winner’s Finals to secure his spot in the Grand Finals. In the Loser’s bracket, Soo-hoon “Ulsan” Lim eliminated both Hoa “Anakin” Luu and Knee to join Chikurin in the final matchup.

During the Grand Finals, Chikurin swapped his Geese for Akuma in a surprising turn of events, which led to his victory against UlsanGoDing’s top tier Kazumi.

In 2019 Chikurin went to Pakistan to test his skills against the best Pakistan players and improve his own. He ended up losing many FT10 sets but becoming a stronger player than ever before in the process.

Qudans began playing Tekken since the very first series title at a young age but only started playing competitively with Tekken Tag Tournament. His skill was overwhelming, and at the time, most people would consider him to be the best Tekken player in the world. The peak of his TTT1 career was taking 1st place at EVO 2005. Unfortunately, in 2007, received a hand injury that impacted his play. Despite that, he competed in ELECTRIC CANCEL 6 using a gamepad and won in Tekken 5 singles, teams, and TTT1 singles categories. Following such an outstanding performance, Qudans had to quit Tekken and focused more on his personal life. He finished his university degree, completed 2 years of compulsory military service, and worked as a social worker, helping disabled children.

After five years without competitive activity, he made his comeback to Tekken and started climbing back to the top pro scene by winning some tournaments such as the first season of Afreeca TV Tekken League and the SEA Major. Those victories secured a place for him on the first Tekken World Tour 2017 Finals, where Qudans also became a winner.

His most significant win over the last years was securing a 60,000$ prize pool after winning at the True Gaming Invitational 2019.

Jae-Min "Knee" Bae - Tekken 7 player from Seoul, the Republic of Korea (South Korea). He was born on June 25, 1985. Knee is often regarded as one of the best players in Tekken history. He is currently signed with ROX Dragons.

Knee was always a fan of fighting games and used to play anything he could get his hands onto. However, with time, other franchises started to fade away or lose their presence in arcades while Tekken was going strong, which made Knee focus mainly on the Tekken franchise. Back then the concept of a professional player didn't really exist so Knee's main goal was "to be the best in Korea".

Eventually, Knee overshot that goal, becoming not just the best player in Korea but the best in the world, until finding a formidable rival in the face of Arslan Ash.