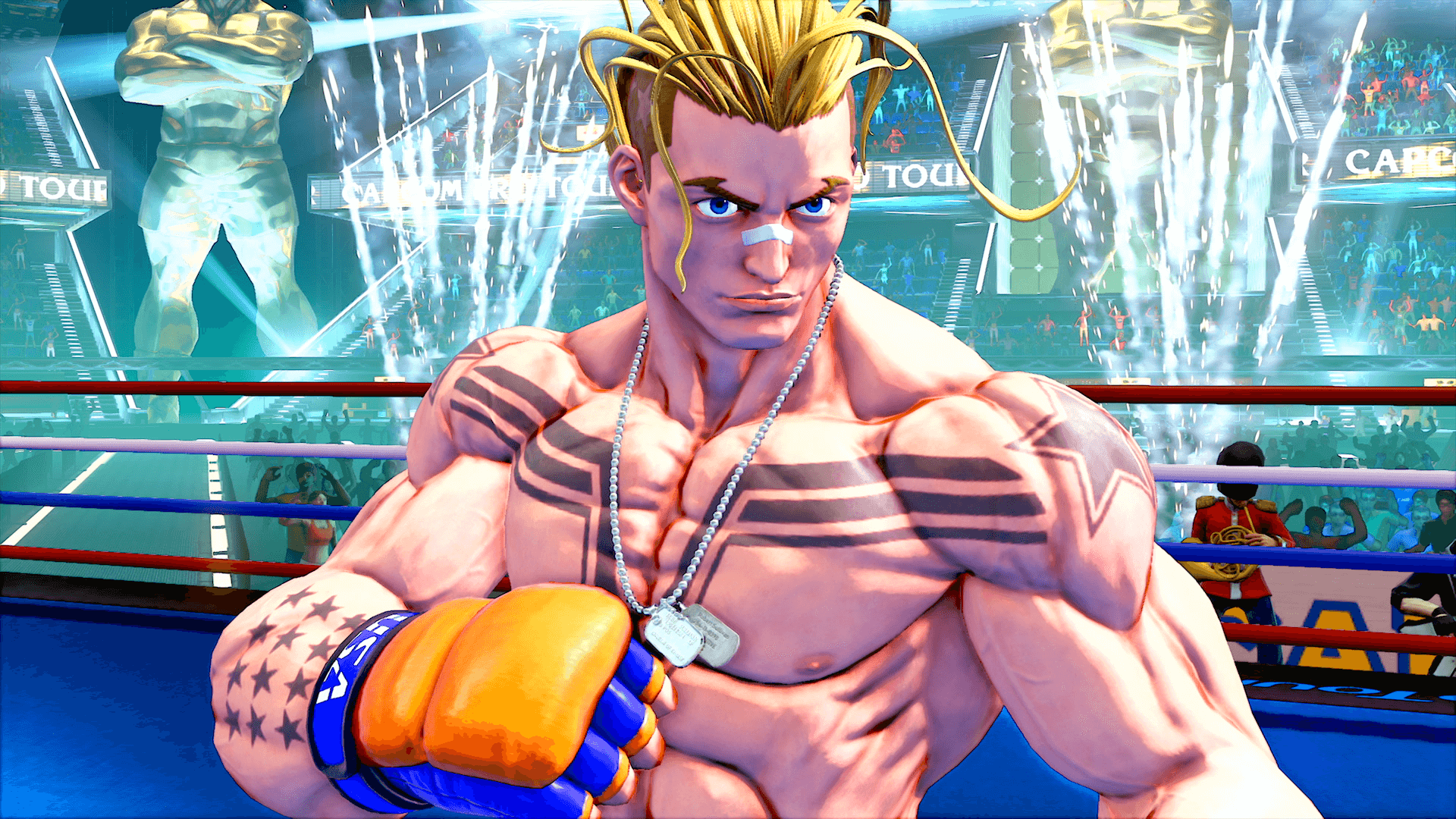 #News
Is this guy a decent addition to the SFV roster?

Luke is pretty special for Street Fighter V. He is a totally new character to the legendary series (and that itself draws lots of attention to his personality and fighting style). And also, Luke will be the last character added to Season 5 and the whole game.

Honestly, it was a pleasure seeing these guys again. They (and their team, certainly) managed to recover from a clumsy launch and turn the game into a wonderful masterpiece.  This journey was long and generally awesome. And we have some more steps to take before turning our minds to Street Fighter 6.

SFV esports has a hot season with Capcom Pro Tour qualifiers and Street Fighter League in Japan and the USA. It felt a bit silent content-wise, so the introduction of Luke should shake the situation.

The general fighting style of Luke is rather offensive, of the rushdown type. For example, all his punches from the neutral position move the character a bit forward. The showcase demonstrates how far they can reach and what combos can follow them. Watch the video to see the details on Luke’s kicks and unique attacks.

Among Special Moves, Luke has Sand Blaster, which is an impressively fast projectile. Rising Rocket is his uppercut, an anti-air option. Impaler is an overhead attack. The showcase gives many examples of using these and other moves.

V-Skill I for Luke is an enhanced version of his move Flash Knuckle. V-Skill II is Suppressor — it’s a step back with the following body blow.

V-Triggers I and II turn Luke’s V-Gauge into a V-Timer. As time progresses, the V-Timer bar gets filled with energy, and Luke’s attacks deal bigger damage. This feature is absolutely unique in Street Fighter V, but the actual V-Trigger moves of this character are pretty straightforward.

The wait for actually playing Luke in Street Fighter V will not be long. The character joins the rest of the cast on November 29! Luke will be available with Premium and Character Passes.

Another big announcement of the Street Fighter V Fall Update revealed plans on the Capcom Cup VIII, which will be something more than just one event. Capcom has prepared a week-long celebration of the game and its community. It includes:

Are you excited about these events?

DashFight has already published the news about the addition of Street Fighter Legends to Brawlhalla. Did you have a chance to play Ryu, Chun-Li, or Akuma in that platformer fighting game?

The Next Street Fighter Project

It is obviously too early to talk seriously about SF6 or any other Street Fighter game Capcom guys have in mind, but Shuhei Matsumoto mentioned “the next Street Fighter project” — Luke is an important character as he will be there as well.

That was pretty intriguing, don’t you think?

We at DashFight want to thank Takayuki Nakayama and Shuhei Matsumoto for this series of Street Fighter Updates. We look forward to seeing new such streams!