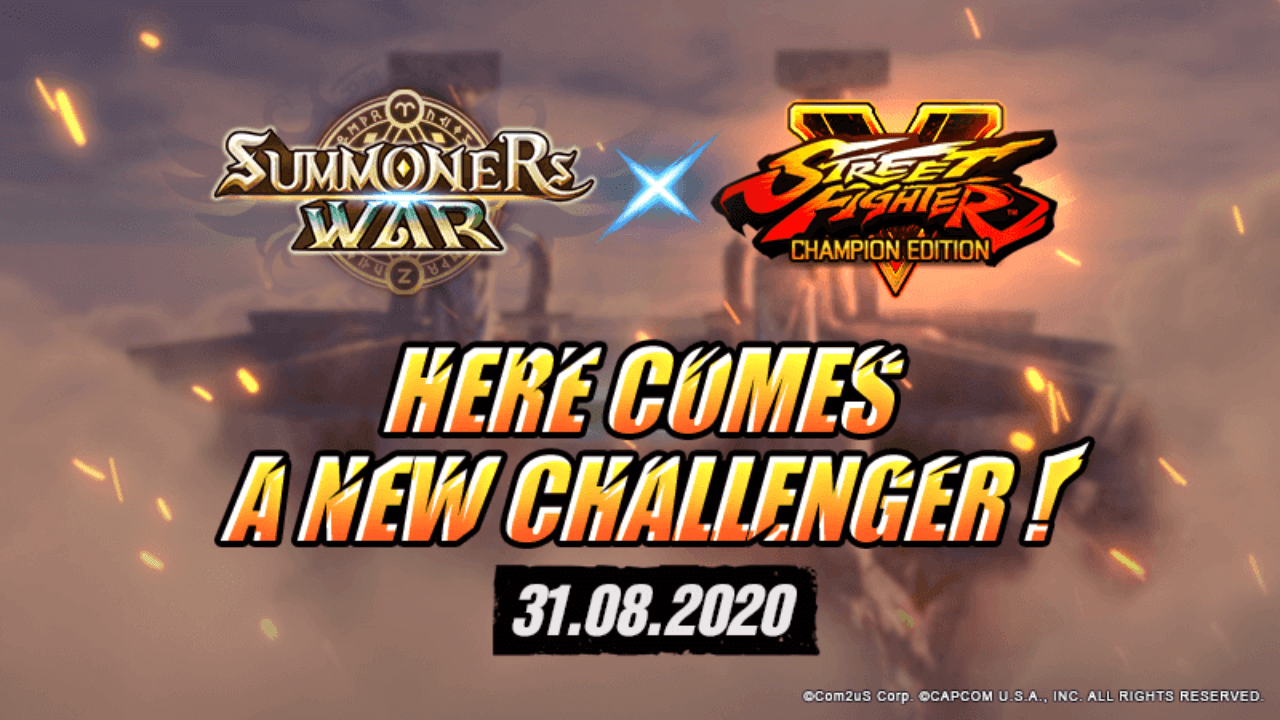 #News
Players have two months to get five SFV personalities as monsters in this popular turn-based strategy MMO game.

Many members of the fighting games community enjoy not only their primary virtual passion but also games of other genres. In fact, distracting yourself to some other adventures may help you return to fighting games refreshed and find new strengths to boost your progress. Capcom obviously recommends the Street Fighter V community to pay attention to the Korean MMO turned-based strategy game Summoners War. These two franchises start a time-limited collaboration, so five SFV characters will join Summoners War as... monsters.

Summoners War invites you into a thrilling adventure, where you make a collection of monsters, summon them to battles, and evolve these creatures into more powerful forms (like Incineroar and other Pokémon creatures). The game contains lots of monsters of different types and powers. The battling system is similar to classic RPGs (like Final Fantasy). To succeed, players should come up with clever strategies in selecting monsters for their teams and powering them up throughout the game.

Street Fighter characters join Summoners War on August 31. Players will have two months to get them into their collection. After this period, the iconic fighting personalities will be unavailable for obtaining - but they will remain on your account if you got them during this period.

In Summoners War, you can get:

You may find these characters in many Street Fighter games, and for Summoners War, they’ve got a new appearance.

Such collaborations are common in the video game industry. For example, SSBU players got Octopath Traveler spirits in one of the in-game events. With these partnerships, developers introduce their products to new people. So, we can expect SF players starting their Summoners War experience and SW players entering the universe of Street Fighter.

Helpful info on Summoners War can be found on the official site of this game. Beginners in the super popular fighting game can learn the basics in the guide How to Play Street Fighter V.