Octopath Traveler in the Spirit Board of Super Smash Bros. Ultimate 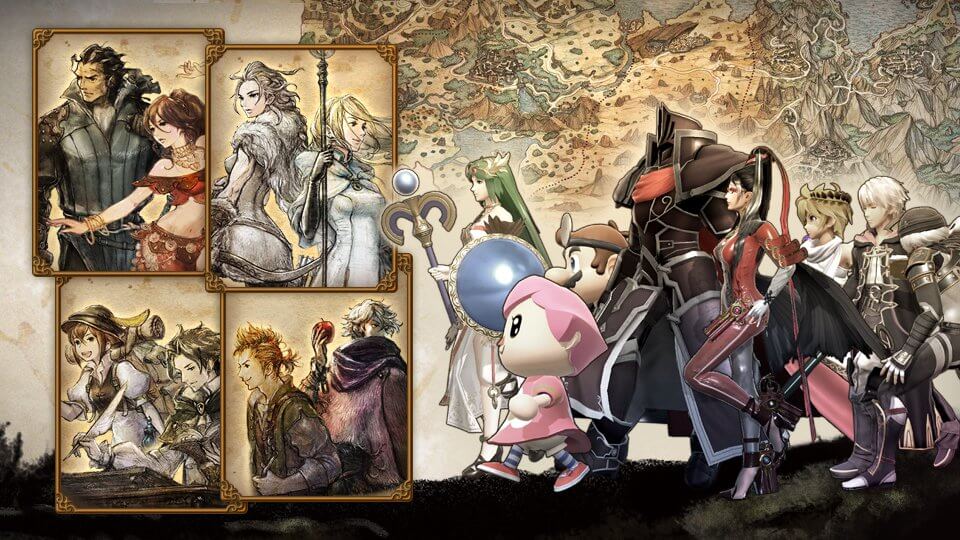 japanesenintendo.com
#News
Four new Spirits for the second anniversary of the popular RPG

Are you ready for even more fun in the Nintendo fighting? Then prepare yourself for the next Spirit event. It will be in the style of another game, developed and published by Square Enix - Octopath Traveler.

You can battle them, and the victories will bring even more SP. Our Super Smash Bros. Ultimate Beginner Guide can be helpful for grasping the basics of this extraordinary fighting game and getting better results in the fights.

The Octopath Traveler Spirit Event will take place from July 10 to July 15.

Octopath Traveler is a turned-based RPG that was first released for the Nintendo Switch. Now, it is also available on PC. Have you played it?

We at DashFight are glad to see such combinations of titles. Who knows, maybe this partnership will lead us farther than just this event.