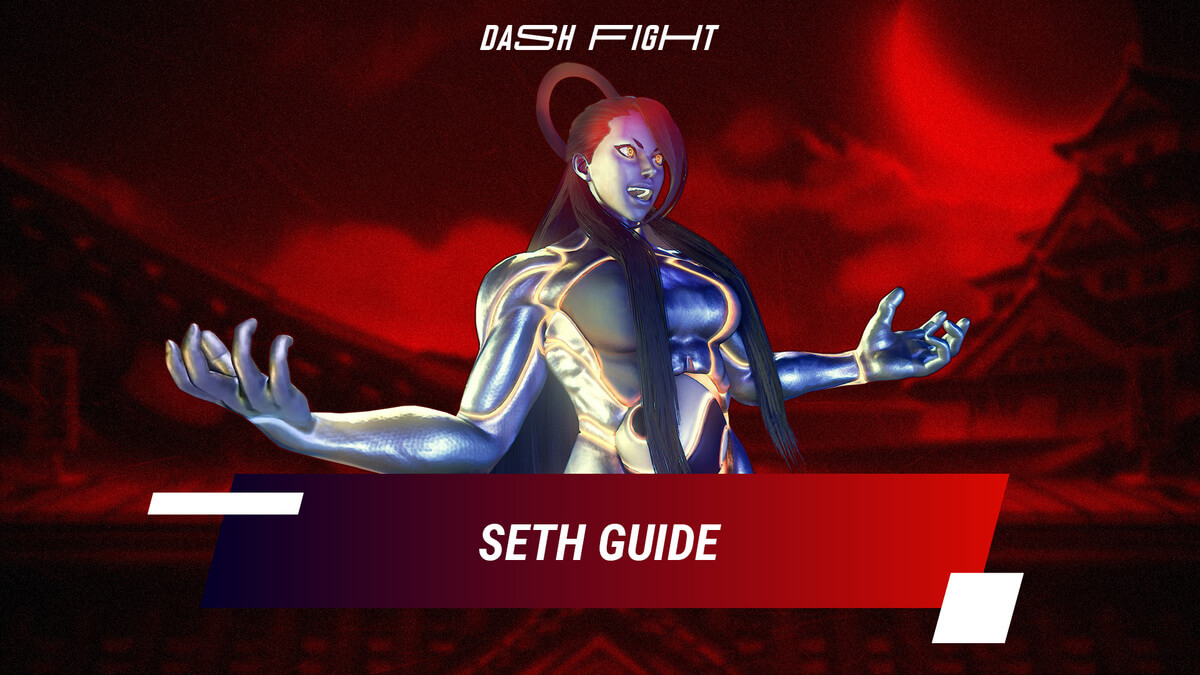 Capcom
#Guide#Evergreen
Learn how to control the amazing power of this mystic character.

Whilst many Street Fighter V characters are quite similar to normal people around us (except for being over-muscled or shooting fire out of their arms), Seth has been made as an absolutely fantastic creature. He reminds some mysterious personalities from Dota 2 or other similar games - his silver skin and an energy ball inside the body hint at this quite clearly. And such an appearance makes Seth Street Fighter a very intriguing character for your fighting matches.

His skills are of the same style. In Street Fighter 5, Seth has quite a lot of various attacks. They are mighty enough to destroy your opponents, but the process of mastering Seth Street Fighter V combos may be quite challenging.

The initial games of the Street Fighter series were based on the travels of Ryu in the real world and fighting various opponents. Then, the game story went a bit deeper into the fantasy dimension. M. Bison as a leader of the evil organization Shadaloo started developing artificial lifeforms, synthetic bodies that can carry a human personality (similar to bio-robots in Tekken 7). Seth has such a body because he was meant to be one of the body replacements for M. Bison. His character is based on artificial intelligence, but it seems like the study of human philosophy made him a kind of superior being.

One of the distinguishing features of Seth is the sphere inside his “stomach”. It’s Tanden Engine, a source of his power.

The whole body of Seth is unique. It is obviously feminine, and the head strongly reminds Juri, who participated in the creation process. But the personality of Seth is masculine. So, don’t get confused - female Seth Street Fighter is only an outer shell.

SF Seth in the previous games

This guy is a relatively new creation of Capcom. Seth was the boss of Street Fighter IV. In that installment of the series, he had a different appearance.

To Street Fighter V, Seth was added with the Season 4, so he is available in the SFV: Champion Edition.

You should spend quite a lot of time in the training mode with each character of Street Fighter V, and for Seth, this is especially crucial - the variety of Seth combos is quite impressive. This guy is not as straightforward as Zangief, for example.

Seth has a good arsenal of anti-air moves, so pay proper attention to this aspect and use such a helpful advantage in your fights.

Like all the other characters, Seth SF has six standard basic attacks:

The best way to learn them is just to try them out in the fight. Pay attention to the distance and the hitting spot. As usually, light attacks are faster but less effective. Heavy attacks deal a lot of damage but they make the fighter vulnerable for a while.

Street Fighter 5 special moves may seem complicated but they are easy to perform if you learn them gradually, one by one - with implementing your theoretical knowledge in the game

Street Fighter 5 all new V Triggers can be found on the character guides. For example, you can check out this guide on Cammy.

Seth Street Fighter 5 may be a bit complicated for beginners in this game, but practice makes perfect - with dedicated training, you can surprise even yourself by amazing game results and significantly improve your online rank.

Still, it might be better to dive into learning a difficult fighter after checking out our Street Fighter 5 guide for beginners.