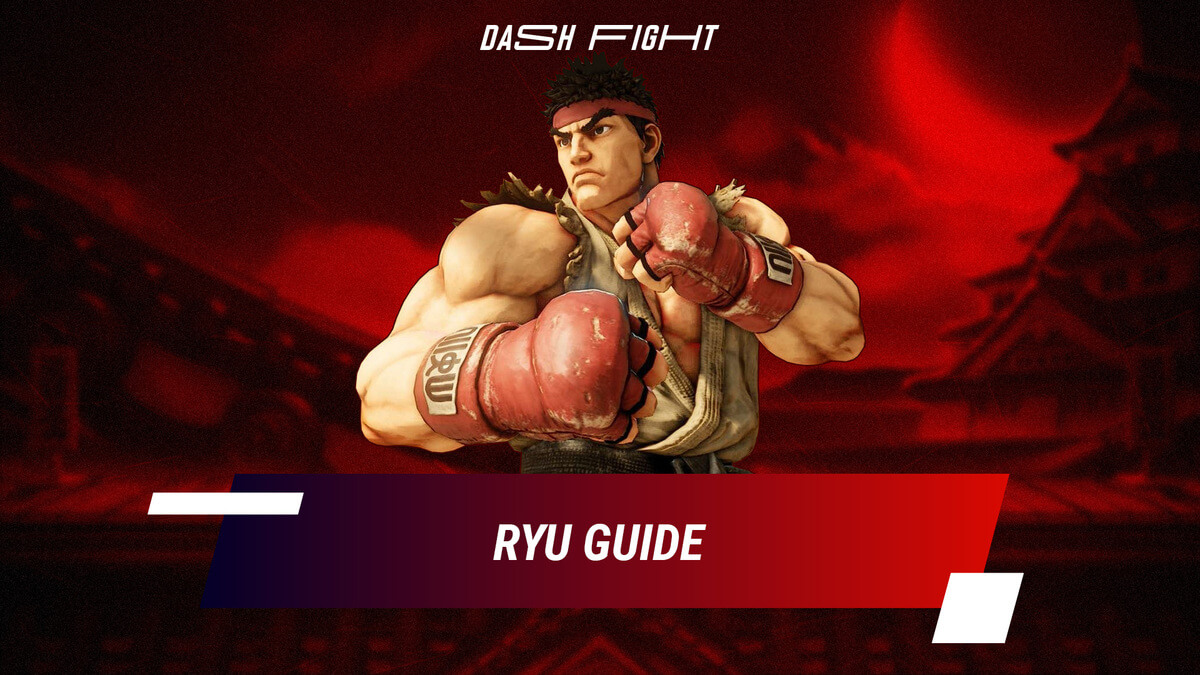 Capcom
#Guide#Evergreen
He is an Eternal Wanderer and he is still on his way to perfection in virtual martial arts.

If someone ever becomes even slightly interested in the Street Fighter game series, they have very good chances to come across this character. Ryu is the face and probably even the heart of this franchise. His story represents the spirit of SF, and many beginners like to take Ryu to their fights.

Alas, Ryu is not the best choice in Street Fighter V and previous games. He is charismatic all right, but his abilities could be much better. Many professional players place Ryu in the low groups of their SFV Tier Lists.

Still, Ryu has a nice advantage - he is really a nice choice for beginners to get to know the fights better, learn its basic mechanics, and then choose another character for moving deeper into the game.

It would be interesting to take a closer look at Ryu moveset to make your experience with this guy more effective. And who knows, maybe you’ll decide to stick to him.

The tradition of Ryu moves started from the very first game of the series (the same as with his best friend Ken). Of course, the Ryu move list changed since then - the franchise and the whole fighting games genre evolved significantly. Still, some distinguishing features of this guy are the same, such as his Hadouken combo. Fans of the franchise can easily feel that they play Ryu in each installment - Super Street Fighter Ryu combos are genuinely the same as in an Ultra Street Fighter game or in another updated version.

Ryu is a Japanese guy who has been practicing martial arts for years. He wants to reach his personal best level and regularly participates in the global tournaments (it’s a very good basis for Street Fighter esports events). In the first games, the game story was only about this tournament. Players face a series of opponents from all over the world and try to defeat them all. The same approach can be found in the Arcade Mode of Street Fighter V.

Game developers from Capcom add Ryu to each Street Fighter game but they never make him too powerful. Probably it’s a way to emphasize his eternal search for perfection - Ryu always has something to learn.

In comparison to such huge characters as Zangief, Ryu looks small. But this is an illusion. The guy is similar in size even to Akuma.

His general characteristics are rather average:

The light Ryu attacks are not very powerful and work rather as a distraction or a combo starter. Middle and Heavy Punches will be even better for starting mighty Street Fighter 5 Ryu combos.

The biggest strength for the players is Ryu Hadouken. Learn how to perform it properly and use it from a mid-range distance. This special move has a few versions.

The best way to practice the Street Fighter move list of any character is to delve into the game and start using your theoretical knowledge in practice. Don’t try to remember everything at once. Choose one thing and practice it in the Arcade Mode. Visit the Trials section of the Challenge Mode regularly to practice with no pressure of a fight. Then use your new skills in multiplayer to improve your SFV online rank.

Visit DashFight for articles on other characters. We recommend beginners in this amazing game to take a look at our Street Fighter V Guide.