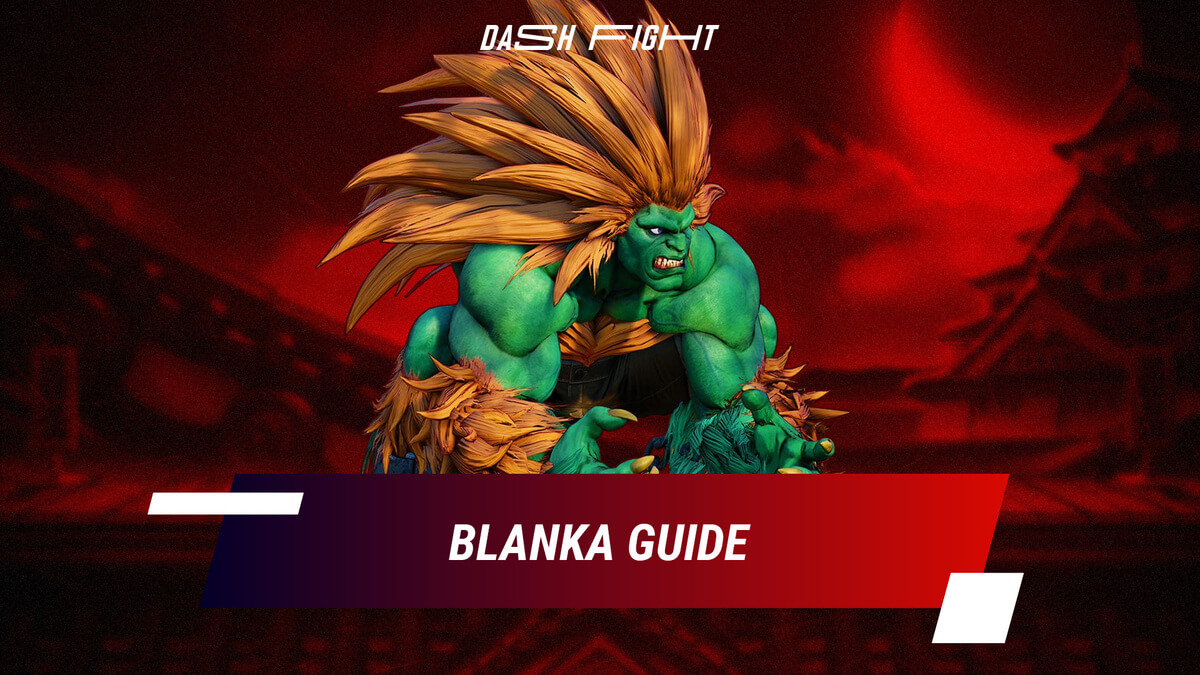 Capcom
#Guide#Evergreen
He is wild and mighty. Would you be able to control such an explosive mix?

The very appearance of this Street Fighter V character resembles a powerful beast, ready to tear apart his opponents. In fact, Street Fighter 5 Blanka really is a feral man from Brazil who can produce electricity. He knows how to survive in the jungle among dangerous animals. And he certainly has strong attacks to destroy opponents on the virtual fighting ground.

Many players like Blanka - partly because of his unique personality and partly because Yoshinori Ono, the former producers of the fighting game series, made this fighter his personal mascot.

In a way, the style of Blanka reminds other mighty men in Street Fighter 5, such as Zangief and Akuma.

Warrior of the Amazon

A long time ago, a boy named Jimmy flew over Brazil, but the plane crashed in a dense Amazon jungle. Jimmy disappeared forever - in struggles to survive, he was transformed into Blanka. After a while, the guy returned to civilization and became friends with Sakura and Den.

The experience in the Amazon forest did not make Blanka evil. Usually, he is calm, but quite often, emotions take control over him, and he attacks the opponents furiously.

It was difficult for Blanka to live in a town, so he decided to travel the world and participate in a big fighting tournament - to find his perfect place and get recognized by other people.

The initial release of Street Fighter V had 16 characters - Blanka was added only in the Arcade Edition.

SF5 Blanka is mostly the same jungle guy, green-skinned after his long life among trees and able to produce electricity thanks to his contacts with electric eels. Street Fighter 5 moves are based on his furious mood and electric attacks.

He is very fast and deals significant damage. You may need some practice to take the best from the basic attacks of Blanka and his chargeable specials. In general, Blanka is not too difficult even for beginners, but a prior practice with other characters (such as Guile) can be very helpful.

Attacks and moves of Blanka don’t seem very complicated - they are rather straightforward, and this conveys the nature of the character quite well. Still, some attacks require control of this guy exceptionally well. Some players find it’s easier to control Blanka through a special fighting controller - for activating PS4 Street Fighter 5 moves on the DualShock 4, you need some precise actions.

If you need helpful info in the game basics. Take a look at our Street Fighter V guide for Beginners.