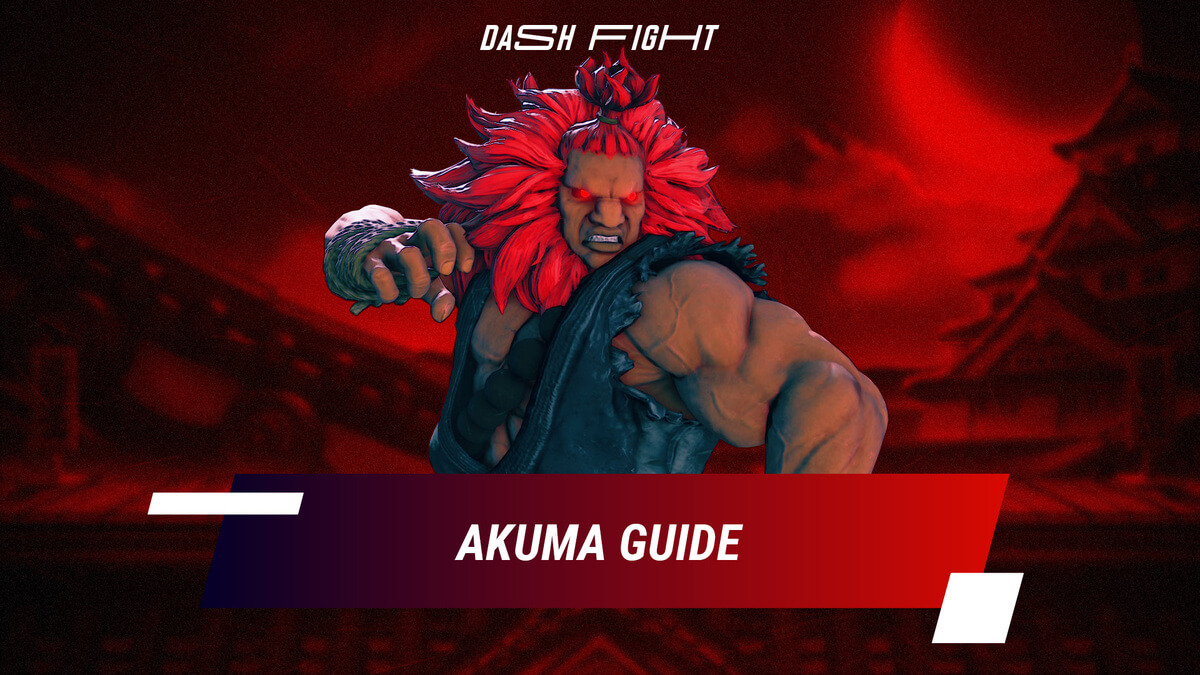 Who is more powerful in Street Fighter V than Akuma? Ok, most characters in this game are pretty strong, but Akuma is one of the most impressive guys. His very appearance radiates confidence and might. And you can play SF5 quite successfully with him if only you put enough effort into learning many Akuma moves and combos.

Check out this SFV Akuma guide on DashFight and boost your progress in the game! Practice Akuma combos in various matches and you’ll definitely get a decent Street Fighter 5 online rank.

Master of the Fist

The first appearance of Akuma in the Street Fighter series was in 1994, with the game Super Street Fighter II Turbo, where he was a hidden boss (please, get this right, it’s not like he was hiding cowardly, no-no-no - we don’t need any problems with Akuma, you know).

This character took his especially powerful form of Shin Akuma, or True Great Demon, to be a hidden boss again in the following games:

A bit later, the same Shin Akuma made his guest appearance in the fighting game of another developer - he is part of the roster in Tekken 7.

Akuma is super dedicated to training - like Ryu. But unlike Ryu, Akuma succeeded on this path quite significantly. To reach the level of perfection, he even uses the dark energy Satsui no Hado that can take control over a human’s mind.

Akuma is also known as Master of the Fist.

In the game, Akuma is quite a muscled fighter but not as big as Zangief. He looks calm, emotionless, and this approach nicely represents his fighting style - less chaos on the fighting ground and more precise Street Fighter 5 Akuma moves.

Akuma special move list is big, so learn it gradually, practicing each attack enough to remember its features and use it freely in offline fights. Another Street Fighter character with many special moves is Seth.

As you can see, Akuma move list Street Fighter 5 is vast - but don't get scared! Many attacks use very similar patterns, so if you learn them one by one and put enough effort into practicing, you’ll easily use them in your fights.

The strength of Akuma is mostly based on well-performed combos. Try to experiment with various moves following each other. With enough dedication, you can even master Shun Goku Satsu input - the legendary series of attacks that happens with darkness covering the fighters. It will be a super impressive Akuma finishing move.

But before delving into such difficult techniques, you should properly develop the basic skills. Our Street Fighter V Guide for Beginners will be very helpful.

For all the other interesting stuff on Street Fighter 5, such as guides, news, and tournament reviews, stay tuned to DashFight on Facebook, Twitter, and Discord!