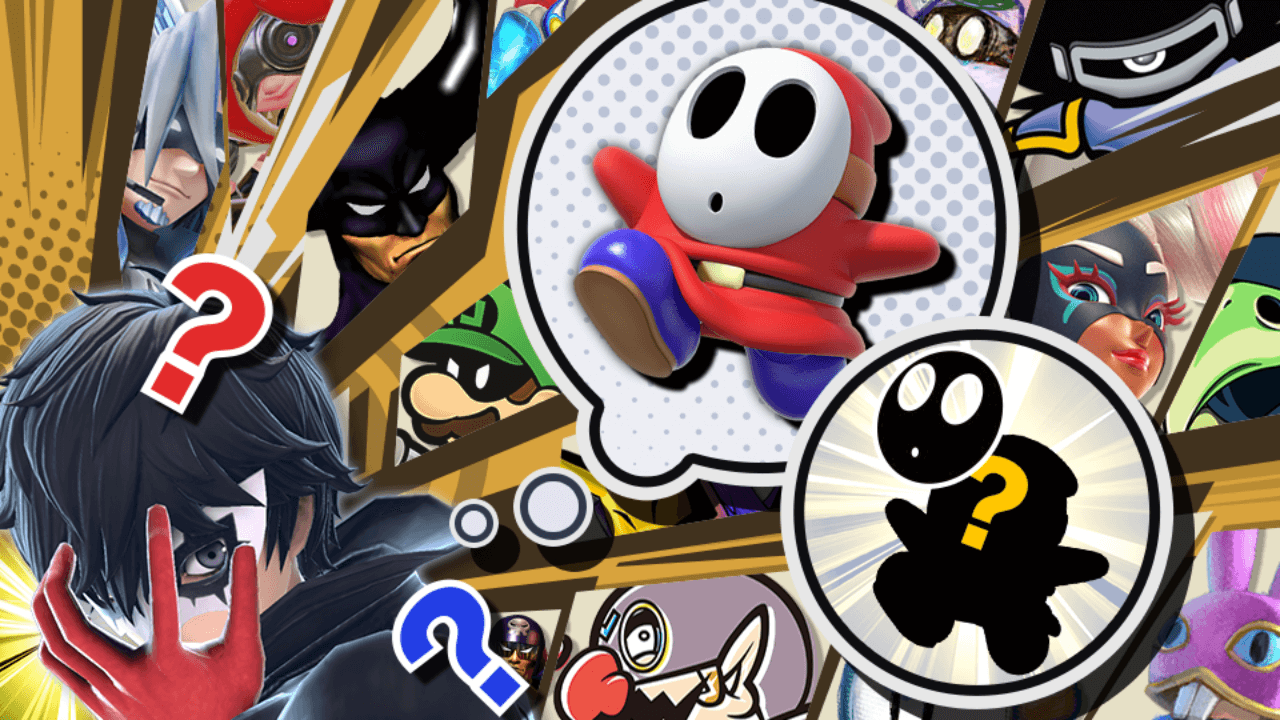 Pic Source: @NintendoUKVS Twitter
#News
Why do they hide their faces?

Many game characters wear masks. Some of them just play an evil role and try to disguise themselves (or maybe they are famous and don’t want to get recognized). Others just want to create a mysterious atmosphere - it’s like a party is always where they are. What if all those masked guys, girls, and fantastic creatures gather together? Will they have even more fun?

It’s hard to tell for virtual personalities, but real-world gamers definitely can have a lot of fun in the upcoming event in Super Smash Bros. Ultimate. After testing our abilities to deal with reflecting projectiles, Nintendo decided to start a mask event - The Real You.

The event was announced by Twitter accounts of Smash Bros. in Japan and Nintendo UK VS. On the poster, we can see Joker who obviously wonders what is behind the Mask of Shy Guys from Mario and Yoshi games. Would you like to see their faces?

It’s an awesome chance to fill your spirit collection with new characters. Of course, they are trophy-like items and can only be used on some SSBU modes. Still, getting them all is quite an adventure!

If you are just starting your experience in this game, take a look at our Smash Ultimate Guide for beginners. It may help you to get many spirits!

One of the most effective ways to learn new fighting tricks is watching sports events - such as Smash Bowl MMXXI.