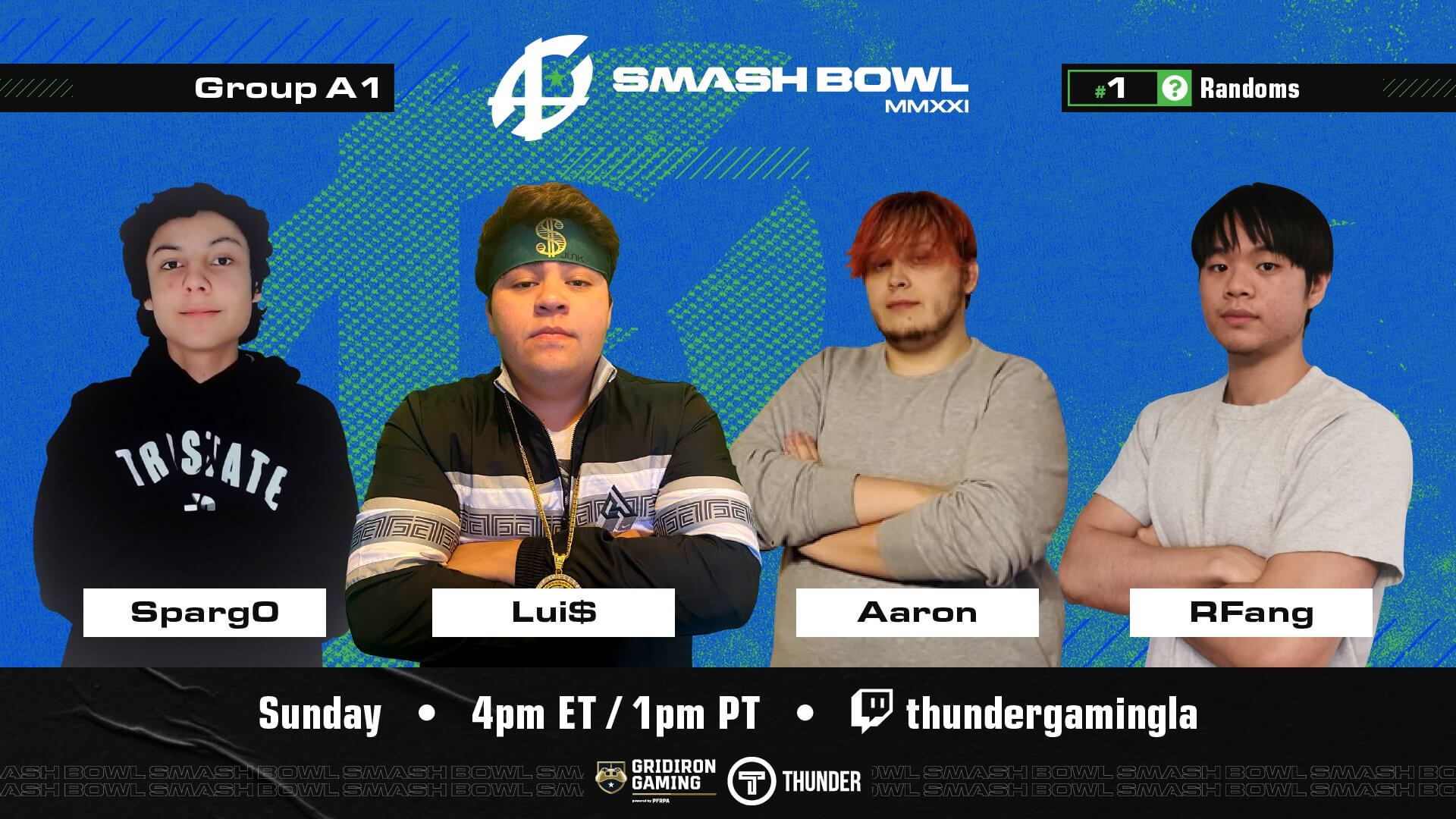 Gridiron Gaming
#News
Not gonna lie. Maybe Random should be the default ruleset for smash tournaments.

This weekend marked the start of Smash Bowl MMXXI. A Super Smash Bros. Ultimate event spanning the last few months of 2020 and January 2021. If you feel a bit lost as to what the format for the competition is, you can check out our piece on how the matches will unravel in the coming weeks. This first week of Stage 1 saw the following players take part in double-elimination best of five brackets.

although some small technical hiccups pushed the start of the event to about an hour later. Once things got well and truly going they did shine. The excellent commentary powered by Zak "Coney" Zeeks, Phil "EE" Visu, and Terrence "TKbreezy" Kershaw felt at times more of a fun get together to play Smash than a serious all competitive event. Which by the nature of the ruleset only added to the great feel of the event.

An all Random Weekend Brawl

The ruleset selected for this week was All Random. This meant random characters and random stages, from a selected list of stages. The ruleset provided some hilariously magnificent play between the competitors that had the commentary box cracking up all through the relatively short stint. Next week's ruleset is Squad Strike. A ruleset that forces competitors to make a team of five characters that they will need to change in and out of whether they lose or win the stock.

Little mac, unsurprisingly, not a great pick to random into.

With only the top two players moving up to the next stage later in January. Lui$ will have a clear advantage by taking one of the two available Captain roles. Sparg0 will get to advance to the next stage as well, after defeating RFang twice. First in round one and then again in the losers finals. RFang for his part tried to get back into the fight after his round one loss by facing Aaron, and was potentially lucky in that Aaron drew a pretty short stick with Little Mac on the final game of their set.

After the event, Dashfight tracked down Lui$ for some of his thoughts on his weekend matches and how he will prepare for the next stage. The competitor, at least according to a Gridiron's Twitter poll, was not expected to be the one walking away with a clear victory. If you want to see more of him you can check out Lui$ Twitter, and Twitch channel.

Did you enjoy the all Random Ruleset this weekend?

As a competitor I really wanted to land on the random ruleset, I've always been super-capable in playing almost every character just for fun. So once I saw our group got randoms as our rule set I expected nothing less than a first-place finish. I was both nervous and confident at the same time, although it wasn't easy I'm just happy to make it out the first seed. 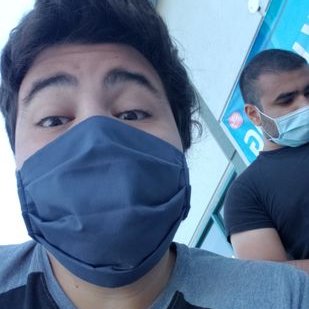 As the first seed going into Stage 2 gives you Captain Privileges, which include picking one of your potential opponents. Do you have any starts for that later in January?

My goal going into stage 2 is to see whoever is left and pick a ruleset that favors me way harder than it would favor them. There are a lot of one tricks in this bracket and I know if we get a rule set that does not allow mains I should win freeeeee. Not gonna name any names but they know who they are ;)

Any ruleset you will always seek to get off the table as soon as possible?

Out of the sixteen rulesets, I am confident in all but one. I will always ban Rivals of Aether. Not interested in picking up a new game some others in this event already know how to play. Besides that, I am super capable of winning in every other ruleset.

Luis "Lui$" Oceguera
That do be how you play Wario though.

Next Sunday, November 8th, will have four more players face off online for the next set of entries into stage 2. As mentioned before, the rules they'll be playing is Squad Strike. Which forces competitors to make a team of five characters that they will need to change in and out of whether they lose or win the stock. The four players in group A2 are: