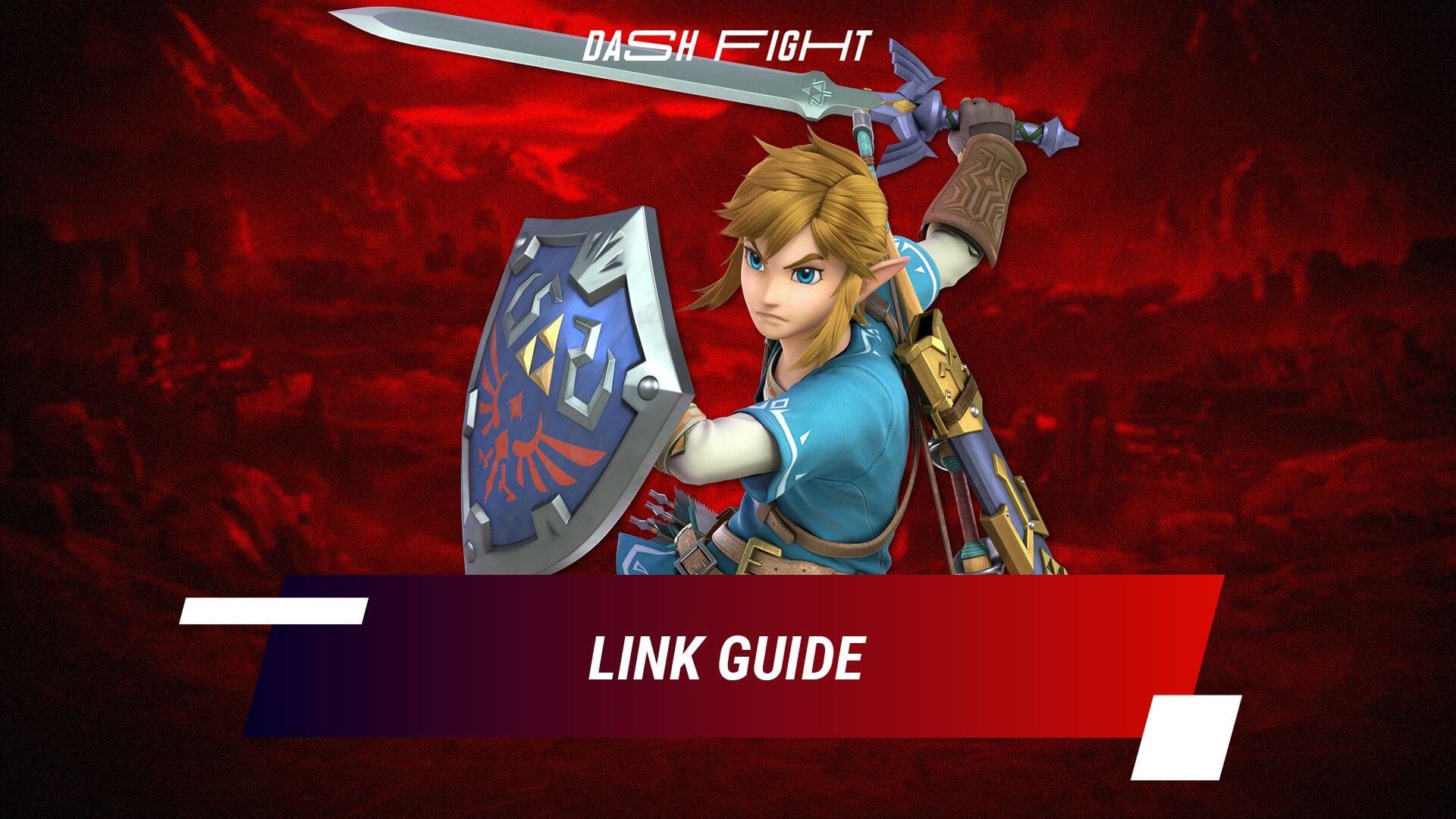 Nintendo
#Guide#Evergreen
The sword of this guy knows how to deal with dangers, so beware you, SSBU opponents!

Link is one of the most famous heroes in the gaming culture - even if games with him don’t mention his name. In The Legend of Zelda, this guy fearlessly destroys evil powers, rescues his beloved princess, and saves the world. Link does this multiple times, so probably he deserves some changes in the pace of his adventures. What about taking him to a Smash Bros. fight instead of traveling to Hyrule once again?

In this SSBU guide on DashFight, we talk about attacks and moves of Link. Learn how to play this Nintendo hero and get many glorious victories!

Many dangers of Hyrule

The story of Link has been told in many games. Most of them have a very similar pattern. Dangerous creatures start appearing all over the virtual land of Hyrule, so Link takes a sword and clears the neighborhood from evil. He goes into dark dungeons to collect pieces of the mystical artifact Triforce. Various weapons and items help in this mission, and the goal is even more important than just saving the world - Zelda has been captured by Ganondorf…

This story may seem a bit similar to the Mario games. In fact, both series have been created by one man, Shigeru Miyamoto. But these similarities have nothing to do with gameplay and the general atmosphere. If you never played The Legend of Zelda, treat yourself to this experience!

There are quite a few games in the Zelda series. Let’s mention the best:

So, what’s the difference between three incarnations of Smash Ultimate Link?

How do you unlock Link in Super Smash Bros. Ultimate?

You don’t have to unlock this fighter - Link is available in SSBU from the very beginning as one of the eight default characters.

Where is Link in Super Smash Bros. Ultimate World of Light? In Adventure Mode, you will find Link in the Southern Great Plateau.

Link is quite a versatile fighter. He is good at long-range battles thanks to his projectiles. The sword gives him power in middle-range fights. Still, when an opponent plays very aggressively on the close range, Link may have no options to escape the pressure of fast attacks.

This fighter is very good at edge guarding. He has a good movement speed and battles well in the air. Almost all attacks in the Link Smash Ultimate moveset are quite straightforward. Only the Remote Bomb may cause some difficulties for the beginners in the game.

Special Attacks of Link in SSBU

Let’s take a look at bread and butter combos of Link:

Down Throw - Up Tilt

Down Throw - Down Tilt

Down Special - Back Air - Up Special

Down Special - Forward Air - Up Special

If you really want to know how to play Link Smash Ultimate, take this guy into the fight and enjoy many matches. Practice makes perfect, and all the guides can only show you direction for self-improvement and gaining a better Global Smash Power. The same is true for Link combos in SSBU - try to come up with your own ideas and see how they work for your unique playing style.

To get more info on the game basics, check out our Super Smash Bros. Ultimate Guide for beginners.

For more SSBU articles and news, stay tuned to DashFight on Facebook and Twitter! Don’t forget to join our community on Discord.