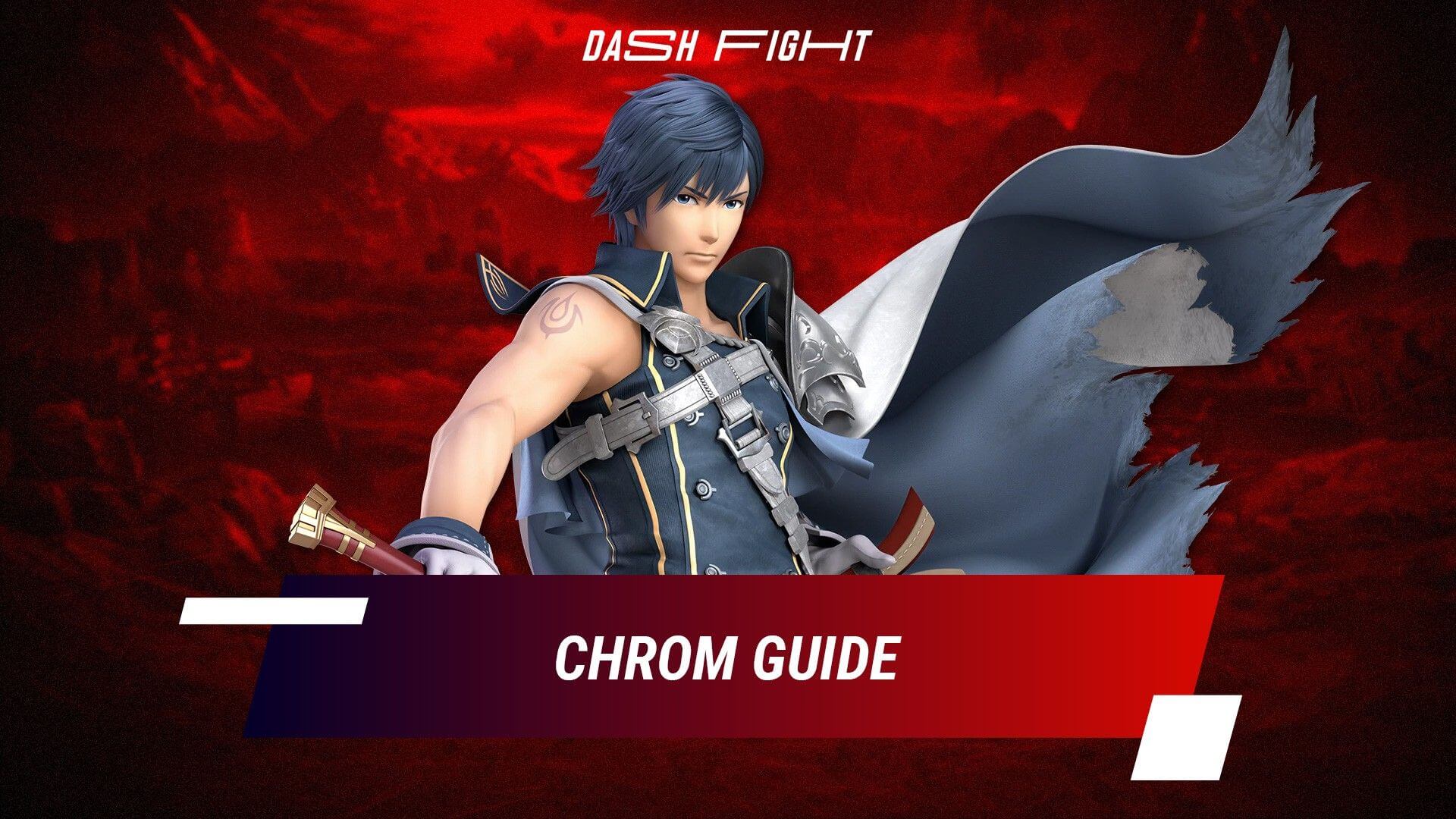 Nintendo
#Guide#Evergreen
This prince proved himself as a powerful warrior in the world of Fire Emblem Awakening. And he can be a very successful fighter in SSBU

In Super Smash Bros. Ultimate, we have quite a few characters from the Fire Emblem franchise. It’s a unique chance for fans of this series to try and control their favorite personalities directly and not through the turn-based actions. Chrom is one of such guys. Our guide on DashFight describes the origins and unique features of this fighter. Would you like to know how to play Chrom Smash Ultimate? Then you are already in the right place!

SSBU connects heroes from games of super different genres. One of the most unusual (in comparison to Nintendo characters) is Bayonetta, a powerful witch from a hack-and-slash action. Check out our Super Smash Bros. Ultimate guide on how to play Bayonetta.

Have you played Fire Emblem Awakening? It’s an awesome tactical role-playing game for the Nintendo 3DS consoles. Chrome is one of the main heroes there. He is a prince of the country named Ylisse. With friends, he fights against evil forces and saves the world from… oh, let’s stop here! You better get your copy of the game and enjoy the story with no spoilers.

We can only explain the battling system here. It’s common for the whole Fire Emblem series. Players move their characters on the battleground like chess pieces, giving them various commands - attack enemies or support allies, for example. On the Nintendo Switch, you can play Fire Emblem: Three Houses.

Chrom is a very charismatic character. In the Awakening game, you have to take him to all the battles. His death means the end of the game, and you should protect him from danger. So, at the end of that adventure, players often feel an emotional connection to the prince - and this is a perfect basis for taking him into Super Smash Bros. Ultimate matches.

In fact, such a connection is needed for any fighter if you plan to make him or her your primary one - not only for Smash Ultimate Chrom. Have you played a lot of Mario games? Then this brave guy may become your best choice for SSBU as well.

Many SSBU characters were present in the previous games of the Super Smash Bros. series. But some fighters in the roster are newcomers (such as Incineroar). Chrom Super Smash is somewhere in between.

You can play this character for the first time (Chrom was present during the Final Smash of Robin in Super Smash Bros. 4). And still, his moveset is strongly based on a veteran of this fighting - Roy, originated in Fire Emblem: The Binding Blade. Roy was available in Super Smash Bros. Melee and 4. Chrom is an Echo Fighter of Roy.

Still, Super Smash Bros. Ultimate Chrom has a significant difference in the fighting style. His attacks don’t have sweet spots and deal damage with the entire blade (this also means no sour spot, or decrease of the attack power in a distance). Also, Chrom Smash Bros. Ultimate has a different animation of some attacks.

In the fighting game, Chrom is as powerful as in his original adventures - he is a noble prince after all. But players need to be rather well-skilled to control this power (even to the level of understanding Frame Data). If you perform Chrom combos flawlessly and know Chrom moveset perfectly, you can keep the opponents in constant tension and win easily. On the other hand, bitter mistakes can wipe out all the efforts and make Chrom Ultimate vulnerable.

Many players consider Chrom Super Smash Bros. one of the best in the game - even better than Roy thanks to the battling with no sweet/sour spots. But the guy may be difficult for beginners, so you may need to feel the general atmosphere with other characters before learning how to play Chrom.

This character is very fast (his speed even reminds Sonic). This is a good advantage over such heavy fighters as Bowser.

How to get Chrom in Smash Ultimate?

Play the game in various modes and you’ll get the prince.

How to unlock Chrom in the Classic Mode? Complete it 7 times as Yoshi or a character unlocked by him

How to unlock Chrom in World of Light? You will be able to get him after defeating Galeem. You’ll be transported to a dark world. Look for a transport panel in the bottom left corner of the map - it will lead you to the Sacred Land. Open a treasure chest there in the forest, take the content, and then step inside the chest. It will teleport you to another chest, and Chrom will be near that place.

How to unlock Chrom in Smash Ultimate Vs. Mode Matches? He is the 59th fighter unlocked in this mode.

Chrom in Smash is one of the best swordsmen and all his attacks are connected to this weapon. Use this Chrom guide as a clarification of the in-game chaos - when you can distinguish individual moves, you can better understand what to use in different situations and how to link the attacks into devastating combos.

Please, take a look at our SSBU guide for beginners! It’s very helpful for understanding the basics and making your practice with such heroes as Chrome even more effective.